Family seperations: Democrats refuse to be part of the solution

Given what we know about this being a bipartisan problem.. 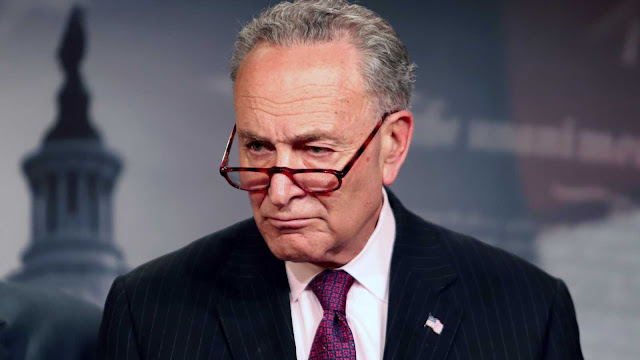 Senate Minority Leader Chuck Schumer (D-NY) rejected a GOP legislative proposal on Tuesday that would fix the border separation issue that has consumed the national news cycle over the last week.

"There are so many obstacles to legislation and when the president can do it with his own pen, it makes no sense," Schumer said, according to The Hill. "Legislation is not the way to go here when it’s so easy for the president to sign it."

"How many times has immigration legislation passed in this Congress? How many times?" Schumer continued. "Zero. It's an excuse from our Republican colleagues who feel the heat, don't want to attack the president, even though they know, they know legislation will take a very long time and is unlikely to happen, and the flick of a president's pen could solve this tomorrow."

Senate Majority Leader Mitch McConnell (R-KY) had said earlier in the day that he wanted the Senate to take up the bill immediately so they could put a permanent fix in place that would stop families from being separated at the border.

“We hope to reach out to the Democrats to see if we can get a result,” McConnell said. “Which means making a law and not get into some sparring match back and forth that leads to no conclusion.”

Leader McConnell ✔@SenateMajLdr
I support, and all of the members of the Republican Conference support, a plan that keeps families together while their immigration status is determined.

Schumer refused to answer if Democrats would work with Republicans on a legislative fix for the issue, saying, "Let's hope we never get to that. Let's hope the president does the right thing and solves the problem, which he can do."