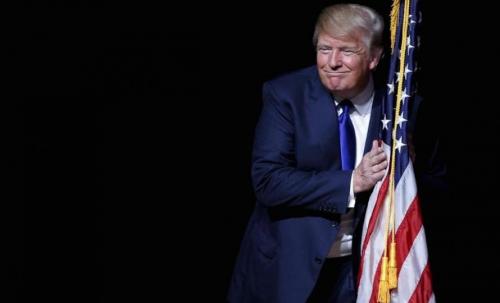 President Trump on Sunday said that those who enter the United States illegally should be "immediately" returned to their country of origin "with no Judges or Court Cases," adding that "Our Immigration policy, laughed at all over the world, is very unfair to those people who have gone through the system legally and are waiting on line for years!"

We cannot allow all of these people to invade our Country. When somebody comes in, we must immediately, with no Judges or Court Cases, bring them back from where they came. Our system is a mockery to good immigration policy and Law and Order. Most children come without parents...

"Immigration must be based on merit - we need people who will help to Make America Great Again" Trump added.

....Our Immigration policy, laughed at all over the world, is very unfair to all of those people who have gone through the system legally and are waiting on line for years! Immigration must be based on merit - we need people who will help to Make America Great Again!

While in line with fulfilling his campaign promises, Trump's comments are sure to dump jet fuel on the barnfire of controversy over separated migrant families at the southern U.S. border, after pictures of children in cages began to circulate, which the left attributed to Trump's new "zero tolerance" policy of enforcing Clinton, Bush and Obama-era immigration laws.

Mercedes Schlapp, White House Director of Strategic Communications, said "As we have said multiple times before, the administration does NOT prosecute those who seek asylum at our Ports of Entry......

Update: US Equity futures are down following the reports that Trump is planning to restrict Chinese investment in US companies...

And while Chinese stocks are up marginally, Yuan continues to slide as chatter escalates that China is "weaponizing" the Yuan in retaliation to Trump's actions...

JOHN MCAFEE SAYS HE HAS BEEN POISONED, AND TELLS CULPRITS: 'YOU WILL SOON UNDERSTAND THE TRUE MEANING OF WRATH'

And for those who did this - You will soon understand the true meaning of wrath. I know exactly who you are. Youh had better be gone. 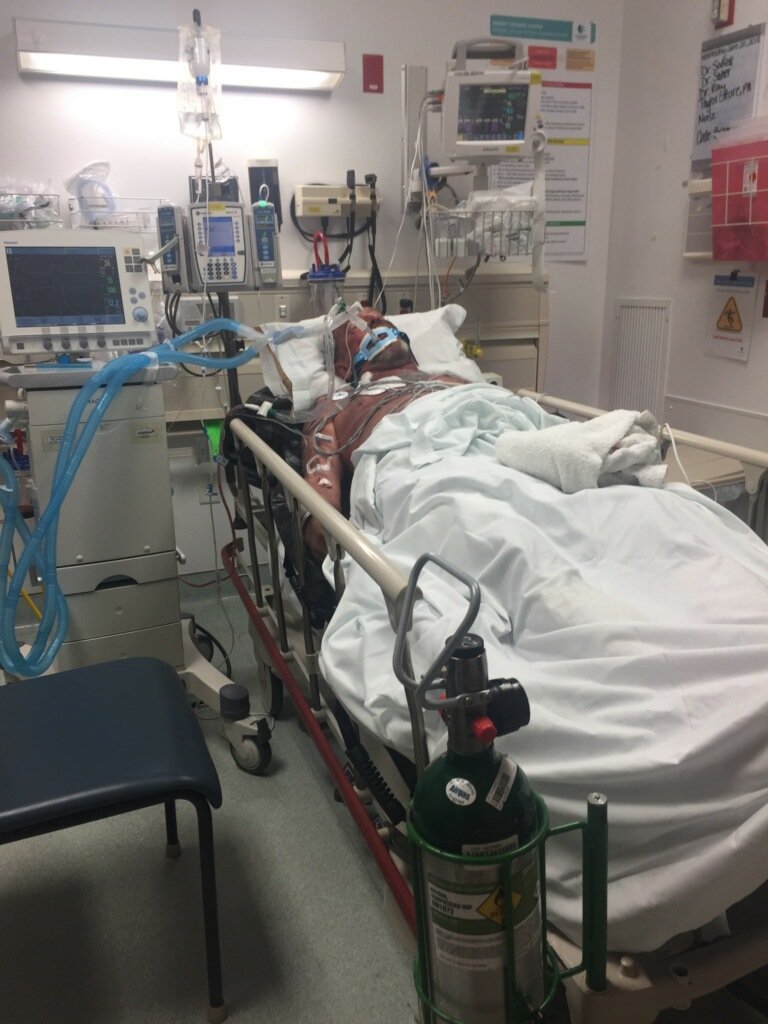 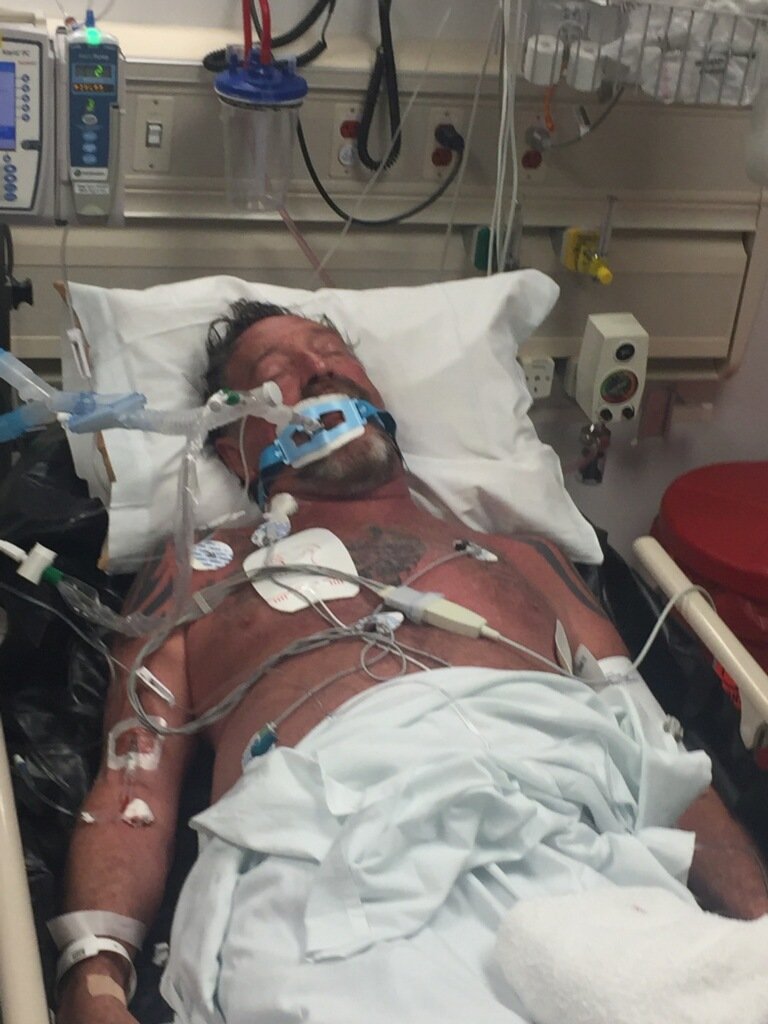 Cyber security pioneer John McAfee has claimed “incompetent enemies” have poisoned him, just one month after telling The Independent that he feared for his life.

The founder of the eponymous antivirus company took to Twitter on Friday, 22 June, to share photos of himself lying in a hospital bed covered in tubes.

“I apologise for my three day absence but I was unconscious for two days at the Vidant Medical Centre in North Carolina and just woke up,” McAfee tweeted.

“My enemies maged [sic] to spike something that i ingested. However, I am more difficult to kill than anyone can possibly imagine. I am back.”

Mr McAfee did not immediately respond to a request for further comment about whether he thought it is related to fears that nefarious actors want to kill him.

In a series of videos posted to YouTube last month, Mr McAfee said issues with the US Securities and Exchange Commission (SEC) had forced him to go on the run.

His involvement with various cryptocurrency companies led to him being served with a subpoena by the SEC in 2016.

“We are in a five-vehicle motorcade,” Mr McAfee told The Independent in May. ”All vehicles driven by ex-military special forces and filled to the brim with heavily-armed security personnel.

“I purposely and publicly committed a felony this morning to call the SEC out [in the videos]. I’m mad as hell and I’m not taking any more s*** from corrupt-to-the-core government agencies.”

Mr McAfee has previously claimed that violent cartels have attempted to kidnap him on several occasions over the last few years, most recently in September. Those attempts, he says, relate to his time in Belize when he was caught up in the investigation of the murder of his neighbour in 2012.

As a result, Mr McAfee lives with armed security guards at his heavily fortified home in Lexington, Tennessee.

Mr McAfee shared more photos on Twitter, showing him and his wife Janice McAfee giving the middle finger to the camera.

“And for those who did this – You will soon understand the true meaning of wrath,” he also tweeted.

In response to one well wisher, Mr McAfee said: “It takes more than poison, bullets or hanging to kill me. All three have been tried more than once.”


Jogging on Canadian beach to two weeks in US detention 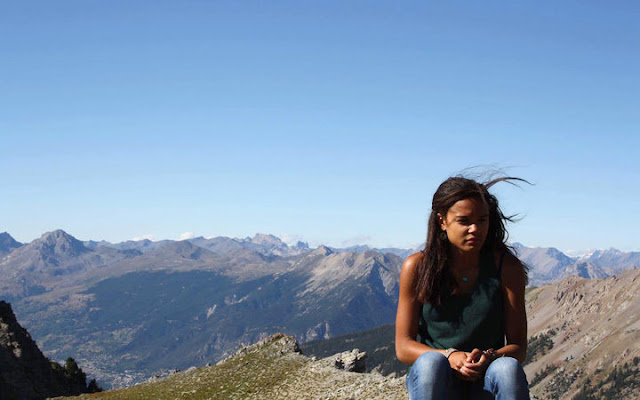 A French woman who went for an evening jog along a Canadian beach spent two weeks in US immigration detention after straying across the border.

Cedella Roman, 19, who was visiting her mother in British Columbia, decided to run along the beach that leads to Canada's border with the United States on 21 May.

Ms Roman told Canadian media she turned onto a dirt path for a few metres as the tide rose, and stopped to take a picture before retracing her steps.

She was then confronted by two US border patrol agents who arrested her for crossing into Blaine, Washington.

"He started telling me that I had crossed the border illegally and I told him I really did not do it on purpose," Ms Roman told Radio-Canada.

Antifa members are praising a New York University faculty member for creating a database of more than 1,500 ICE employees, which multiple online platforms have since removed for violating "doxxing" policies.

Sam Lavigne, a “Something in Residence” at NYU, promoted the list on Tuesday via Twitter and other platforms, drawing the attention of Github, which proceeded to remove the list from its site after determining that it constituted “doxxing and harassment, and violating a third party’s privacy.”

Maxine Waters Calls For Attacks On White House Employees: "Create A Crowd And Push Back On Them"

Congresswoman Maxine Waters (D-CA) openly called for people to form a mob and physically confront members of Donald Trump's administration if they see them out in public after controversy over separated migrant families erupted two weeks ago.

Waters, who doesn't live in the district she represents and paid her daughter $750,000 for Democratic fundraising activities, said to a crowd at a "Keep Families Together" rally on Saturday: "If you see anybody from that Cabinet in a restaurant, in a department store, at a gasoline station, you get out and you create a crowd and you push back on them, and you tell them they’re not welcome anymore, anywhere."

US Navy planning to build military camps to jail 120,000 immigrants

draft memo leaked to Time magazine Friday reveals preparations by the United States Navy to build sprawling internment camps to house over 120,000 undocumented immigrants. Massive camps housing nearly 50,000 each are being proposed in Northern and Southern California, close to the country’s largest immigration populations, with an initial 25,000 to be housed on military bases in Alabama.

The capacity of the new facilities would match the total number of Japanese and Japanese-Americans detained during World War Two. This follows a separate Department of Defense announcement Thursday that the military will erect detention camps on four Army bases in Texas and Arkansas that will hold another 20,000 migrant children.

The establishment of military prison camps on American soil marks an ominous milestone in US history. These are being erected to detain not only immigrants, but also striking workers, protesters against police violence, and all who resist conditions of deepening exploitation, war and dictatorship. This police state policy is aimed at the entire working class.

Indicative of the complicity of the corporate media in these dictatorial moves, neither NBC, ABC nor CBS mentioned the proposal for the Navy to set up concentration camps on their Friday evening news broadcasts

FBI sends classified letter to House GOP on use of informants in Trump campaign http://www.foxnews.com/politics/2018/...

The view from the Right

Dear America, The LEFT Has Declared War On You


Dear America, the societal left has declared war on you.