Another warning of extinction

A top climate scientist is warning that climate change will wipe out all of humanity unless we stop using fossil fuels over the next five years.

In a recent speech at the University of Chicago, James Anderson — a professor of atmospheric chemistry at Harvard University — warned that climate change is drastically pushing Earth back to the Eocene Epoch from 33 million BCE, when there was no ice on either pole. Anderson says current pollution levels have already catastrophically depleted atmospheric ozone levels, which absorb 98 percent of ultraviolet rays, to levels not seen in 12 million years. 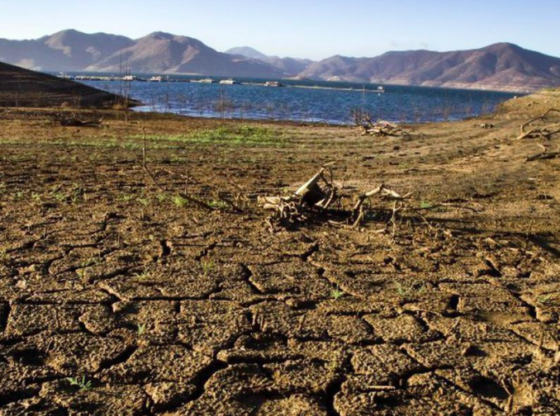 Anderson’s assessment of humanity’s timeline for action is likely accurate, given that his diagnosis and discovery of Antarctica’s ozone holes led to the Montreal Protocol of 1987. Anderson’s research was recognized by the United Nations in September of 1997. He subsequently received the United Nations Vienna Convention Award for Protection of the Ozone Layer in 2005, and has been recognized by numerous universities and academic bodies for his research.

While some governments have made commitments to reduce carbon emissions (Germany has pledged to cut 95 percent of carbon emissions by 2050), Anderson warned that those measures were insufficient to stop the extinction of humanity by way of a rapidly changing climate. Instead, Anderson is calling for a Marshall Plan-style endeavor in which all of the world takes extreme measures to transition off of fossil fuels completely within the next five years.

Recovery is all but impossible, he argued, without a World War II-style transformation of industry—an acceleration of the effort to halt carbon pollution and remove it from the atmosphere, and a new effort to reflect sunlight away from the earth’s poles.

This has do[sic] be done, Anderson added, within the next five years.

“The chance that there will be any permanent ice left in the Arctic after 2022 is essentially zero,” Anderson said, with 75 to 80 percent of permanent ice having melted already in the last 35 years.

Anderson’s prediction of Arctic sea ice disappearing by 2022 may be closer to reality than a lot of us would hope. In 2016, University of Reading professor Ed Hawkins compiled global temperature data dating back to 1850, prior to the Industrial Revolution of the early 20th century and the oil boom, and turning the data into a time-lapse GIF. The most alarming part of the data showed that temperatures began rising exponentially faster at the start of the 21st century and show no signs of slowing down: 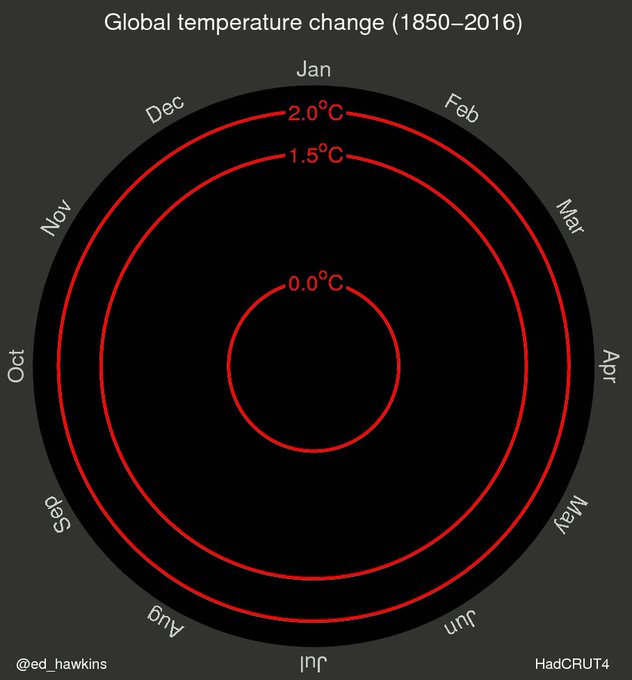 The good news is there are a relatively small amount of culprits responsible for the vast majority of carbon emissions, meaning governments know who to focus on. As Grit Post reported in July of 2017, more than half of all carbon emissions between 1988 and 2016 can be traced back to just 25 fossil fuel giants around the world. 10 of those 25 top emitters are American companies, meaning the onus is largely on the United States to rein in major polluters like ConocoPhillips, ExxonMobil, Chevron, and Marathon Oil. Other offenders include Chinese companies extracting and burning coal, and Russian oil conglomerates like Rosneft, Gazprom, and Lukoil.

However, the bad news for humanity is that as long as Donald Trump is President of the United States, swift action to combat climate change seems unlikely prior to 2020, given that Trump pulled out of the Paris Climate Accords and refuses to even acknowledge the threat of climate change despite warnings from U.S. government agencies like the Department of Homeland Security and the Department of Defense.