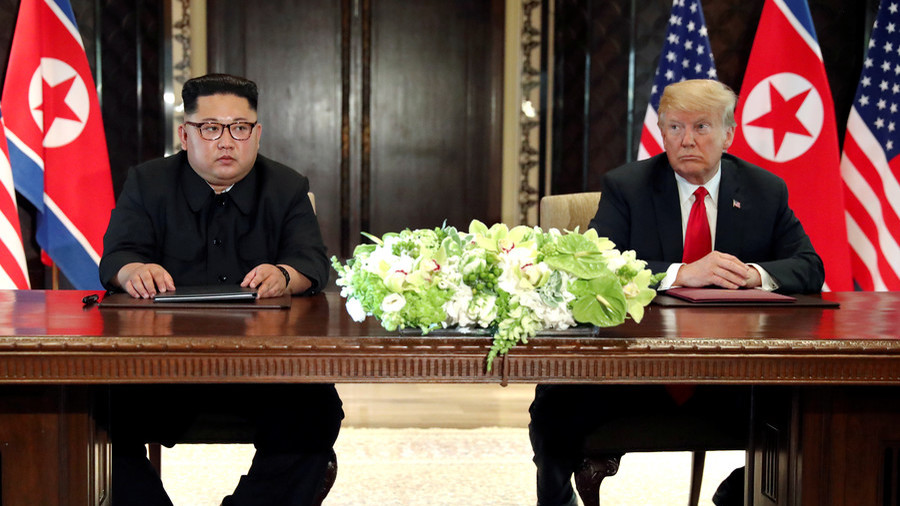 Donald Trump has declared that North Korea still poses an “extraordinary threat” to the United States, just days after saying that the country’s nuclear program no longer constituted a danger.

In an executive order on Friday, the president extended for one year the so-called “national emergency” with respect to the nuclear-armed nation, re-authorizing economic restrictions against it.

While expected, the declaration comes just nine days after Trump tweeted: “There is no longer a Nuclear Threat from North Korea,” following his summit with North Korean leader Kim Jong-un in Singapore.

Just landed - a long trip, but everybody can now feel much safer than the day I took office. There is no longer a Nuclear Threat from North Korea. Meeting with Kim Jong Un was an interesting and very positive experience. North Korea has great potential for the future!

The order appears to undermine the president’s claim.

It states that “the existence and risk of proliferation of weapons-usable fissile material” and the actions and policies of the North Korean government “continue to pose an unusual and extraordinary threat to the national security, foreign policy, and economy of the United States”.

The national emergency has been in place since 2008 and is a sign of the enduring tensions between the US and North Korea that spiked last year as the North moved closed to perfecting a nuclear-tipped missile that could reach American soil, but ebbed with the 12 June summit where Kim agreed to “complete denuclearization” of the Korean peninsula.


The two sides, however, still have to negotiate the terms under which the North would give up its nukes and win relief from sanctions – a goal that has eluded US administrations for a quarter-century.

Trump claimed at a cabinet meeting Thursday that denuclearization had already begun, although his defense secretary, James Mattis, told reporters a day earlier that he wasn’t aware that North Korea had taken any steps yet toward denuclearization, and that detailed negotiations have not yet begun

Trump prolongs sanctions against North Korea for another year

Despite a recent thaw in relations with Kim Jong-un, President Donald Trump is renewing US sanctions on North Korea for another year, justified by “an unusual and extraordinary” nuclear weapons threat.

“The actions and policies of the government of North Korea, including its pursuit of nuclear and missile programs; and other provocative, destabilizing, and repressive actions and policies… continue to constitute an unusual and extraordinary threat to the United States,” read a White House statement on Friday. 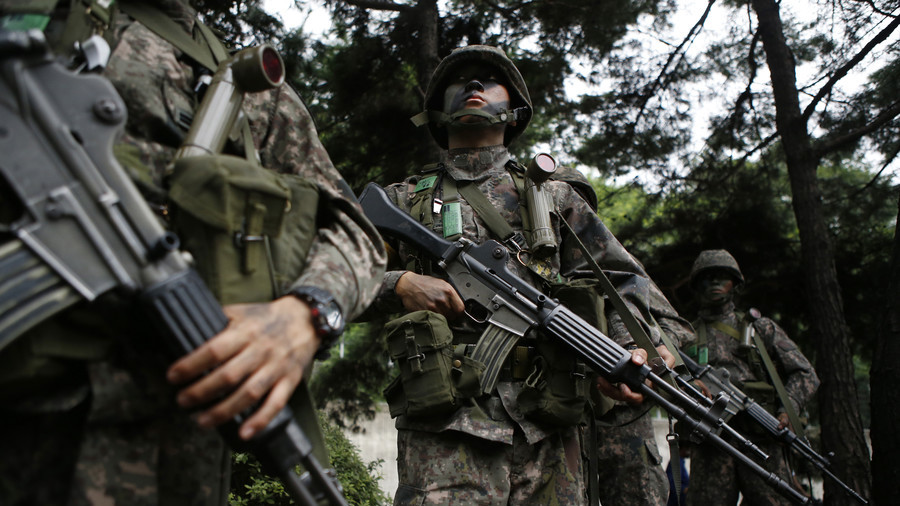 The US continues to wind down the scope of its military activity on North Korea’s doorstep, with the Pentagon announcing on Friday it was “indefinitely” suspending two joint training programs with Seoul.

The exercises, which were scheduled to take place within the next three months, have been put on hold with an open-ended date, Pentagon spokesperson Dana White announced on Friday. The drills in question are a part of the marine exchange training program between the US and South Korea.

"To support implementing the outcomes of the Singapore Summit, and in coordination with our Republic of Korea ally, Secretary Mattis has indefinitely suspended select exercises,” White said.

The Pentagon also confirmed that the suspension of Ulchi-Freedom Guardian war games that were set for August would last for an “indefinite” period as well.

“This includes suspending FREEDOM GUARDIAN along with two Korean Marine Exchange Program training exercises scheduled to occur in the next three months," the spokesperson said.

The South Korean ministry hinted that the allies were ready to cut back their military operations in the region further, addressing the long-held concerns of Pyongyang “should North Korea follow suit with productive cooperation.”

Earlier, the White House said that Washington would pause the drills for as long as North Korea continues acting in good faith

Washington and Seoul used to flex their military muscles with an array of joint military exercises every year, each time sparking anger in Pyongyang, which views large-scale hostile military activity off its borders as a potential disguise for an invasion. Following the summit with North Korea’s leader Kim Jong-un in Singapore, where US President Donald Trump first promised to halt “very expensive” and “provocative” drills with South Korea, he has doubled down on his pledge, saying last week that it was his “request” to stall the preparations. Trump noted that if the US proceeded with the drills while the negotiations were underway, it would have cast a “bad light” on the country.

In the months before the Trump-Kim meeting, the US and South Korea staged a number of joint exercises, including the annual Foal Eagle drill in April that involved some 11,500 US troops and tens of thousands South Korean troops.

The Max Thunder drills in May, featuring US strategic bombers and stealth jets, left the future of the summit hanging in the balance, as Pyongyang called off talks with South Korea and threatened to do the same with regards to the planned Trump-Kim meeting.

Despite what is seen as a budding thaw in relations between the parties, Washington is not in a hurry to ease its unilateral economic sanctions against North Korea. On Friday, Trump renewed them for another year citing “its pursuit of nuclear and missile,” while branding it “an unusual and extraordinary threat to the United States.” Pyongyang is also under several rounds of international sanctions, which were adopted by the UN Security Council, targeting its nuclear and missile programs.