Analysis is no the same as advocacy. My sentiments align with James Howard Kunstler on this subject entirely:

“I’m in the peculiar position of not being a partisan of President Trump, and yet being a publicly avowed enemy — if there’s any doubt — of the Resistance, especially these days its institutional branch known as the Democratic Party. What a ragtag and bobtail of mendacious cowards it has become.” 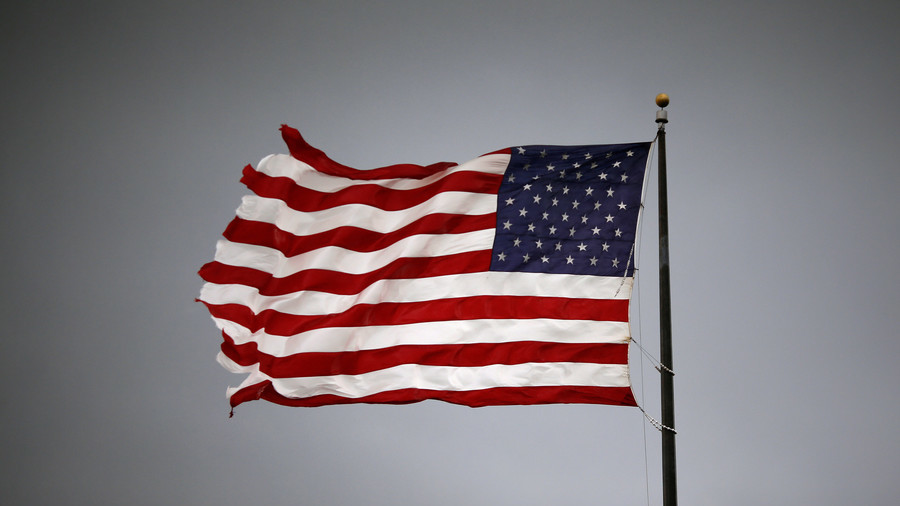 From celebrities calling on citizens to take to the streets, to members of Congress calling for the public harassment of White House officials, to mob justice at restaurants — is the US heading toward a new kind of Civil War?

Well, some people think the seeds of a new Civil War have already been sown — and in a recent article, University of Tennessee Law Professor Glenn Harlan Reynolds argued in a USA Today column that this new war is indeed “well underway.”

Reynolds was echoing similar comments from political scientist Thomas Schaller who wrote in a recent Bloomberg column that America is “at the beginning of a soft civil war,” and author Tom Ricks who agreed that the country seems to be“lurching” in that direction.

Much of the recent disquiet has been spurred on by the Trump administration’s “zero tolerance” immigration policies and the decision to separate children from their parents at the US-Mexico border, but things have been bubbling up since Trump took office 18 months ago. 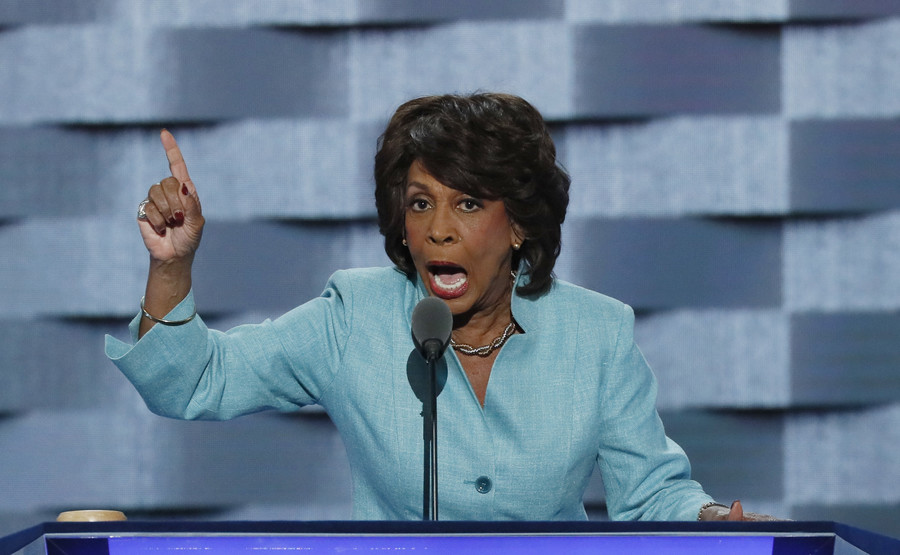 Representative Maxine Waters (D-California) caused a huge stir last week when she encouraged critics of the White House’s immigration policies to go out and harass members of the Trump administration in public. Waters made an impassioned call for citizens to ensure there would be “no sleep, no peace” for White House officials.

"If you see anybody from that cabinet in a restaurant, in a department store, at a gasoline station, you get out and you create a crowd. You push back on them. Tell them they’re not welcome anymore, anywhere," she said.

But her comments were so extreme and incendiary that it prompted a former secret service agent to call them “dangerous”and warned they “go beyond breaking the norms” of civil discourse and criticized her for “endorsing mob-rule to satisfy a political goal.”

Not long after Waters’ comments, White House Press Secretary Sarah Sanders was asked to leave a restaurant in Virginia because she works for the Trump administration.

READ MORE: God is on our side! Maxine Waters calls on restaurants, gas stations to boo Trump admin


2. ‘Surround their homes and schools in protest!’

Celebrities are getting in on the action, too, encouraging Americans to take to the streets in the millions to protest the Trump administration.

Last week, comments by actor Peter Fonda put the secret service on alert when he suggested that Trump’s 12-year-old son Barron should be taken from his mother Melania and put “in a cage with pedophiles” and that citizens should “surround the schools” of administration officials’ children in response to the child-separation policy.

Somewhat less dramatically, other Hollywood figures have called for protests and change. Actor John Cusack accused the Trump administration of “fascism” and “torturing” children — while musician Serj Tankian wrote on Instagram that the US is in a state of “utter regression” and that it is time for a “peaceful revolution.” 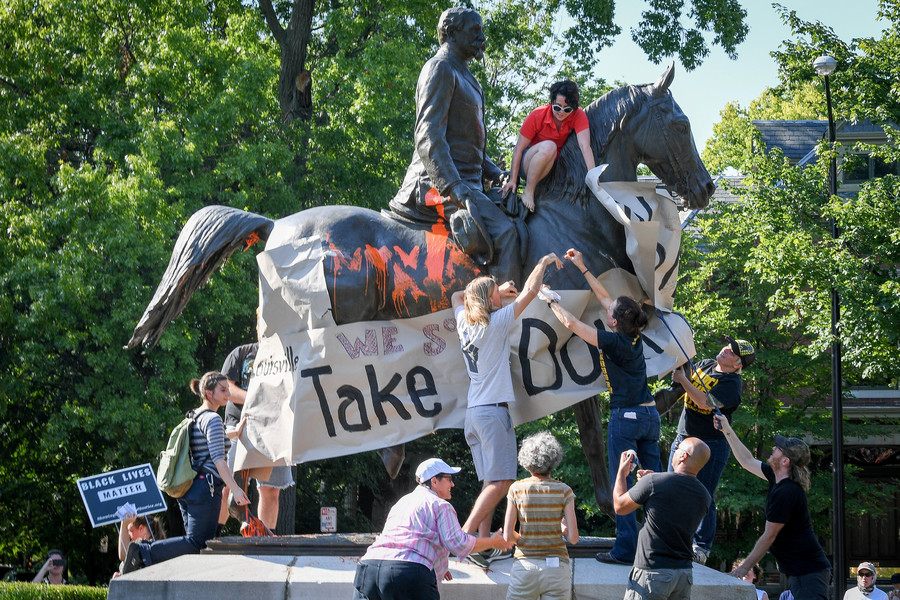 The fierce debate over the removal of confederate monuments and symbols across the US epitomizes the current political and social divide and the competing interpretations of American history, with one side believing the monuments revere figures who fought to maintain slavery while the other side believes they honor great patriots.

When white supremacist Dylann Roof killed nine black Americans attending a prayer service in Virginia in 2015, it prompted a movement to have Confederate monuments removed from public spaces across the country. More than 100 publicly-supported monuments and symbols have been removed since 2015 — but not without controversy and counter-protests. While monuments are being removed across the US, other groups are pushing for new ones to be erected.
Last year a ‘Unite the Right’ rally called in protest at the planned removal of a statue of Robert E. Lee in Charlottesville, Virginia turned violent when a protester drove a car through a crowd of counter-protesters, killing activist Heather Heyer.

All of this social discord is playing out, magnified, on Americans’ TV screens in a way that appears to be exacerbating the problem. Eager to up their ratings, news networks invite the most polarizing of guests for daily screaming matches to be beamed into people’s homes. Far from the days of simply favoring one news channel over another, now if Americans don’t like how something is reported, it instantly becomes “fake news” or “propaganda.”

In his article, Reynolds wrote that news media which “promote shrieking outrage in pursuit of ratings and page views, are making the problem worse” and reminisced about a time when Americans could disagree with each other without hating each other. 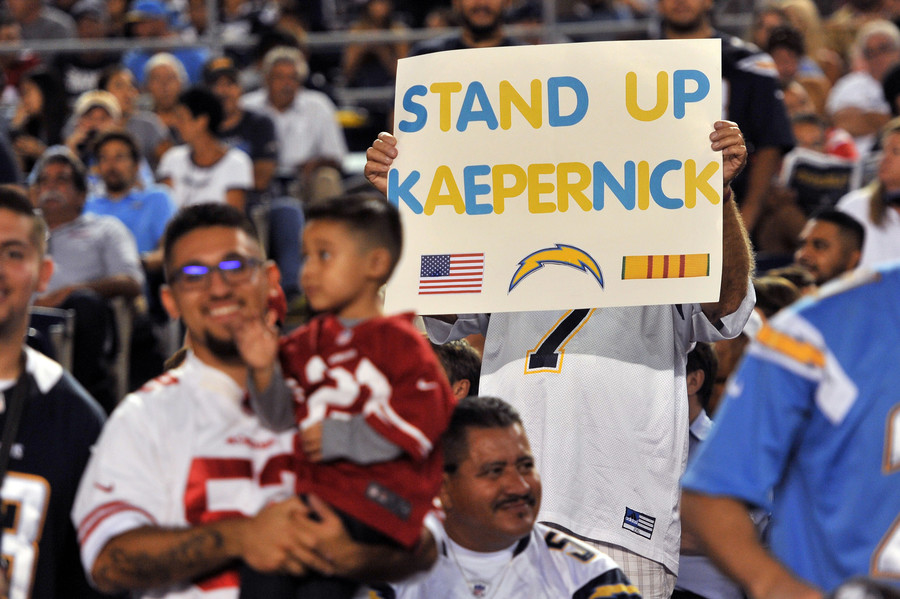 While all this is being played out on TV screens and social media, those at the fringes of society are feeling the effects of a sick system perhaps more than anyone. The socio-economic stratification of American society appears more obvious than it has at any time in recent years.

Inequality and rampant police violence against African-Americans prompted the NFL kneeling protests, which turned into a nationwide controversy between Americans who are proud of their flag and national anthem and all they stand for — and those who believe true freedom and justice have not yet come to America.
A devastating opioid crisis, one of the highest child poverty rates in the world, and a strict adherence to policies which make the poor poorer and the rich richer, have all helped take anger in America from a simmer to a boil.

Reynolds wrote that part of the problem now is that Americans don’t feel social ties which transcend politics. It’s all us vs. them — and nothing in between. He argues that churches, fraternal organizations and neighborhoods used to cross political lines, but that this America has “shrunk and decayed” and people are increasingly finding their identity only in politics.

Marriage counselors, Reynolds explains, say that a relationship is doomed to fail when the couple begin to view each other with contempt — and in America today, there seems to be nothing but feelings of contempt felt on both sides of the political spectrum.

This is what is coming out from the conservative Right


BREAKING! A MAJOR EVENT TO OCCUR TO START WAR IN AMERICA


But it is not all on one side

“I can’t wait for the vigilante squads to start gunning journalists down on sight,” the right-wing nationalist told Observer over text message, in response to a longer feature in development about an Upper East Side restaurant he is said to frequent.

When asked to elaborate on who specifically had upset him, Yiannopoulos explained that the statement was his “standard response to a request for comment.”
Posted by seemorerocks at 12:11