Ireland bracing for the hottest day in recorded history 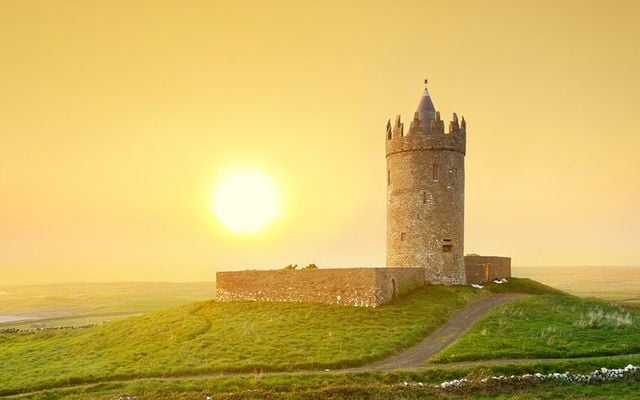 It's so hot in Ireland right now that you can no longer place bets on the weather.

As Ireland continued to sizzle in the heatwave yesterday on what was the hottest day of the year to date, bookies suspended betting on the 131-year-old record being broken for the highest temperature ever recorded in Ireland.

Mercury levels hit their highest ever point on June 26, 1887, when temperatures soared to 92F (33.3 C) within the grounds of Kilkenny Castle.

Sean Batty‏Verified account @SeanBattySTV
BREAKING: Glasgow and Renfrewshire have their hottest day on record with a high of 31.8C! This well exceeds the previous record set at Glasgow Weather Centre back in 1975, & Bishopton record of 28.6C in 2014. This is an extraordinary hot spell for June! #ScotScorchio 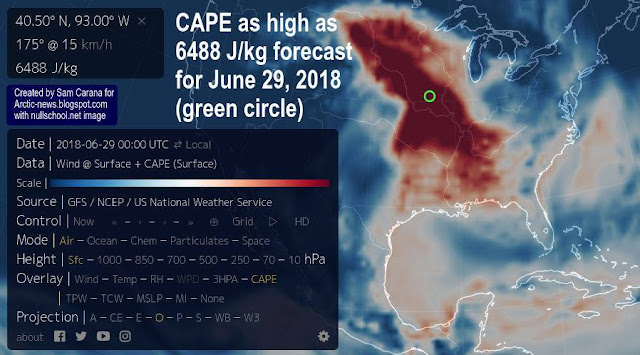 Severe storm & hail warning. Convective Available Potential Energy (CAPE) is forecast to be as high as 6122 J/kg on June 30, 2018, at the location in the United States marked by the green circle.

The huge amounts of additional energy in the atmosphere are in line with high temperatures over land and high sea surface temperatures. 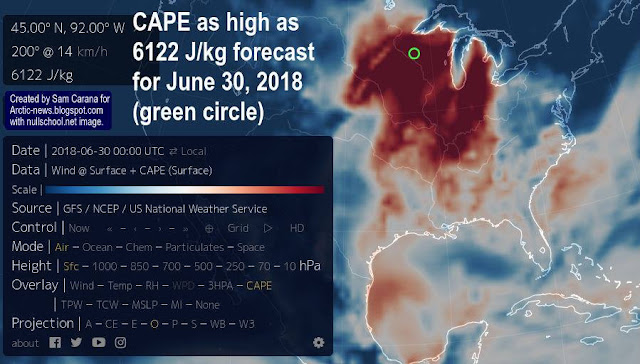 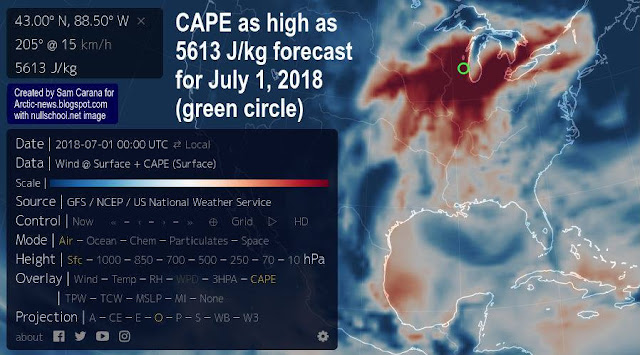 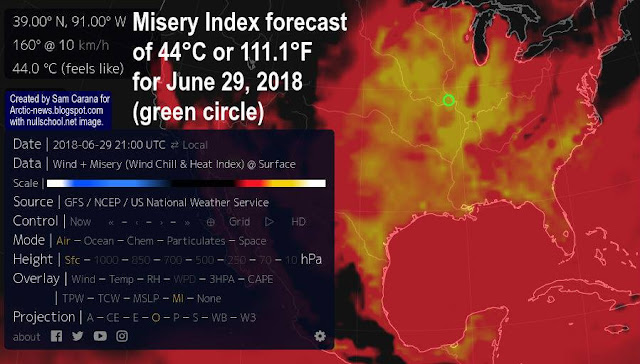 THE NATIONAL WEATHER SERVICE IN UPTON HAS ISSUED AN EXCESSIVE HEAT WATCH, WHICH IS IN EFFECT FROM SUNDAY AFTERNOON THROUGH MONDAY EVENING. *

Utah on fire: Wildfires erupt across the state 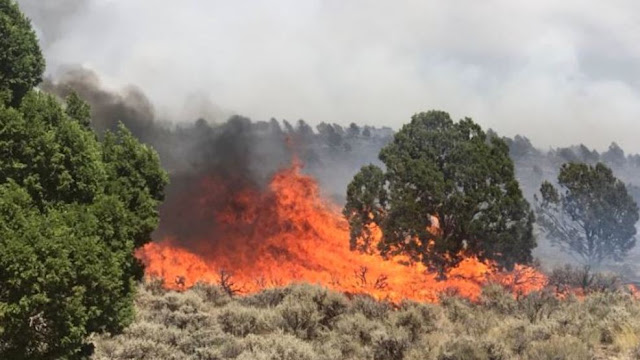 According to Utah Fire Info, 27 human-caused fires have been started in Utah over the past two days.

Crews on Friday were mopping up wildfires that had mostly been contained in Northern California, and no structures were being threatened
Posted by seemorerocks at 15:14