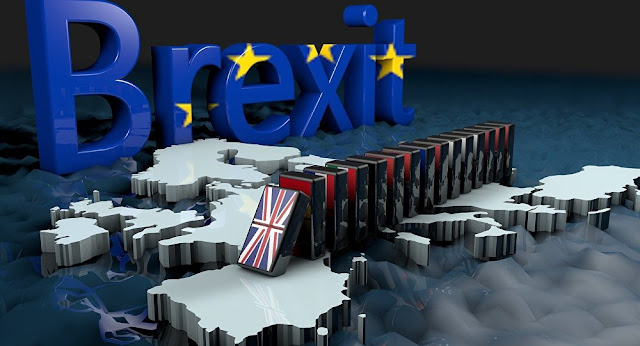 
The Speaker of the UK Parliament's House of Commons chamber has announced the EU Withdrawal Bill - that has undergone hundreds of hours of debate - had been signed into law by the monarch, to cheers from Conservative lawmakers.


"I have to notify the House in accordance with the Royal Assent Act 1967 that her Majesty has signified her royal assent to the following acts… European Union Withdrawal Act 2018," Commons Speaker John Bercow told lawmakers during a session of the house.
The UK PM Theresa May called the moment "historic."
Theresa May‏Verified account @theresa_may

The EU Withdrawal Bill receiving Royal Assent is a historic moment for our country and a significant step towards delivering on the will of the British people. 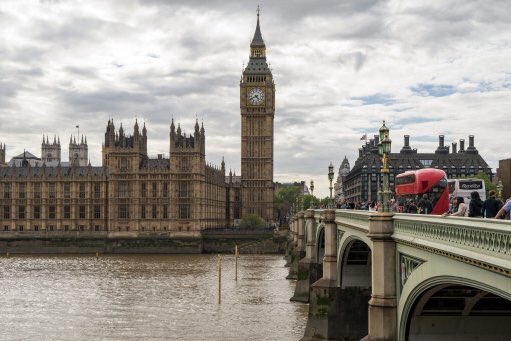 On June 21, the House of Lords of the UK Parliament approved the EU Withdrawal Bill, also known as the Brexit Bill, ending months of parliamentary debate on that issue. Following the vote, the Bill was set to receive the so-called Royal Assent to gain the status of a law.
READ MORE: House of Lords Pass UK's New Version of Brexit Bill
The EU Withdrawal Bill enables the implementation of Britain's exit from the European Union by repealing the European Communities Act 1972, the source of European Union law in the UK. Legislation made by EU institutions won't affect the UK anymore, with the majority of existing EU law becoming domestic UK law.
The document also upholds the Brexit day in British law as March 29, 2019 at 11pm (2300 GMT), defined by the end of the two-year Article 50 withdrawal process.
Since it was introduced in the UK Parliament, the Brexit Bill has undergone more than 250 hours of vigorous debate.
A journalist poses with a copy of the Brexit Article 50 bill, introduced by the government to seek parliamentary approval to start the process of leaving the European Union, in front of the Houses of Parliament in London, Britain, January 26, 2017. 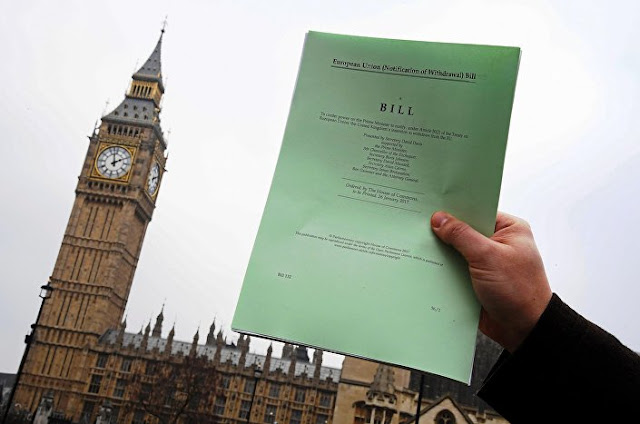 A journalist poses with a copy of the Brexit Article 50 bill, introduced by the government to seek parliamentary approval to start the process of leaving the European Union, in front of the Houses of Parliament in London, Britain, January 26, 2017.
Britain voted to leave the EU in a referendum on June 23, 2016. Brexit negotiations between Brussels and London have officially kicked off in June 2017 and are expected to conclude by end of March 2019.


From the UK Independent
Brexit: Divorce bill could be £10bn higher than Treasury estimates, MPs warn
Influential committee raises alarm at 'narrow' estimates of money Britain would have to pay to EU