ANTARCTIC ICE IS MELTING BECAUSE OF A PHENOMENON NOT SEEN FOR 7,000 YEARS

Warm waters melting Antarctic ice shelves may have appeared for the first time in over 7,000 years 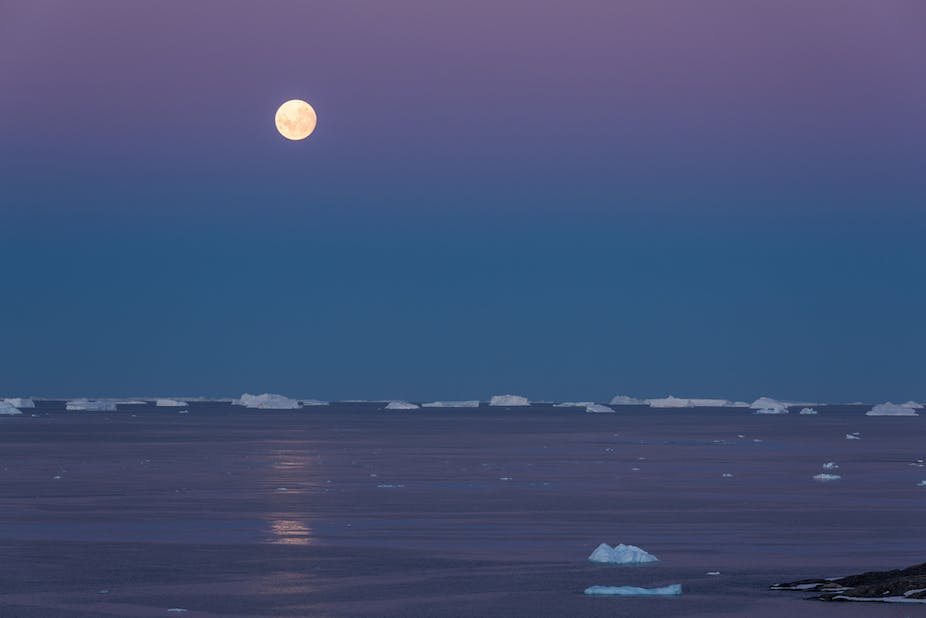 The vast expanse of the Antarctic is a region of the world particularly vulnerable to climate change, where ice loss has the potential to significantly increase sea levels.

Now, for possibly the first time in 7,000 years, a phenomenon known as “upwelling” (the upward flow of warmer ocean water to the surface), is thought to have caused recent ice shelf collapse around the continent – and the glacial thinning associated with it.
Ice shelves floating on water are the oceanic extension of land glaciers and ice sheets, and the primary region for ice loss. As these shelves break apart, the flow of continental ice held up behind them accelerates.
The ocean surrounding Antarctica is extremely cold, but water over 300m deep, Circumpolar Deep Water (CDW), is about 3⁰C above the melting point of ice. Normally, the very cold water above keeps this away from ice shelves. But in some areas, CDW is spilling onto the shallow Antarctic continental shelf, causing the ice to thin.
Ice shelf thinning has accelerated in recent decades, but the picture is not the same everywhere. While the east of the Antarctic has shown modest gains in ice thickness, the west has outstripped this with significant ice loss – up to 18% in vulnerable areas like the Amundsen and Bellingshausen Seas.
The pattern of ice loss and other observations indicate that warmer water upwelling beneath these ice shelves is driving it. But what has caused this upwelling? Is it related to human activity? And how concerned should we be?
Two teams led by scientists from the British Antarctic Survey, both of which I have been working with, set out to tackle these precise questions by focusing on two vulnerable areas. One site is in Pine Island Bay, in the Amundsen Sea, and the other is in Marguerite Bay, in the Bellingshausen Sea.
The aims of the studies are similar – to monitor the extent of upwelling warm water onto the continental shelf over the past 10,000 years, in order to understand when this last occurred and what the impact was.
This involves collecting and sampling “cores” of sediment up to 10m long from the sea bed at a range of depths up to 900m. Obtaining suitable cores is particularly challenging in these remote locations, where glacial dynamics often disturb the sediment.

Much of the evidence for past oceanography comes from tiny shells of amoeboid organisms called foraminifera. A huge variety of species colonise habitats on the sea floor and make up much of the sediment collected. There can be hundreds of shells in just one gram of sediment. 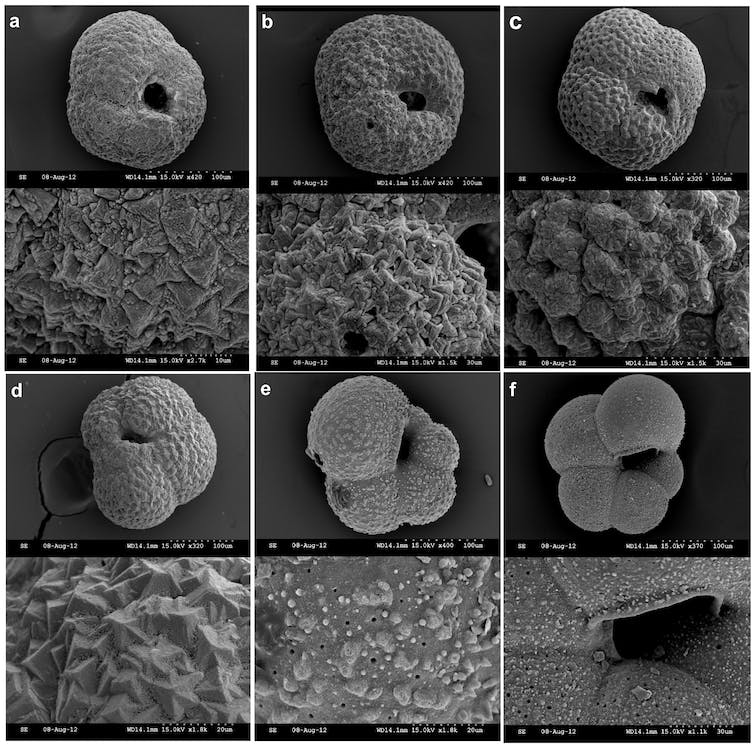 Forams are extremely valuable, as their shells are made of calcium carbonate precipitated from the ocean water in which they lived. Examining these shells allows us to reconstruct the chemistry of ocean water.
There were two geochemical tracers used for warm CDW in Pine Island Bay – the proportion of carbon isotopes, and the magnesium to calcium ratio controlled by water temperature. Both of these showed CDW was last on the inner shelf over 7,500 years ago.
In Marguerite Bay, shells of another plankton group called diatoms were also analysed. These indicate past productivity and sea surface temperatures. They showed that CDW was persistently on the shelf here over 7,000 years ago, and more sporadically since then.
Tellingly, the enhanced upwelling of warm CDW in both locations negatively impacted the local extent of ice.

Data llustrating the apparent link between winds and ocean around western Antarctica. The migration of the southern hemisphere westerly winds (SHWW) coincide with upwelling of Circumpolar Deep Water (CDW) in the Amundsen Sea.

This coincidence of timing with the onset of industrialisation shows it is possible that human made greenhouse gasses, thought to cause atmospheric warming, are having an impact on the position of the winds, the increase in warm water reaching the surface, and ultimately the melting of more ice in the Antarctic.

Irrespective of the causes of past changes in SHWW positions, the link between winds and ocean upwelling is cause for concern, as future projected global warming may shift SHWW belts and promote further upwelling and melting. More research is now needed to fully understand the link between CDW and past climate, and to estimate the strength of upwelling since the 1940s compared to upwelling before 7,000 years ago. But the emerging picture is one of the potentially increased vulnerability of West Antarctic ice sheets, and possible future sea level rise.