The Australian fascist state and media's attack on New Zealand

The attacks on the new Labour-Green-NZ First givernment mount before they have even announced their Cabinet and enounced their policies – this time from Rupert Murdoch’s mouthpiece, the Australian.

Reading the article you could forget you are reading one of Australia's main daily newspapers and make the mistake of thinking this was from the comments on Kiwiblog or from Whaleoil.


I would not be surprised if there is full-blown sabotage by the banks, foreign businesses, intelligence services, neo-liberal “public service” if the government tries to put their policies into practise.

I have no illusons about what they are up against. 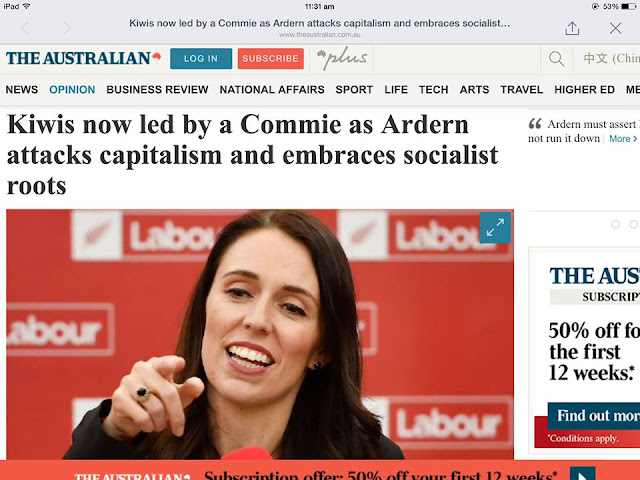 
New Zealand’s new prime minister-designate’s take on capitalism. Jacinda Ardern on New Zealand’s Channel Three, Saturday:
When you have a market economy, it all comes down to whether or not you acknowledge where the market has failed and where intervention is required. Has it failed our people in recent times? Yes.

Ardern is not heeding this newspaper’s sage advice. The Australian’s editorial, Friday:


Ms Ardern has promised intervention in the housing market. Mr (Winston) Peters will demand a clampdown on migration. But they would be foolish to overturn the direction of recent years.

We can hardly be surprised since Ardern is the former head of the International Union of Socialist Youth ... Ardern at the IUSY festival in Hungary, July 21. 2009:

We are losing ... I don’t just mean against the neoliberal agenda we are all fighting.


Neoliberalism has been pretty good for Kiwis when you think about it. The Australian’s editorial, Friday:

Unemployment is under 5 per cent and the IMF projects New Zealand is heading for a surplus of 2.8 per cent of GDP in 2022, which would outdo all other 25 advanced countries except oil-rich Norway.

With everyone discussing the economic crisis, we called it what it was: A neoliberal crisis.

John Key was talking about the economic crisis when he ran against the failing Labor-NZ First government. The then-opposition leader in Auckland, October 13, 2008:

Labour doesn’t have what it takes to get us through this one. They have ignored the evolving economic crisis and they have done so at your peril.

New Zealand’s business leaders have praised retiring Prime Minister John Key for restoring pride in his people and for standing for a decade at the forefront of world leaders for his economic and social reforms.

Ardern has a slightly different worldview ... The Socialist Youth Festival in Hungary, July 21, 2009:

I want to invite the leaders of our delegations on to the stage to join us in The Internationale.

Political leaders who didn’t know the world before the (Berlin) wall came down. And haven’t been educated about it. A worry.

New Zealand has enough to worry about other than socialism at the moment. The Australian online, Saturday night:

Australia has hung on to defeat New Zealand 23-18 in an epic if untidy Test match at Suncorp Stadium tonight.

And some Kiwis think Ardern may be to blame ... NZ Herald, yesterday:

They (the All Blacks) have never won a World Cup while we have had a female politician on the top floor of the Beehive. The ABs have bombed out of World Cups while Dame Jenny Shipley and Helen Clark have been PM.


Sexist hogwash. Though Ardern’s newly introduced national anthem may have put the All Blacks off the game ... Eugène Pottier, June 1871:

This is the final struggle / Let us group together, and tomorrow / The Internationale / Will be the human race.

Meanwhile, to demonstrate that Australia is a fully-fledged fascist state and NOT A DEMOCRACY, we have the case of a biker (admittedly not a fine-an-upstanding citizen), originally from New Zealand but having spent the last 42 of his 50 years in Australia, being deported after winning three court cases including Australia's highest court ruling that his treatment was unconstitutional 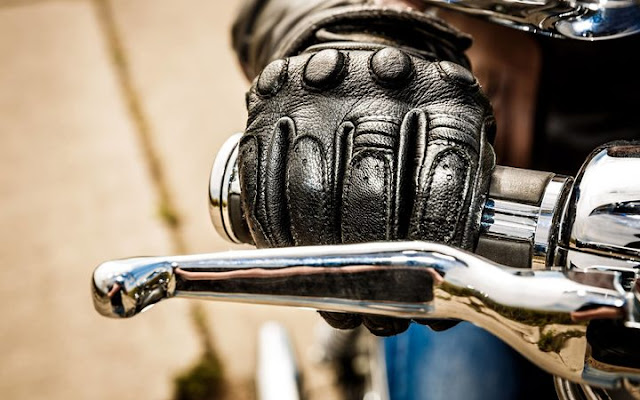 AJ Graham - who spent two and a half years in a prison after founding the Rebels biker gang in Tasmania - has voluntarily returned to New Zealand.

"When I came on Tuesday, as soon as I got outside the airport I kissed the ground to speak to the spirits and the gods that I'm back home," he told RNZ from a motel in Auckland.
"I'm not here to threaten New Zealand in any form or matter. I'm glad to be free and I feel good to be back here in New Zealand.

I have respect for all, but you disrespect me and then you'll see me, y'know."
Since being incarcerated Graham has won his visa back three times, most recently last month in Australia's highest court which ruled his treatment was unconstitutional.

"I fought the government, I beat them twice and the third time I thought, 'there's no justice where Peter Dutton and the Government of Australia making a mockery of the Queen's court'," Graham said.

Graham's deportation made headlines on both sides of the Tasman after one of Australia's highest-profile immigration battles. One of 154 senior bikies targeted in an immigration-versus-crime clampdown since 2014, he got a rough sending off.

"Another one bites the dust" read one online post. "Totally self-inflicted" said another.

However, a third said: "Would much prefer someone like him here than the politicians that kicked him out".

Graham is 50, lived in Australia for 42 years, and leaves behind in Hobart his wife, three adult children and two daughters aged 11 and 12.

He was undecided on them returning to New Zealand but did not want to see them uprooted.

"I come to a point to voluntarily sign and voluntarily leave Australia and my children and grandchildren behind, because it's pointless, there's nothing else I can do. I've been to the Federal Court and the High Court."

He is not under a Returning Offenders Order, so refused to be fingerprinted or give a DNA sample to police who met him off the plane.

A life member of the Rebels, he dismissed fears that New Zealand police have previously voiced about how deported bikers were bolstering the ranks of violent gangs.

"I've got different sorts of shady friends but I also got nice friends and I've done a lot of charity work for the community."

He admits to having been locked up more than once for assault but, "I don't think Australians are afraid of me".

The New Zealand government needed to be braver in standing up for its citizens in Australia, Graham said. "Maybe I might even run in the politics."

This was the speech which marked the intended change of direction in NZ politics. The Deep State does not intend this to succeed.