The fictionalised world of Big Business, the military, banking and the Deep State

I would bet that the surveillance of the prime minister and others shown in this series is not so ludicrous. 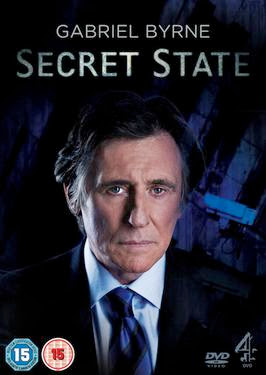 Here is some weekend viewing.

“The Secret State” takes us into the world of Big Business, the military, banking and the Deep State and shows the limits to power of even a prime minister who wants to make a difference in the interests of the people he has been voted to.

The imperialist “Guardian” rubbishes the series as badly-written “conspiracy theory “ (which I suppose is right because it is a work of fiction), largely because it targets the Deep State which it defends so dutifully

"Secret State is a 2012 British four-part political thriller, starring Gabriel Byrne, Charles Dance and Gina McKee, and inspired by Chris Mullin's novel A Very British Coup. It delves into the relationship between a democratically elected government, the military and big business.

"In the run up to a general election, a devastating industrial accident on Teesside leaves 19 people dead and raises questions about the safety procedures of a US petrochemical company, PetroFex. The British Prime Minister claims to have secured a compensation package from them, but on his return from PetroFex HQ, his plane crashes in the Atlantic under mysterious circumstances. Deputy Prime Minister Tom Dawkins (Gabriel Byrne) takes command, and during his quest to find the truth and justice for the victims, he uncovers a conspiracy at the heart of the political system"

Gabriel Byrne's Secret State is ludicrous
'You could reverse an oil tanker into the gulf between what Secret State thinks it is (important, good) and what it actually is (cobblers with exploding CGI bells on)'


The country needs you, Tom," hisses reptilian chief whip John Hodder (Charles Dance), cufflinks oscillating with indignation. Doughty Deputy Prime Minister Tom Dawkins (Gabriel Byrne) is unconvinced. "I'm not a leader," he mumbles, peering gloomily out of his Downing Street window. "You give off stability," persists Hodder. "People are craving that. We need someone (voice rises, eyebrows scrunch)… WITH BALLS."

It's a rum old business, this modern politics lark, so thank Christ Secret State(Wednesday, 10pm, Channel 4) is here to sort everything out. A four-part conspiracy thriller ("inspired", the credits thunder, "by the novel A Very British Coup by Chris Mullin"), it arrives amid considerable hoopla. Its lavish trailer depicts a downtrodden Byrne gliding glumly through a deserted SW1A in which the blackened remains of a chemical refinery loom over the Houses of Parliament: corruption and politics and slightly wonky CGI chimneys entwined in a spluttering enormoblur of apocalyptic unpleasantness. Here, honks Channel 4, is a Big Drama with a Big Message: a modern thriller with the brass neck and trousers to address hot-potato global skulduggery while harking back to such brooding, labyrinthine classics as Edge Of Darkness, State Of Play and, indeed, A Very British Coup. "Britain is buggered," it bellows from a darkened doorway, "so let's crack open the all-butter Viennese biscuit assortment and watch Gabriel Byrne do Big Acting in a M&S wool-blend car cat."

The plot, then: a blast at the American-owned Petrofex chemical plant has left 19 people dead and the residents of Scarrow, Teeside, in high dudgeon. "A tragedy like this can act to bring us together," emotes a craggily concerned Dawkins to a bank of flashing cameras as rhubarbing salt-of-the-earth types in anoraks say things like "your word means nothing!" and "oi". While national and governmental disquiet grows, rumours of an international cover-up rumble. Then something Really Bad happens to the prime minister, and Dawkins – the sole glimmer of morality in this bastards' soup – finds himself in the thick of a corruption-shaped, petrochemical-scented brouhaha.

It takes approximately six minutes to realise you could reverse an oil tanker into the gulf between what Secret State thinks it is (important, good) and what it actually is (cobblers with exploding CGI bells on). It's difficult to convey just how splutteringly ludicrous the whole thing is. There is a phalanx of steeple-fingered, baddie-eyed American executives, a pair of monumentally irritating counter-intelligence flunkies and a ball-flattening home secretary with a penchant for bursting into the gents and snarling "fuck the polls" as startled frontbenchers attempt to wee. It's a Jacuzzi of obviousness. A journalist in a raincoat (Gina McKee) pops up every so often to deliver a plot development via whispered aside or cryptic text message ("WHOSE PLANE?"), then buggers off again. At one point, someone says "a military background like yours comes in handy at times like this, I suppose" and we duck for cover as another slab of exposition crashes from the rafters and lands on credulity's skull.

Meanwhile, in the middle of the woe, there is Gabriel Byrne, peering perpetually into the middle distance with the pained absentmindedness of a man with an undiagnosed urinary tract infection. As is the modern TV thriller way, Secret State refuses to let us breathe. It's all bang this and boom that. Pounding, panicky drums and Meaningful Glances are crammed into every frame, like a herd of bison into a broom cupboard. Everything is spelled out in 3,500pt Hope You're Getting All This At The Back font. At first you may find yourself pining for the silences and the realism of the 80s conspiracy dramas Secret State is so keen to emulate, along with the skull-fizzing thrill of a plot so ferociously complex you need a compass, crampons and slab of Kendal mint cake to make it past the title sequence. But then you watch Charles Dance snarling like a dog as he twiddles his cufflinks outside No 10 and remember the intense joy of unfettered TV stupidity. Secret State is Spooks with its head in a bucket of dumb. It's Tinker Tailor Soldier Sigh. Brains and depth are all very well and good but sometimes you just want something (voice rises, eyebrows scrunch) … WITH BALLS.