INTRA-KURDISH VIOLENCE ERUPTS IN IRAQI KURDISTAN AS ITS PRESIDENT RESIGNS 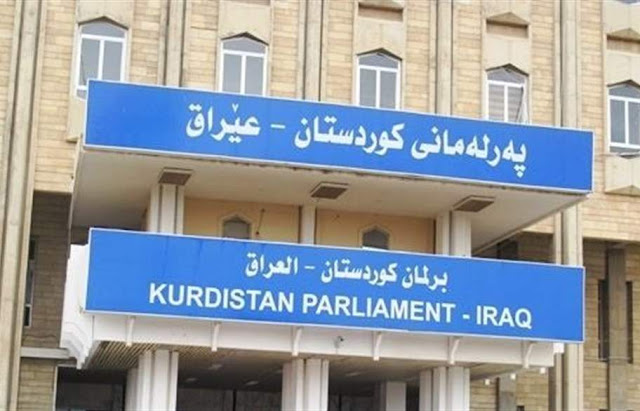 Kurdish sources reported that most protestors were supporters of Barzani and his Kurdistan Democratic Party (KDP). The sources added that some protestors were even armed, and reported gunshots around and inside the parliament.
The Kurdish sources also said that some Kurdish MP are still besieged inside the parliament building by the angry protestors. Most of the Kurdish MPs who were attacked by the protestors were from the Gorran Movement that oppose Barzani policies.
The Kurdish-Iraqi news TV channel NRT said that the its reporter Rebwar Kakaiy has been injured severely after being attacked by angry protestors near the parliament building.
Meanwhile, Barzani  stressed in a televised speech that he refuses any extension to his term in office beyond November 1. Barzani also stressed that he will serve as a Peshmerga in the struggle for the Kurdistan Region independence.
Barzani also said that the Kurdistan Region independence referendum was not the reason behind the latest Kurdish-Iraqi crisis. Barzani add that the he still prefers dialogue over war. However, he stated that he is ready to fight in case of war.

“Even if the referendum wasn’t held, there was a plan to attack Kurdistan areas and destabilize the situation in the Kurdistan Region. The culture in Baghdad hasn’t changed … We don’t want bloodshed. We want the problems to be resolved through dialogue. But if you [the Iraqi Federal Government] intend to wage war, we will choose death and won’t allow our honor to be broken,” Barzani said during his speech.

Barzani also called the quick Kurdish retreat from a major part of the disputed areas including Kirkuk city a “treason.” Kurdish sources believe that Barzani was referring to the Patriotic Union of Kurdistan (PUK) that refused to fight the Iraqi Army in Kirkuk.

“The Peshmerga and all the people of Kurdistan were stabbed in the back by a poisonous dagger,” Barzani added.

In a related development, an Iraqi official told France Press Agency (AFP) that the Iraqi Army and the Kurdish Peshmerga force reached a deal during the Mosul meeting that was sponsored by the US.

According to the AFP, the deal would allow the Iraqi Federal Government to deploy its forces in the strategic Faysh Khabur border crossing on the Syrian-Iraqi border.
The timing of the deal suggests that Barzani wanted it to happen after he announced his resignation from the Kurdistan Region presidency. Barzani is clearly trying to avoid the responsibility for the negative results of the September 25 independence referendum that was organized by him and his party.

Posted by seemorerocks at 14:50