JOHN KEY SHOULD BE INVESTIGATED OVER THE PANAMA PAPERS

Circumstantial connections between John Key, the Panama Papers, the ANZ (which he now chairs) and the murder of Daphne Caruana Galiziain Malta.


There are still questions as to why Key vacated his position as PM so abruptly and moved into relative obscurity.

This combination of sources comes from activist Penny Bright on Facebook.

JOHN KEY SHOULD BE INVESTIGATED OVER THE PANAMA PAPERS." 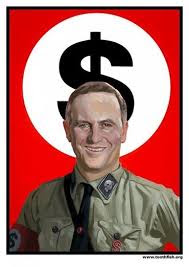 "On 1 August 2017, at a meeting attended by 200 people at Rutherford House, Victoria University, Wellington New Zealand, the (former) Chair of Transparency International, Jose Ugaz stated that JOHN KEY SHOULD BE INVESTIGATED OVER THE PANAMA PAPERS."

Can the International Consortium of Investigative Journalists (ICIJ) please carry out an urgent investigation of former NZ Prime Minister John Key and the Panama Papers?

It was murdered Maltese investigative journalist Daphne Caruana Galizia who exposed, via the Panama Papers how NZ foreign trusts were used as money-laundering vehicles by Maltese Politically Exposed Persons.
______________ 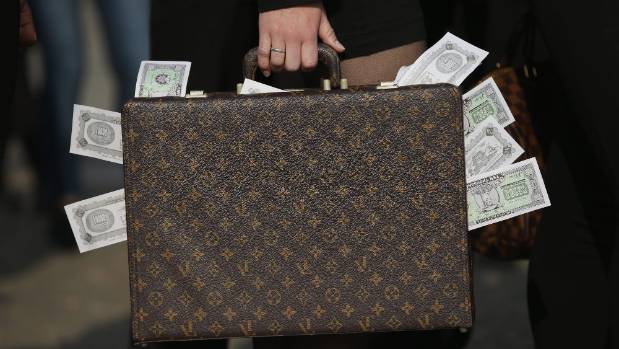 "A Malta magistrate is investigating explosive claims of money laundering and corruption that have put New Zealand in the middle of a global cash trail from the family of Azerbaijan president Ilham Aliyev.

These include alleged payments to Panama companies owned by New Zealand trusts set up by the Malta Energy Minister Karl Mizzi and Muscat's chief of staff, Keith Schembri.

On April 20, Maltese blogger Daphne Caruana-Galizia reported that she held copies of documents originally stored in a kitchen at Pilatus Bank, which showed that Egrant Inc, a mystery Panama Papers company identified by the Financial Review last year, was secretly owned by the Maltese Prime Minister's wife, Michelle Muscat.

In March 2016, a Dubai company controlled by Leyla Aliyeva had transferred US$1.017 million (NZ$1.47 million) marked as a loan into Egrant's account at Pilatus Bank, Caruana-Galizia reported.

Caruana-Galizia reported that other payments were made from Leyla Aliyeva's company to Pilatus accounts held by Egrant as well as Tillgate Inc and Hearnville Inc, two Panama companies that are owned by Schembri and Mizzi, through New Zealand trusts.

Schembri and Mizzi vehemently deny Caruana-Galizia's reports. Mizzi has produced audited accounts for his New Zealand trust which shows it as dormant with no assets or income.
.....
The latest revelations, if substantiated, are an embarrassment for the New Zealand government, which announced an inquiry into its offshore trust laws on April 11 last year, the day after the Financial Review revealed details of how Panama law firm Mossack Fonseca's Malta agent, BT Nexia, began setting up Tillson, Hearnville and Egrant five days after Muscat's election victory in 2013.

At that time, it appeared the Malta trusts had never been used, after Mizzi and Schembri's Panama companies were turned down by eight banks who refused to open accounts for them because they were Politically Exposed Persons (PEPs).

The Panama Papers, however, show repeated cases of overseas investors filing false or implausible sets of accounts with New Zealand lawyers, who have limited means to verify the figures.

The latest wave of allegations in Malta underline how easily the New Zealand disclosure laws can be avoided, which the new laws do not change.
If the reports are substantiated, they raise a far more serious picture of money-laundering from one of the most corrupt countries in the world, in which New Zealand's foreign trusts played a significant role.

The saga began in February 2016 when Caruana-Galizia revealed that Schembri and Mizzi had set up two Panama companies, Tillgate Inc and Hearnville Inc, owned by the Haast Trust and Rotorua Trust in New Zealand.
In April 2016, the Financial Review published new details of Schembri and Mizzi's New Zealand trusts and their attempts to open a bank account in Dubai.
...."
____________________

Two days after Daphne Caruana Galizia was murdered by this car bomb, it was announced that former NZ Prime Minister John Key would become Chair of the Board of the ANZ bank. "Sir John Key has been named chairman of ANZ Bank's local arm.
Key joins the board of the country's biggest bank from today and will assume chair at the start of next year."

The ANZ bank was the Australian bank mentioned more times than any other bank in the Panama Papers.

The Mossack Fonseca files show the critical importance that banks hold in the offshore world – and ANZ is the most visible of the Australian banks in the offshore space.

ANZ appears in 7548 of the Mossack documents, reflecting the bank's extensive work in New Zealand, the Cook Islands, Samoa and Jersey.
..."
On 1 August 2017, at a meeting attended by 200 people at Rutherford House, Victoria University, Wellington New Zealand, the (former) Chair of Transparency International, Jose Ugaz stated that John Key should be investigated over the Panama Papers.

I attended this meeting and heard Jose Ugaz say this myself, as did the other 200 people in the room.

There appears to have been NO NZ mainstream media coverage of this story.