Are the Democrats preparing to distance themselves from Hillary?

I have long since given up trying to understand the ins-an-outs of American Republican vs Democrat vs Trump politics.

What is clear is that there are two competing narratives.

There is the very real criminal behaviour and corruption of the Clintons and the DNC on the one hand from the Right (but not exclusively so) .... and the totally fake RussiaGate narrative from the Left

If the following is not totally-biased and is factual then there are signs that perhaps the media and the Democrats are getting ready to sacrifice Hillary in a similar way to Harvey Weinstein for the “greater good” of “getting” Trump.

In the meantime it seems that Harvey Weinstein scandal is just the start of the scandal that is Hollywood with its sexual abuse and pedophile rings.

Following the shocking (to some) revelations from WaPo with regard Hillary Clinton and the 'old' Democratic National Committee's financing of the infamous "Trump Dossier," the 'new' DNC has rushed out a press release denying any involvement as Democrats begin rapidly distancing themselves from this un-fake news.

In a brief statement from DNC Comms Director Xochitl Hinojosa,
"Tom Perez and the new leadership of the DNC were not involved in any decision-making regarding Fusion-GPS, nor were they aware that Perkins Coie was working with the organization."Of course, the DNC then added - for good measure...

"But let's be clear, there is a serious federal investigation into the Trump campaign's ties to Russia, and the American public deserves to know what happened."

All of which is quite ironic following Perez' comments during the week:

Perez also labeled Trump an “existential threat” with no apparent worry that his words could be taken, along with those by Waters and other liberals in the media, as ammunition for a crazy leftist to once again attack Congress or even the White House.

And even more ironic in light of the increasing evidence and investigation surrounding Hillary Clinton's dealing with the Russians over Uranium One.
But back to the Hillary Clinton crisis of the night, Fox News' Brooke Singman noted: 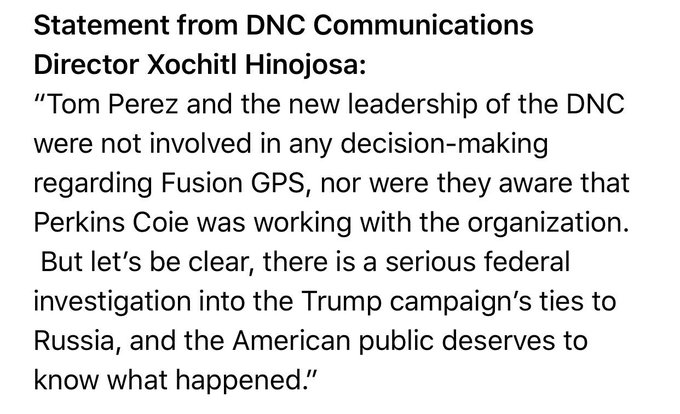 ✔@brookefoxnews
NEW: @DNC on @washingtonpost : "new leadership of DNC were not involved in decision-making regarding #FusionGPS" what about old? #dossier


As The 'New' DNC itself said: "the American people deserve to know what happened."
While it is unclear whether CNBC's John Harwood, or anyone on MSNBC, will touch this topic, The White House is already asking questions...

✔@PressSec
The real Russia scandal? Clinton campaign paid for the fake Russia dossier, then lied about it & covered it up. https://twitter.com/maggienyt/status/922962880206647297 …


...which must mean "it's a vast right wing conspiracy."

HUGE: Elites Move for the Downfall of the Clintons Just Like ...

Chinese Seem to Think So.


Chinese military commentators have shared their thoughts on recent U.S. Naval accidents and what they think it means for the larger geopolitical struggle in the Asia-Pacific.


When the USS Fitzgerald, a Burke-class destroyer and part of the U.S. Navy’s Seventh Fleet, was mysteriously struck by a merchant ship outside of Tokyo Harbor in June 2017, seven sailors perished in the tragic navigation collision. The episode was deeply shocking since a whole series of redundant technologies and shipboard procedures should have made that accident impossible. But when a similar episode befell another Seventh Fleet destroyer, the USS McCain, in August, in which ten sailors were lost, it became clear that the U.S. Navy (USN) had entered into a period of rather severe crisis. After mourning our dead, these disasters demand a top-to-bottom reexamination of training techniques, command paradigms, technological integration and operational patterns, at a minimum. This proud and venerated service must, above all, avoid the temptation to find easy answers and scapegoats.


Abramson: The Impeachable Crime from
which the cover-up flows 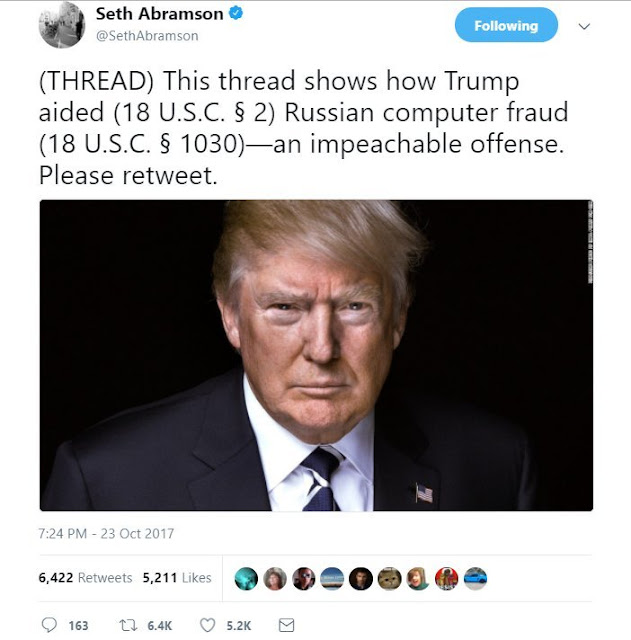