Towards the next false flag? - DHS: homegrown terror threat is the 'most serious' it has been since 9/11

DHS is upping the 'warning level' and giving you the narrative for the NEXT staged attacks. People better damn well wake up to this...I will have a video on this and a discussion upcoming on the companies that hire crisis actors and a talk about cognitive dissonance because while I have not really seen any real refutation of the discussion points I have presented on Vegas...rather a consistent counter of denial because of logistics. It is important people wake to the level of manipulation we have been subjected to....and WILL continue to be subjected to with signs pointing to more in the very near future. This is pure fear mongering b.s. below and it is also a PREVIEW of where they will go


'We are in a generational fight': Homeland Security says homegrown terror threat is the 'most serious' it has been since 9/11 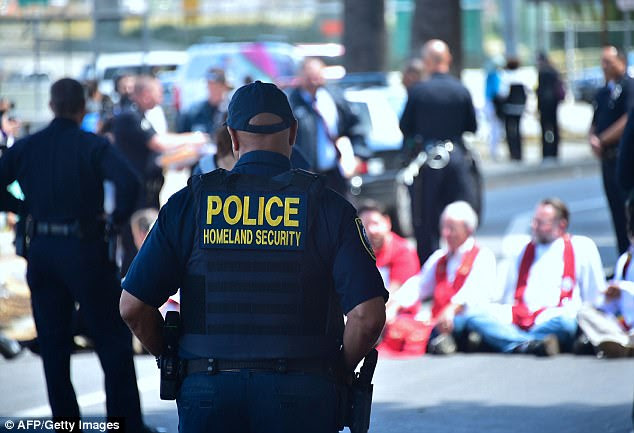 Homegrown terrorists currently pose one of the most serious threats to the US since the September 11 attacks, experts have warned.

The Department of Homeland Security issued an updated bulletin through the National Terrorism Advisory System late on Monday night.

'We face one of the most serious terror threat environments since the 9/11 attacks as foreign terrorist organizations continue to exploit the Internet to inspire, enable, or direct individuals already here in the homeland to commit terrorist acts,' it states.