Dubbed “Furnace Friday” in London, Friday brought temperatures that threatened a run toward all-time highs across much of Europe. It’s been an unusually hot summer for the continent, and this latest bout of extreme heat has ended up being the hottest in most locations.
It’s the longest heat wave in Europe since 1976, and although expectations for Friday’s heat were tempered somewhat by widespread summertime storms in Britain, places in mainland Europe still baked.
Over recent days and into Friday, numerous monthly records have fallen, as well as some all-time ones.

UPDATE: It is now 34.1 C at Tibenham Airfield 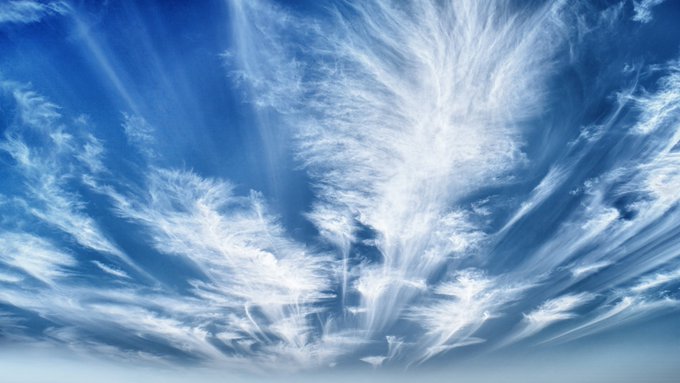 Twitter Ads info and privacy
Among the notables, Amsterdam and Rotterdam in the Netherlands posted their hottest temperatures ever recorded Thursday, 94.6 and 97 degrees (34.8 and 36.1 Celsius), according to Etienne Kapikian, a meteorologist based in France. The highest temperature recorded in the Netherlands, 100.8 degrees (38.2 Celsius) in Arcen, tied the national record for July, Kapikian said.
London and many other cities also recorded their highest temperatures of the year over recent days.
And about a three-hour drive north of Paris, the French border city of Lille recorded an all-time record high of at least 99.7 degrees (37.6 Celsius). That’s hot anywhere it happens, let alone a place where the average high in July is about 73 degrees (23 Celsius).
According to Kapikian, that reading surpassed the mark of 97.8 degrees (36.6 Celsius) set during an epic heat wave in August 2003.
View image on Twitter 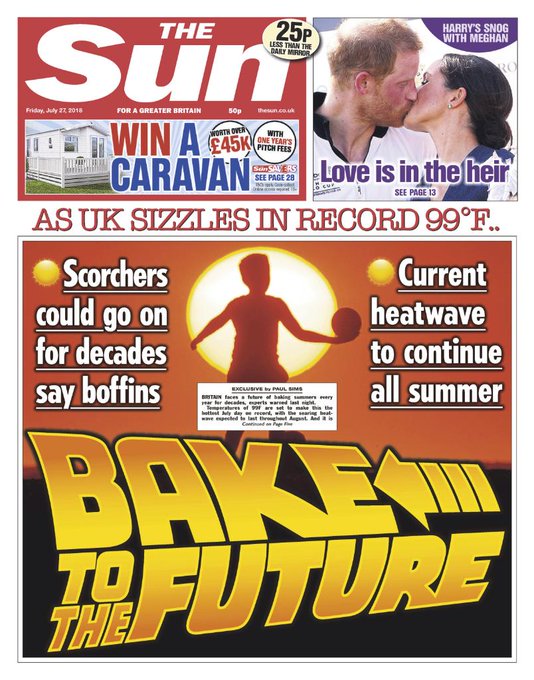 Twitter Ads info and privacy
Paris itself sweltered through the hottest day of the year as readings rose to 97 degrees (36 Celsius).
If the heat wasn’t enough, huge wildfires are burning across parts of Britain and in other regions. In Britain and Ireland, much-below-normal precipitation has been the norm of late — they are in the midst of their longest dry spell since 1961, writes meteorologist Mark Vogan, who forecasts for the region.

This morning’s weather map shows unusually strong upper-level high pressure ridging over Scandinavia. A storm system responsible for Friday’s widespread thunderstorms in Britain is also seen. (weathermodels.com)
It’s not just lower-latitude Europe, either.
In fact, it’s largely the case that those farther north have seen the most extreme heat. As one example, Scandinavian countries are scorching. Temperatures there have already risen into the low-to-mid-90s (mid-30s Celsius). Oslo has come close to its all-time record high Friday, with a number of other spots in the country reaching that mark.
Like other bouts of heat, this one’s intensity is at least partially linked to climate change. It also fits into an observed pattern of rising temperatures across Europe over recent decades. 2018’s barrage of heat, drought and fire was enough for Britain’s Met Office to write about it, asking whether this is “the new normal.” Summer mean temperature anomalies over Europe from CRUTEM4 observations (black), climate model simulations from CMIP5 (red) and with only natural forcings (green). (Met Office)
Scientists who are part of the World Weather Attribution network, a group that seeks to quickly explain what climate change has to do with specific weather events, believe that the heat wave’s nature fits into the expected pattern but that there are also many unresolved questions. In the northernmost locations of this heat wave, near the Arctic, it is truly extreme.
“We estimate that the probability to have such a heat or higher is generally more than two times higher today than if human activities had not altered climate,” the group’s latest analysis concluded.
[Climate change is supercharging a hot and dangerous summer]
While a storm system moving through Friday is expected to cool parts of the region back toward what might be expected at this time of year and deliver much-needed rain, the pattern suggests more very hot weather ahead. 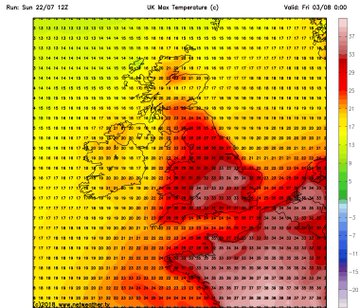 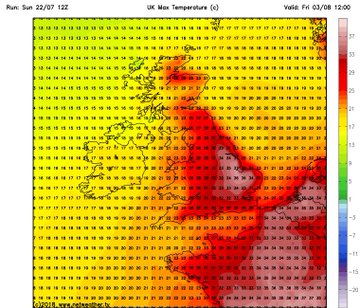 Derek Brockway - weatherman✔@DerekTheWeather
Too far ahead to be certain but the latest GFS model is going for some serious heat early August.

Twitter Ads info and privacy
Hot high pressure is expected to remain strong over the Scandinavian region through the next week or so, and the best long-range forecasts tend to suggest that it may extend back into much of Europe with time.
Posted by seemorerocks at 20:08