At 10:50 PM eastern US time, a strong magnitude 5.8 volcanic eruption took place in an explosive fashion at the erupting Kilauea volcano in Hawaii.

Lava flows are getting VERY MUCH WORSE.
This is a developing story, check back for details.
UPDATE 11:23 PM EDT --
Here's what the explosion looked like on local seismographs: 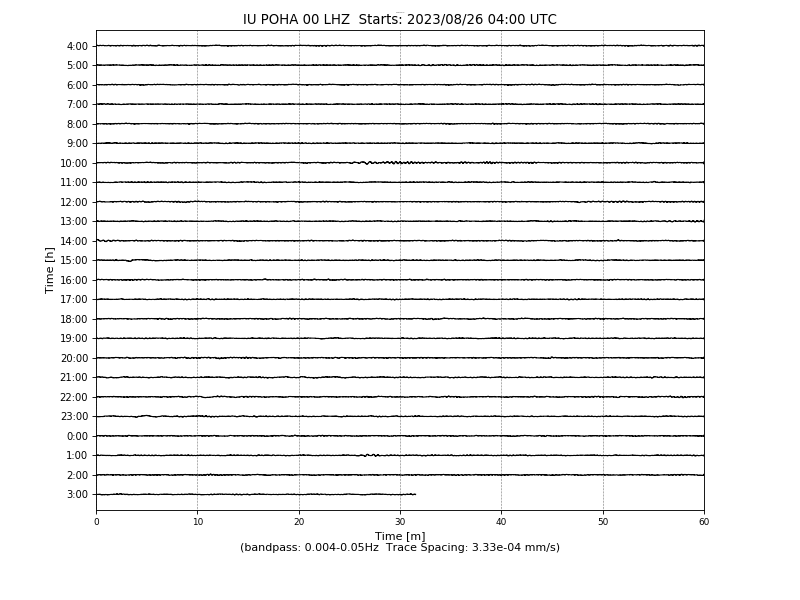 The Pacific Tsunami Warning Center reports the volcanic explosion at Magnitude 5.8, but thankfully there appears to be NO DANGER of Tsunami:
In the last 24 hours, there have been over 500 earthquakes in and around the Kilauea volcano, gradually INCREASING in intensity.  Perhaps this M5.5 released some pressure, but Geologists tell me they are worried this is a "foreshock" of a much larger earthquake.
Amidst the Agenda 21 nonsense you may find some good information.


Is Hawaii's Kilauea volcano going to explode? What Mount St. Helens and other eruptions have taught us


Four weeks into its eruption, Hawaii's Kilauea volcano continues to spew molten lava across The Big Island's East side - cutting off access to more neighborhoods and destroying 87 homes, ten of which happened in the last two days. 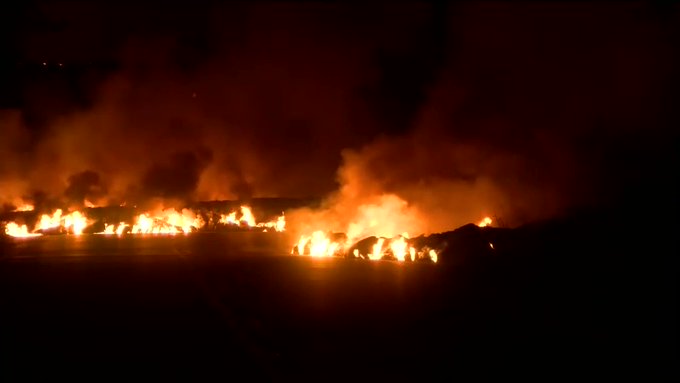 #BREAKING: Civil Defense officials say the number of homes that have been destroyed in the Kilauea lava flow has grown to 87. http://www.hawaiinewsnow.com/story/38312659/nearly-4-weeks-after-eruptions-started-more-homes-and-roads-at-risk …


Scientists are also baffled after aerial drone footage showed concerning changes within Kilauea's main summit crater - including unexplained cracks at the bottom which are spewing hot steam. Concerns have been raised that an "expanding collapsed crater" and debris blocking the vent could trigger a massive new explosion. 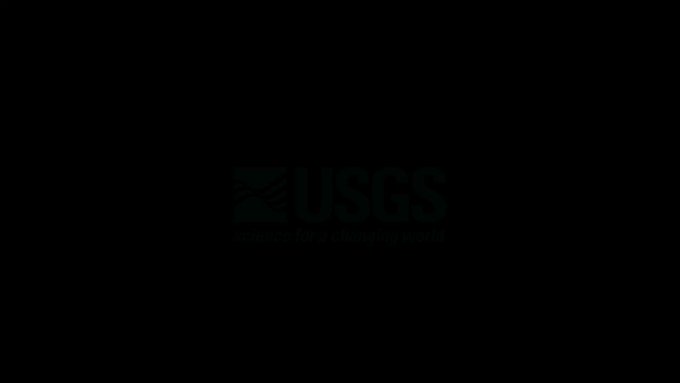 The Halema‘uma‘u crater has undergone a sudden transformation since the eruptions began in early May, including the surprising disappearance of a lava lake.

The drone footage from the US Geological Survey (USGS) shows "yellow sulfur substance on the rubble-covered floor and a scattering of large ballistic blocks around the crater rim".

USGS officials revealed that the empty vent once housed a 12-acre lava lake up until a few weeks ago. -Express.co.uk

What happens next is unknown:

“It’s possible that new explosions will blast through the rubble at the bottom of the vent, and these may or may not be larger than previous explosions,” said USGS geophysicist Kyle Anderson. “It’s also possible that the vent could become permanently blocked, ending the explosions entirely.”

The steady collapse of the crater's internal walls due to draining magma has also enlarged the mouth of the vent considerably - which has grown from 12 acres to 120 acres. The summit itself has also sunken at least five feet in elevation while magma levels continue to drop.

Meanwhile, Hawaii's Highway 137 has been blocked by lava, cutting off access to Kapoho, Vacationland, Hwy 132 and possibly the Puna Geothermal power plant. 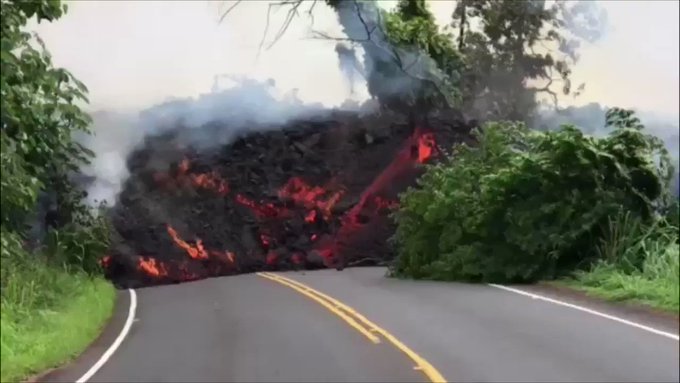 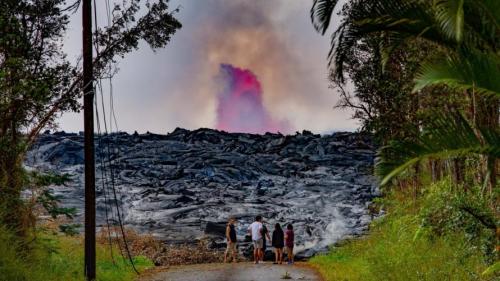 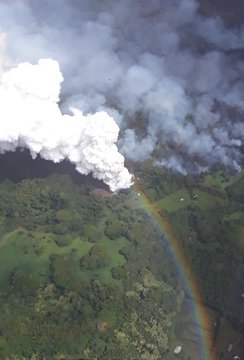 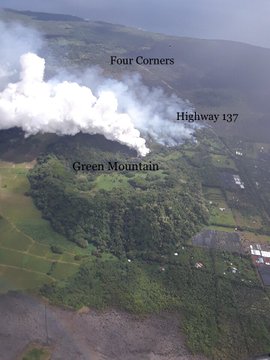 #LeilaniEstatesEruption #KilaueaVolcano UPDATE: According to USGS, the large plume of white steam rising from Green Mountain is lake water boiling off from the heat of lava & could last hours given size of Green Lake https://instagram.com/p/BjizMBaAnbq/  @HawaiiNewsNow #HINews (@ParadiseHeli)


Officials at the Puna Geothermal Ventrue (PVG) have confirmed that lava is covering the plant's monitoring station, however the Department of Health is monitoring for unsafe levels of hydrogen sulfide with none detected thus far. 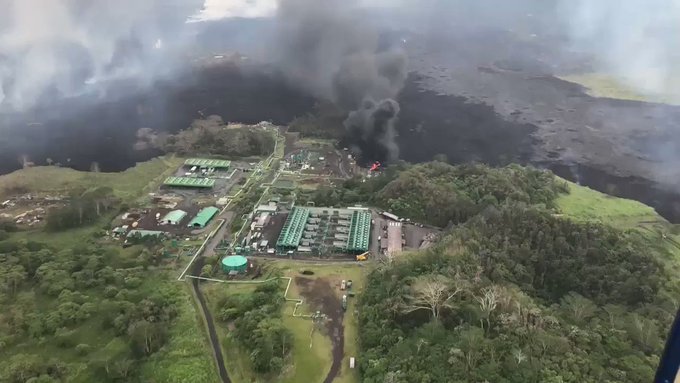 Twitter Ads info and privacy
That said, plant employees may have just lost their access in and out of the facility, as a Friday Instagram update from PVG reads "if lava crosses Highway 137 then they could lose their only way in and out of the plant."


Puna Geothermal Venture officials confirm lava from the fountaining fissure 8 in Leilani Estates continues to flow across the property — cutting across the main driveway to the plant facility. Mike Kaleikini, the company spokesperson, confirms a substation and a warehouse that stored a drilling rig have burned. He also says two wells have been covered on Well Pad E and a lava made contact with another, Well Pad A, but never passed across it. He says all 9 quenched wells and the two plugged wells are “holding up without any issues” — and confirms there has been no detected release of hydrogen sulfide.

According to Kaleikini, the monitoring station at PGV was covered by lava — so they are depending on the handheld machines their employees are using to check for hydrogen sulfide levels along with the monitors the Department of Health have installed around the area. Kaleikini says the plant is no longer being staffed 24/7, but personnel is on site every day. According to Kaleikini, even though the main driveway to the plant is blocked, there is still an alternate route available. However, if lava crosses Highway 137 (Government Beach Road) then they could lose their only way in and out of the plant. According to Ormat, which owns Puna Geothermal Venture, the company has insurance of up to $100 million in the case of eruptions and earthquakes — but it's not clear if that will cover everything. Ormat says significant damage or an extended shut-down could have an adverse impact on business. Last year, Puna Geothermal brought in about $11 million in net income. -Instagram 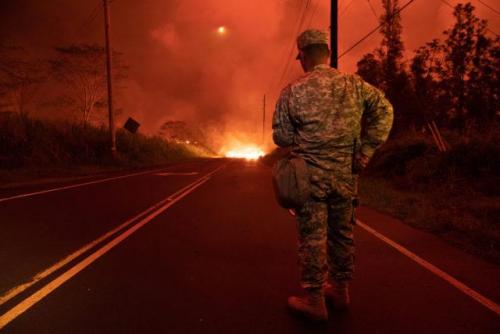 What's it like to monitor the ongoing events surrounding the Kilauea eruption? USGS Geologist Matt Patrick explains in this video worth watching fullscreen.

Meanwhile, video has emerged of Hawaiian hothead John Hubard, 61, pulling a gun at 32-year-old neighbor Ethan Edwards on Tuesday, firing a shot at the sky on before aiming his gun at the man. Hubbard has been arrested.


When the shot goes off, people can be heard yelling out and Edwards can be seen crouching and covering his head with his arms as Edwards aims the gun at him.

“Are you kidding me? Stop!” people can be heard yelling in the background.

Hubbard tells his neighbor to “Get the f–k out of here” as Edwards, who is walking away with his hands up, screams back “I live here!” repeatedly.

“Happy to be alive,” Edwards wrote in the video’s caption. “Be careful out there folks. This situation is really beginning to take its toll psychologically and the bad weather is contributing to emotional tensions. Folks are breaking down.” -NY Post 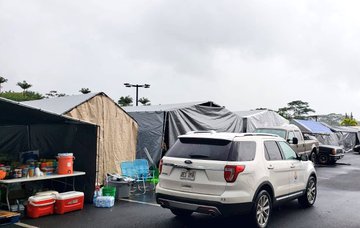 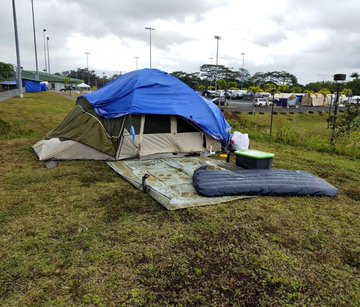 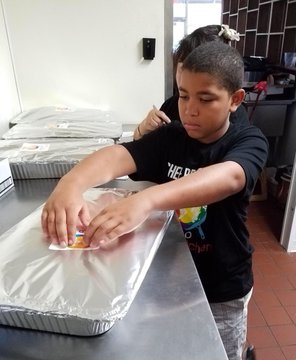 Big and small, #ChefsForHawaii is here to serve those in need! With lava destroying more homes, many are now living in these makeshift tents bringing whatever they could from with them... A hot meal is least we can do!

Posted by seemorerocks at 15:05