Quite how you can be "fighting for facts" when you're lying is beyond me. 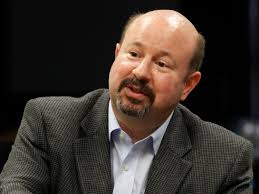 Listen to the interview HERE

He was also involved in the 2009 ‘climategate’ scandal - the unauthorised release of more than 1000 emails from the climatic research unit at the University of East Anglia, many of them private correspondence to and from Mann, which critics said proved dissenting voices on climate change were being silenced.

Prof Mann has been the target of threats and there have been about a dozen investigations of his work, which have exonerated him every time. 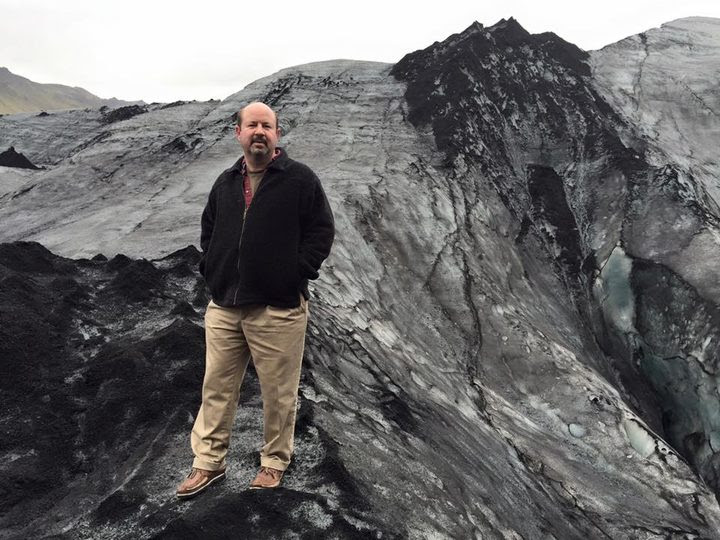 The author of several books, his most recent is The Madhouse Effect, which features cartoons by Pulitzer Prize-winning political cartoonist Tom Toles.

It portrays the "intellectual pretzels" into which denialists must twist logic to explain away clear evidence that man-made activity has changed our climate.
Climate change “contrarians”, Mann says, like to portray themselves as sceptics but are anything but.

“Scientists are the real sceptics. You question a new result, something that’s unusual. We apply scrutiny to all sides of the problem - that’s different from simply rejecting mainstream science based on flimsy arguments that don’t hold up to the slightest bit of scrutiny.

“When you present anti-science to a journal and it gets sent out to leading scientists, of course they’re going to say ‘this is junk, this doesn’t even pass the smell test’.

Too many contrarians or climate change deniers present themselves as sceptics but they’re not, Mann says. A sceptic is equal-sided, questioning their findings, at least as much as people's.

True scepticism, he says, is ‘the self-correcting machinery of science.”

That global warming caused by burning fossil fuels is incontrovertible, he says.

“There is as widespread and solid a consensus on that as there is on the theory of gravity and yet you don’t see when a new exoplanet is discovered many light years away, you don’t interview a space physicist along with a member of the flat earth society.”

Mann says he has had no choice but to become increasingly political.
Trump administration officials have asked the Centres for Disease Control and Prevention to avoid phrases such as “evidence-based”.

“To them that is a politically-loaded term. We’re now in an environment where simply advocating for a fact-based discourse is portrayed as political.”

Despite the current political climate in the US he remains cautiously optimistic.
“I definitely think we can rise to this challenge. It’s become a more uphill challenge.”

The Paris [climate change agreement was a good start but the job is far from done, he says. And even with 1 degree of warming “dangerous climate change has already arrived.” Which is why he’s fighting for primacy of facts.

“You fight back, in my view, because the stakes are too great. This isn’t about us, it isn’t just about the scientific community this is really a debate over whether or not were going to allow science to inform this discussion about potentially the greatest threat we face as a civilisation."