I reported on this outrage yesterday.

It seems to have had the desired effect.

This is only the beginning.

CNN harasses lady outside her home in Florida, accusing her of helping Russian bots (Video) 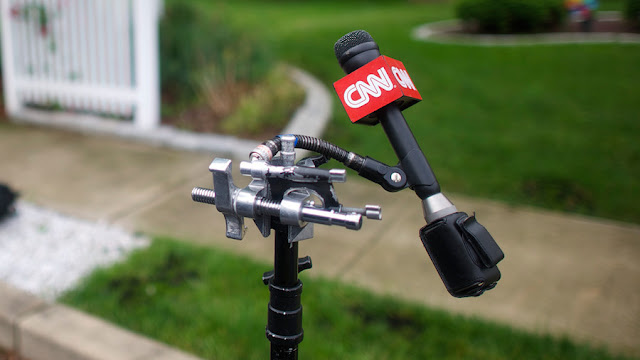 A CNN reporter on Wednesday showed up at the home of a Florida Trump supporter, accusing her of promoting a political event that was allegedly hatched in Russia. Needless to say, social media lit up like the Fourth of July.

In an apparent effort to bolster claims that Russia worked behind the scenes to affect the outcome of the 2016 presidential elections, a CNN crew showed up at the home of Florine Goldfarb and conducted what basically amounts to ambush journalism, charging the Trump supporter with cooperating with the Russians.
On the lawn in front of Goldfarb’s residence, CNN’s Special Investigations Unit Reporter Drew Griffin remarks that [the Russians] “were involved with you. Did you know that?” 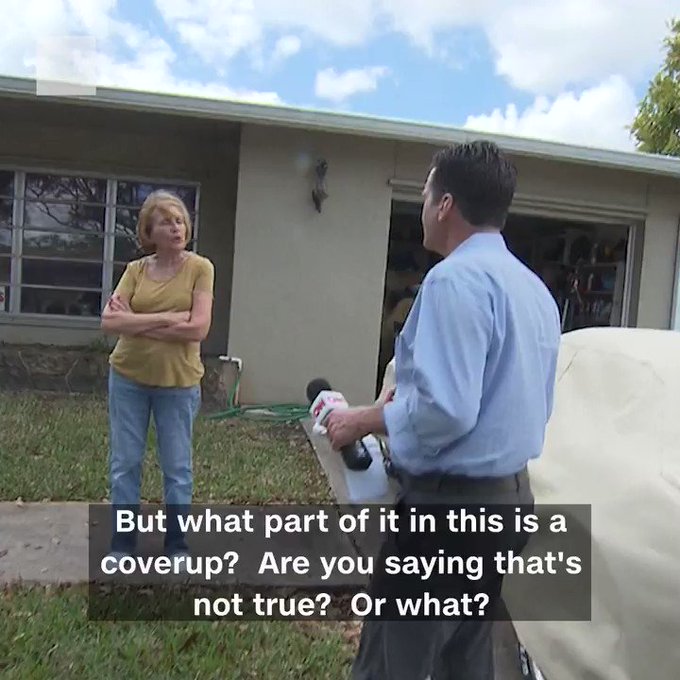 CNN
✔@CNN
A Florida woman who ran a Trump supporters page that unwittingly promoted a Russian-coordinated event on Facebook says she doesn’t believe that she was influenced by Kremlin-linked trolls http://cnn.it/2EHVPpE

To which Goldfarb responded, “They weren’t involved with us. Just make sure that you report it correctly that you know…”

Griffin interrupted Goldfarb, accusing her of being “electronically” involved with a Russian-backed group “that contacted and helped to organize some of these activities that you posted on your own Facebook account.”

“Those were legitimate,” Goldfarb responded.

“Those were Russians,” Griffin retorted.

“They were not Russian. I don’t go with the Russians,” she said, visibly shaken. “Those people who were with me were all Trump supporters. Very, very much so.”

The situation was worsened by the fact that CNN, in what appears to have been a breach of journalistic code of ethics, released Goldfarb's name in the public domain, making her an easy target on the social media front. Conservative social media users vented their frustration with the interview, which reportedly resulted in the woman being subjected to taunts and threats.

Glenn Greenwald
✔@ggreenwald
Beyond the ugly power imbalance of CNN using its huge platform to expose this woman, the premise is also gross: unknowingly promoting a Russian page or event is nefarious. Fox just trolled Michael Moore for doing *exactly* that, but at least he's prominent http://www.foxnews.com/politics/2018/02/20/michael-moore-participated-in-anti-trump-rally-allegedly-organized-by-russians.html … https://twitter.com/ggreenwald/status/966287536640397312 …

Jerry Dunleavy IV@JerryDunleavy
So @CNN tracked down one of the ppl unwittingly duped by the Russians — reminder that CNN itself was duped into covering Russian-generated rallies — and @DrewGriffinCNN & Co. thought it best to publicly shame this old lady. Now ppl are viciously harassing her online. A thread. 1/ https://twitter.com/cnn/status/966134015337140229 …

Indeed, the comments traveled the full gauntlet of crudeness - from vile and unprintable suggestions to expletive-laced tirades. In fact, it is shocking that a Florida woman who apparently broke no law could be treated in such roughhouse fashion.

Tell Florine THANK YOU for getting in her “Hillary and her Bandits” line. That was straight fire!

None the Wiser@NoneWser
Yes, #FlorineGoldfarb and other deplorables don’t even know how indoctrinated they are. The old hag sounds like she’s still working for the Russians.

One user ventured to ask if Goldfarb was a communist.

Annette F@annettefabozzi
#FlorineGruenGoldfarb are you a communist? Maybe all #deplorables are communists.

Eric@ezemcgee
Replying to @UniteAndResist
This is why we need more tech savvy voters to become active in our politics. There are certain types of people that refuse to investigate anything that they assume supports their beliefs. For people like this,religion and their political leaning is beyond repute. #OldDogOldTricks

Ella Cinder@cinderella0111
Trump appeals to dimwits, conspiracy theorists, & rich white old men. He does not represent average Americans. #FlorineGruenGoldfarb should be ashamed of herself. She is the FAKE, good on CNN for showing us who she really is.

Last week, 13 Russian nationals and three entities were indicted by a US federal grand jury for supposed meddling in the 2016 presidential election. The allegations include “supporting the presidential campaign of then-candidate Donald J. Trump... and disparaging Hillary Clinton,”including via Facebook.
However, Facebook vice president for advertising, Rob Goldman, says the accusers and their massive mainstream media supporters got it wrong.

“Most of the coverage of Russian meddling involves their attempt to effect [sic] the outcome of the 2016 US election. I have seen all of the Russian ads and I can say very definitively that swaying the election was *NOT* the main goal,” Goldman tweeted.

Rob Goldman@robjective
Replying to @robjective
Most of the coverage of Russian meddling involves their attempt to effect the outcome of the 2016 US election. I have seen all of the Russian ads and I can say very definitively that swaying the election was *NOT* the main goal.