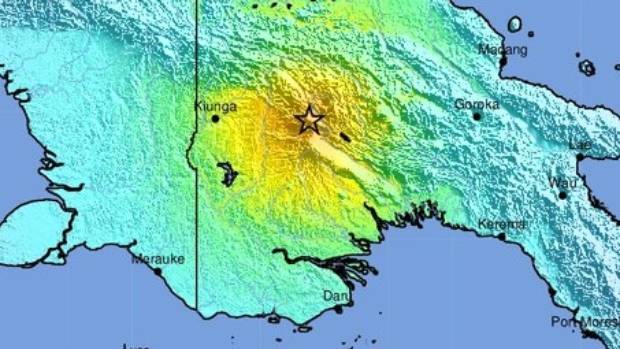 
An MP from Papua New Guinea says he is trying to verify reports that up to 10 people died in a big earthquake on Monday morning, RNZ reports.

The quake, which struck at 6.44am (NZT) was centred 89km south-southwest of Porgera, at a depth of 35km.

Local MP Manasseh Makiba told RNZ he received reports of the deaths from ExxonMobil staff, via their satellite phones, as well as people in his district on landline phones.

"The reports are coming that the earthquake was very huge, and there was some casualties. There were landslides and destruction of some properties and houses. And there were reports of some lives being lost ... about ten."

Makiba said the country's National Disaster Office is expected to dispatch a team to the area to assess the damage.

It wasn't immediately clear if there was damage. The USGS website had 31 reports of feeling the quake, including some saying the shaking was violent.

The earthquake was not expected to generate a tsunami, the Pacific Tsunami Warning Centre said.

It was followed by a magnitude 5.5 quake shortly after to the northwest.