Sane Progressive: The companies that hire out crisis actors

I deem this important so am double-posting this.

Debbie talks about the bipartisan passing of the 2012 NDAA legislation allowing psyops against the American population and how this has spawned a proliferation in private companies providing crisis actors and the like.

TONS of Links for video: Be sure to scroll all the way through!
Police use blanks - scare/training

"I thought it was a drill because they told us you will have
police officers whoa re going to be firing blanks like scare us, get us like, you know, trained for this. So no one took it seriously until I heard like screaming, the worst screaming you will ever hear. It was awful like major heart stop beating and...
http://edition.cnn.com/TRANSCRIPTS/1802/15/cnr.05.html

Multiple students all report (in MAINSTREAM MEDIA interviews NOT Alex Jones) that they were told a drill was going to be conducted. One girl said she was told they would hear screams, another stated that they were going to use blanks. Got that. Students are reporting a SIMULATED event of this type was PLANNED and they were they were going to do things to make it seem real (screams, blank). https://www.youtube.com/watch?time_continue=1&v=0rLhm-jmxps

Girl who said that she was walking down the hall next to Nicholas Cruz and he didn't have a gun:https://twitter.com/KHOUSportsMatt/status/963972590258806785

Great video on history of False Flags by Truth Stream for people who are willing to start to look objectively:https://www.youtube.com/watch…

Legalization of propaganda in 2012 NDAA which rolled back law to stop the use of psychological operations and propaganda US uses in other countries on its own citizens:http://www.businessinsider.com/ndaa-legalizes-propaganda-20…

Crisis Industry has sprung up in wake of this legislation: 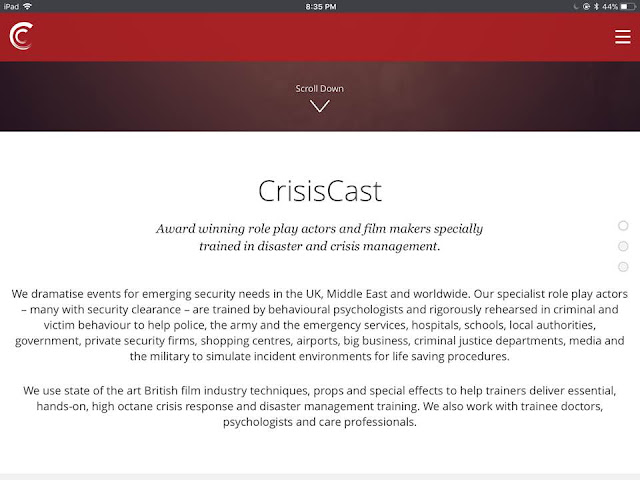 Wikipedia page w many links to articles on MSM
https://en.wikipedia.org/wiki/Crowds_on_Demand

Founder is a political operative who worked on Jerry Brown's California campaign:
https://crowdsondemand.com/who-we-are/ 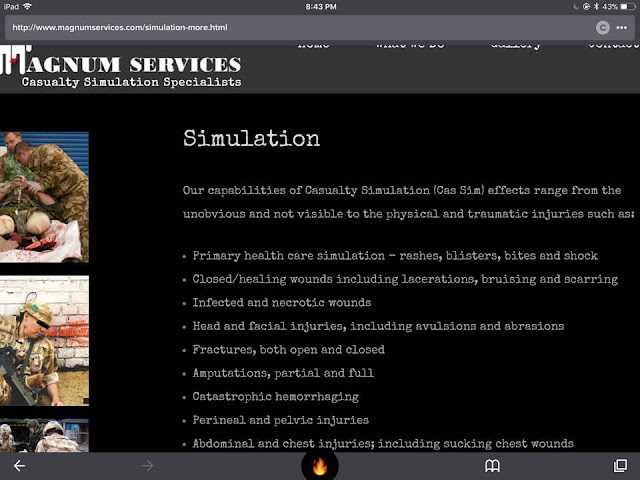 Crisis Cast & Affiliates (NGOS, Security Agencies, Governments around the world):
http://crisiscast.com/
http://www.magnumservices.com/experience-more.html
http://www.open-associates.co.uk/#aboutus
ADS affiliate of crisis cast:
https://www.adsgroup.org.uk/events-…/security-policing-2018/
Photo of type of targeted branding they provide:
https://twitter.com/saneprogressive/with_replies
It was recently revealed that the world’s largest security firm G4S, who had employed the man named in the Orlando pulse nightclub shooting, Omar Mateen – is a client of the mass casualty staging company called CrisisCast.
(this is Vanessa Beely's site)
http://21stcenturywire.com/…/casting-crisis-orlandos-actor…/
This one is especially creepy. The Crisis Cloud. Ugh:
http://www.crisis-solutions.com/simulations-and-exercises/…/
Pattern of ads from these companies occurring in locations before large scale tragedies:
https://www.zerohedge.com/…/why-was-crowd-hire-company-recr…
https://www.veteranstoday.com/…/crowds-on-demand-recruited…/

Police seeking power to detain preemptively based on social media postings and allowing teachers to carry concealed weapons:
http://www.newschief.com/…/polk-sheriff-grady-judd-to-fla-l…
Video of police seeking power to preemptively detain on social media posts on MSNBC: (they ALREADY can detain if you threaten someone online):
Go to 20:59:
https://www.youtube.com/watch?v=SdnKpEIVRik&t=1475s