More from the Parkland shooting in Florida 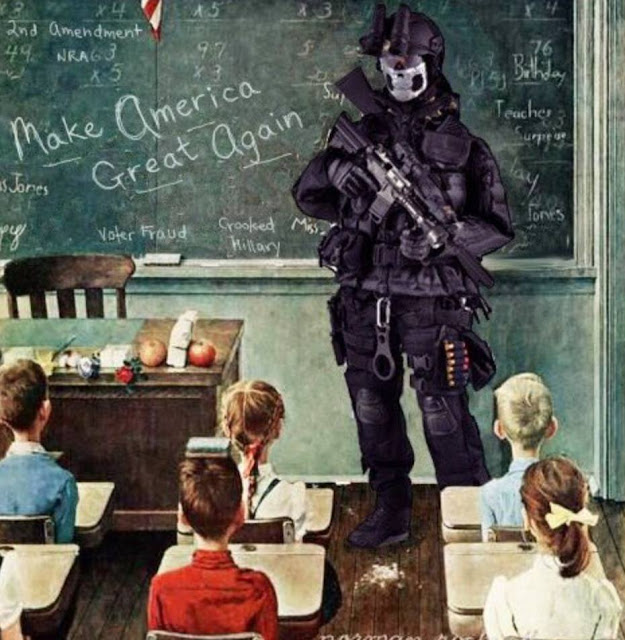 How does the purported shooter exit his Uber ride, put on full body dress, helmet, assemble his rifle, load it and start firing at targets within two minutes 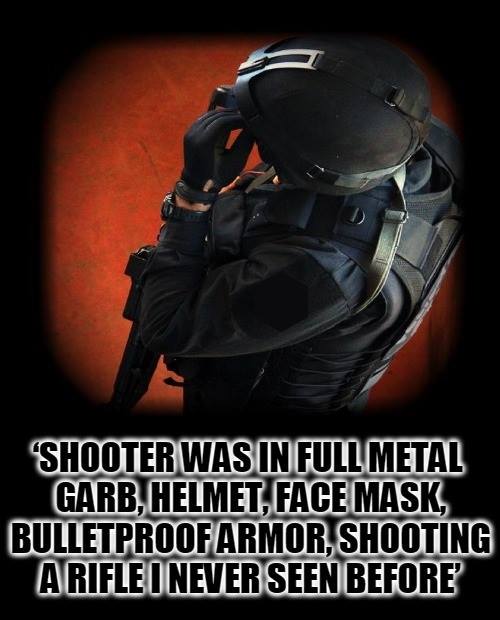 PARKLAND, Fla. (INTELLIHUB) — Marjory Stoneman Douglas High School teacher Stacy Lippel was grazed by a hot bullet which left the chamber of the shooter’s gun as she closed the door to her classroom after letting a number of students file into what would presumably be safety. However, nothing could have prepared the teacher for what she was to witness next.

“I suddenly saw the shooter about twenty feet in front of me standing at the end of the hallway actively shooting down the hallway, just a barrage of bullets, and I’m staring at him thinking why are the police here,this is strange because he’s in full metal garb, helmet, face mask, bulletproof armor, shooting this rifle that I’ve never seen before,” Lippel told Good Morning America last Wednesday.


“I never really knew when he left because we all thought he was still here,” she said.
Two of Lippel’s students were fatally wounded in the attack.
Police maintain the suspect Nikolas Cruz arrived via an Uber ride at 2:19 p.m. and initiated his attack within 1 minute. If true, that would mean that Cruz would have had to suit up into full metal body armor, put on a full helmet and the whole nine yards, all the while assembling an AR-15 rifle which was purportedly packed into a duffle bag with a number of fully-loaded magazines.
An affidavit filed by the Broward County Sheriff states: “Cruz stated that he was the gunman who entered the school campus armed with an AR-15 and began shooting students that he saw in the hallways and on the school grounds. Cruz stated that he brought additional loaded magazines to the school campus and kept them hidden in a backpack until he got on campus to begin his assault.”
An NBC News report gives the official timeline of events:

Within barely two minutes of being dropped off, Cruz started firing into four classrooms in Building 12, returning to two of them to shoot again, Israel said.

He then ran down the stairs and outside, where he blended in with hundreds of terrified students — many of them his former classmates — and eluded officers as he left campus, Israel said.

Amid the chaos he’d left behind at the school, Cruz made his way to a Walmart store, bought a drink at its Subway restaurant and walked away again, Israel said.

Such a scenario seems not only entirely unlikely but almost impossible. Not to mention the fact that prosecutors have already offered Cruz a deal to spare his life in exchange for his plead of guilt. However, if school cameras, video footage, and other hard evidence reveals that Cruz was, in fact, the shooter, why would there be a need for Cruz to plead guilty? Wouldn’t the case be cut and dry?
What exactly is going on here?

Could The Parkland, FL School Shooting Have Been A Staged Drill?

Deputy Scott Peterson knew Cruz well enough he ID'd him by sight. He watched him exit an Uber with a duffle bag

And then watched him walk right into the high school without trying to stop him- before he ever put a gun in his hand.

Colton Haab, one of the survivors of last week’s school shooting in Parkland Florida backed out of CNN’s “town hall” yesterday.

He planned to ask questions about having armed security on school grounds, but CNN wanted him to ask pre-scripted questions instead

ROTC student Colton Haab, who shielded students from the school gunman, says CNN scripted the entire townhall event and censored him from asking the questions that he wanted to ask.
CNN is pure propaganda. pic.twitter.com/AD1e7uGMV9
— Ryan Saavedra 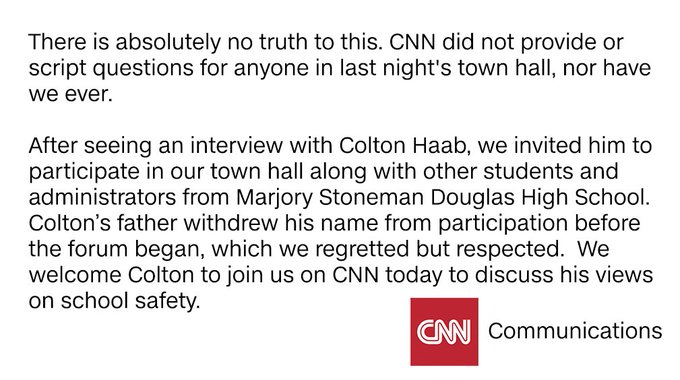 This has been disappeared from You Tube multiple times