Yesterday NIWA presented a report that showed that the summer that is not quite over was the hottest on record:

"Despite a sub-tropical storm and two ex-tropical cyclones, this summer is about to become the hottest in history."

They continue their previous pattern of ascribing this event to a la-Nina which "is a signature of La Niña, as it is associated with higher than normal air pressure over the region during the late-spring and early-summer – this prevents mixing of deeper, cooler sea water to the surface. In addition, warm northeasterly winds pushed warm water toward the country from the sub-tropics."

"NIWA meteorologist Ben Noll says the driver of this summer’s remarkable warmth has been the marine heatwave."

As usual they describe the situation quite well, describing how some places in New Zealand saw temperature anomalies of 6 or 7°C above average and that the Tasman Sea is 2-6 deg C above average. 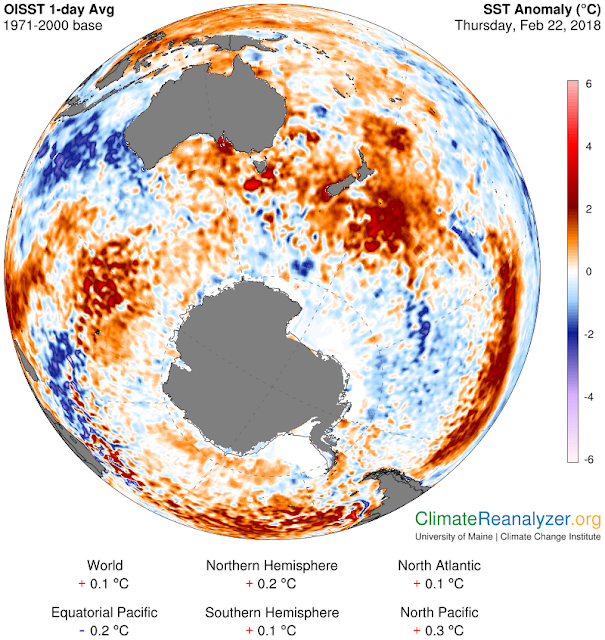 No mention of climate change!

Mr. Noll even delved into the history books and found that "the previous hottest summer on record of 1934/35 was so unusual it prompted New Zealand Meteorological Service director Dr Edward Kidson to report on it in a special Meteorological Office Note"

It is a pity he did not delve a bit further!

What is this average that they keep referring to?

This is the paragraph that yelled at me

What they are doing is comparing a previous record (in 1934) with a set of figures (1981-2010) for average temperatures during the very period when warming went into overdrive.

Working on the assumption that there would be no figures for New Zealand I looked at global figures.

Even a cursory glance at the graph shows an approximate 0.8C increase in average global temperature since the 1930's. 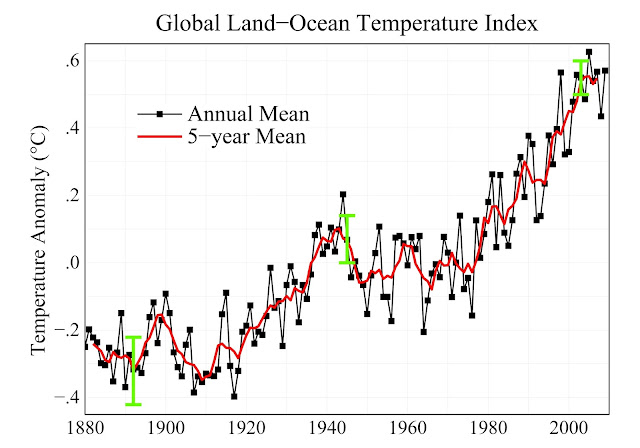 When I delved a bit further I found that there were in fact figure available of New Zealand mean land surface anomalies and clearly shows that in New Zealand as well, temperatures have been rising sharply since about 1990 even without the noise of previous year-to year readings.

What a cursory reading of the graph shows is that outside the 'noise' (the ups-and-downs) there has been a constant increase in land temperature anomalies. Temperature anomalies have gone from about -0.2 in the 1930's to 0.8-1.0C in 2013.

An increase in average temperature anomaly of over a degree! 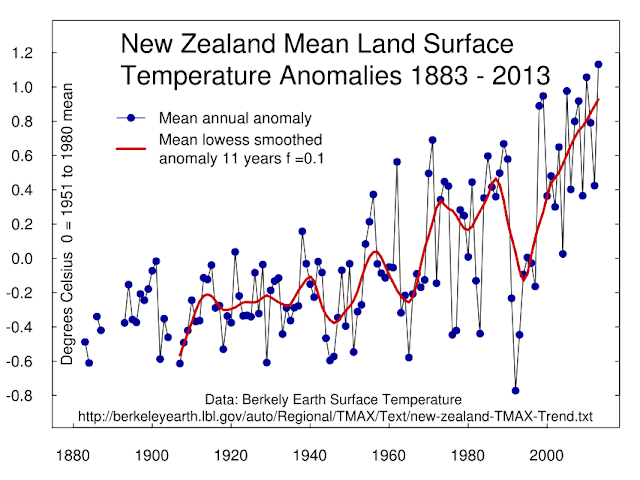 I also notice that the compilers of the data compare with an average over the 1951-1990 period, which is far more indicative than the 1981- 2010 figures which correspond with a period of (mostly) rapid warming.

The only reason i can think of why you would use these figures is if you want to conceal the real situation and minimise what is a truly alarming situation.

Which is exactly what they are doing!

The graphs above talking about warming and reflect rapid changes in the country's climate.

Instead NIWA throw all this evidence to one side - talk about the influences of la-Nina to create the impression that both years, 1934-5 and 2017-18 were simply anomalies in an otherwise normal situation.

This ignores the fact of record temperatures in the last few years and that all the hottest years globally have been in the 21st Century (bar one, the el-Nino at the end of the 1990's.

Here are figures for the incresing CO2 levels measured at Baring Head near Wellington. 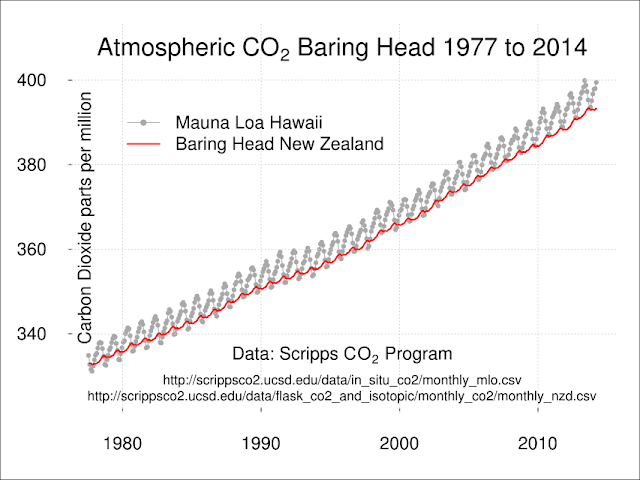