CNN IS DIRECTLY LOBBYING YOUTUBE TO SHUT DOWN INFOWARS

Don’t get me wrong, I am no supporter of Alex Jones.
In fact , in many ways he serves the role of allowing the mainstream to label all people with rational criticism as ‘kooks’.

InfoWars, especially in the current climate, does perform a role as an outlet for people to have their voices heard (one example recently is NSA whistleblower, William Binney.

I have been observing what mainstream has been saying, putting words in the mouths of others and then shooting this down. I have not been following Jones assiduously but I am fairly confident that even the foul-mouthed Alex Jones did not say what he has been accused of.

As we all know he is prone to hyperbole and even to misinformation – but not nearly to the same extent as CNN, the Washington Post and the rest of the coterie of fake news outlets.

Before you jump to approve of these actions against InfoWars (see the CNN article below) ask yourself if a truly democratic country would censor and then shut down news sources they don’t like.

What happened to the principle “I don’t like what you are saying but I will defend to the death your right to say it”.

Perhaps we should, in the current climate remember the words of Pastor Niemoeller. 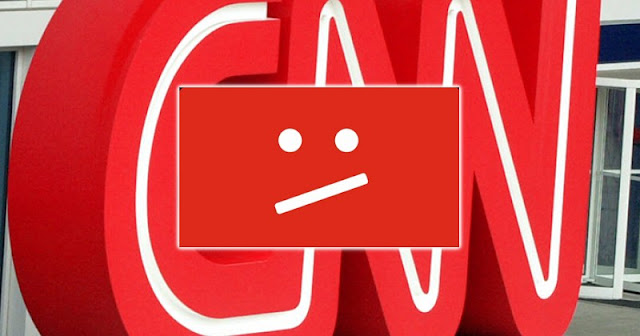 CNN is now directly lobbying for YouTube to terminate Infowars from its platform entirely, with the news network brazenly admitting as much in an article published today.


The piece, entitled, How the Florida school shooting conspiracies sprouted and spread, notes how an Infowars video questioning whether Parkland school shooting survivor and now anti-gun activist David Hogg was being coached on what to say during interviews was removed by YouTube.

CNN then relates how it “identified three similar YouTube videos from InfoWars” which were brought to YouTube’s attention for potential removal. A YouTube spokesperson responded that those videos were also now under review.

CNN then openly acknowledges that the goal behind this lobbying effort is to have the Infowars YouTube channel permanently terminated.

In other words, CNN, a news organization, is now actively lobbying for a third party hosting platform to censor and shut down another news organization simply for offering a different perspective.

CNN subsequently devoted an entire article to the lobbying effort entitled InfoWars is two strikes away from being banned from YouTube.

This is the culmination of almost a year of media-driven moral panic concerning YouTube.

Having lost the political argument, the legacy media is now turning to censorship in an attempt to silence alternative and competing voices.

As we reported earlier this month, Robert Thompson, CEO of News Corp., the publishing arm of Rupert Murdoch’s media empire, brazenly admitted that big corporations are pushing for the likes of Google and Facebook to censor alternative media outlets so that News Corp-owned publications can make more money.

Thompson complained that “misinformation” is being promoted at the expense of media properties such as the Wall Street Journal (which just happens to be owned by News Corp).

“The potential returns for our journalism would be far higher in a less chaotic, less debased digital environment,” he asserted, acknowledging the financial incentive behind censorship.

InfoWars'main YouTube channel is two strikes away from being banned 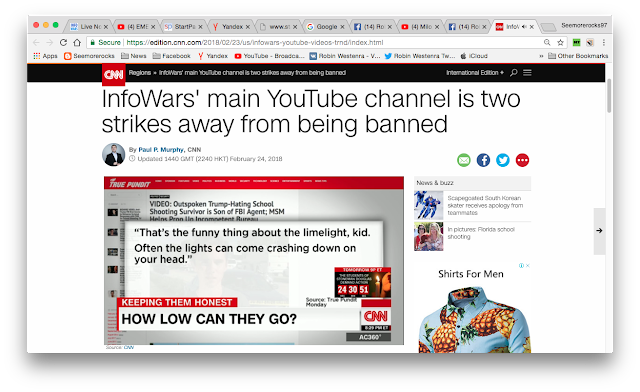 InfoWars, a far-right media organization run by Alex Jones and known for peddling unfounded conspiracy theories, is on thin ice with YouTube after it posted a video that portrayed the survivors of the Parkland school shooting as actors.

That video focused on David Hogg, a strong voice among survivors of the mass shooting at Marjory Stoneman Douglas High School. The attention has given him a powerful platform -- but it has also made him the subject of demonstrably false conspiracy theories that claim he's so skilled as a public speaker that he must be a paid actor.

On Wednesday, YouTube removed the video from InfoWars' page for violating its policies on harassment and bullying. The video was titled, "David Hogg Can't Remember His Lines In TV Interview." 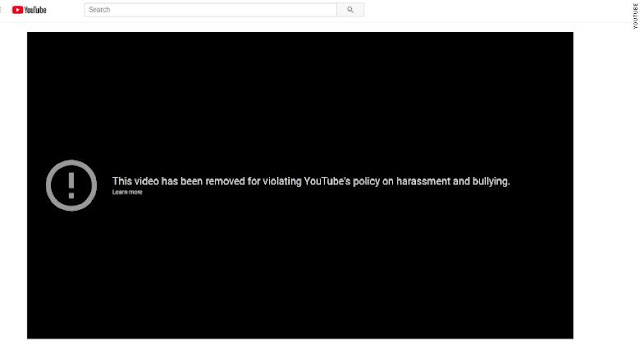 It used screenshots of an interview Hogg did with with CNN affiliate KCBS, in combination with other images, in an attempt to suggest that Hogg and other students are "crisis actors."

The term refers to people who are paid to play disaster victims in emergency drills. More recently, though, the phrase has been co-opted by conspiracy theorists who claim mass shootings are events staged to achieve a political goal.

"Last summer we updated the application of our harassment policy to include hoax videos that target the victims of these tragedies," said a YouTube spokesperson. "Any video flagged to us that violates this policy is reviewed and then removed."

But CNN has identified three YouTube videos from InfoWars that cite such hoaxes and asked if they also violated YouTube's policies. The YouTube spokesperson said the videos sent in by CNN were flagged to the policy team for review on Thursday evening.

CNN has sent repeated inquiries to YouTube on the outcome of that review, but has not received a response.

YouTube's community guidelines say if the account receives one more strike in a three-month period, it will not be able to post new content for two weeks.

If the account receives two more strikes in three months, it will be terminated.

A source with knowledge of InfoWars' account says all YouTube accounts, including InfoWars', are subject to the community guidelines.

InfoWars founder Alex Jones is known for spreading the conspiracy that the Sandy Hook Elementary School shooting in Newtown, Connecticut, in 2012 was fake. Of Parkland, he acknowledges that "real people were shot." But Jones repeatedly implied Hogg and others are crisis actors. He also said in a February 15 video posted on YouTube that he could "officially say that it's about a 90 percent chance" the Florida shooting was a "deep state false flag operation."

CORRECTION: The headline of this piece has been updated to more accurately reflect the fact that InfoWars' main YouTube channel is two strikes away from being banned from YouTube.

Posted by seemorerocks at 10:07