Alleged shooter Cruz tried to hand himself into the FBI 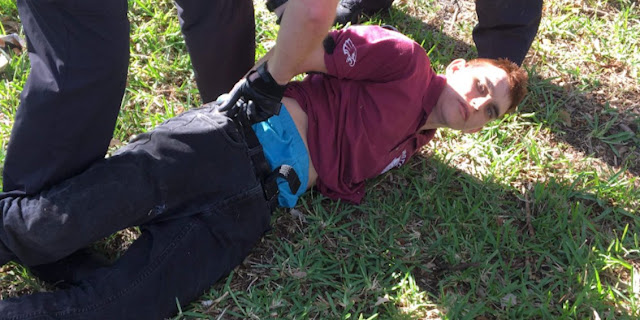 The lone gunman behind this months’ devastating attack on a south Florida high school reported himself to law enforcement just after Thanksgiving, telling officials he was “struggling” in the wake of his mother’s death just weeks before.
According to the New York Times, 19-year old Nikolas Cruz placed the call after physically assaulting a friend in late November; saying “The thing is I lost my mother a couple of weeks ago, so like I am dealing with a bunch of things right now.”
Those familiar with the message say he sounded “child-like” and “out of breath.”
The red flag is just one of several warning signs missed by federal and local authorities. The FBI is under fire over another highly specific tip made just weeks before Cruz’s rampage, with a family friend telling authorities the former student may go “into a school and just shoot the place up.”
The Broward County Sheriff’s Department is under similar scrutiny after reports that an armed Deputy refused to enter the school during the shooting, opting to wait for back-up and other law enforcement to arrive on the scene.
Nikolas Cruz opened fire at the Marjory Stoneman Douglas High School on February 14th; killing seventeen people and injuring dozens before being arrested nearly a mile from the site of the mass shooting.