Radio NZ is AGAIN silent about devastating news from the Arctic

In my despair and sense of powerlessness all that is left is to inform those who want to know and to hold a public service broadcaster with a "public interest" role in its charter accountable.

No news is good news, but not when it comes to climate change
Arctic headlines go round the world: Radio New Zealand is silent 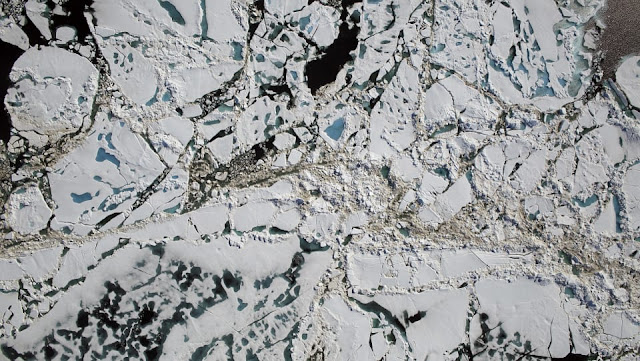 I was in a state of shock, despite all the work I do on this every day of my life at the news that went around the world, from the Washington Post to the Sydney Morning Herald and even Fairfax (stuff.co.nz).

This is the headline from the Sydney Morning Herald

I quickly realised that Radio NZ was not going to cover this event as it has either ignored or distorted news from the Arctic as well as the Antarctic.

Needless to say I am thoroughly disillusioned with mainstream, corporate media and expect very little from them.

Radio New Zealand is in a class of its own. As a publicly-owned independent broadcaster it has its own charter:

As an independent public service broadcaster, the public radio company’s purpose is to serve the public interest

That (as well as making a futile gesture in the face of my own helplessness) is why I continue to hold their feet to the flre.

I decided to confront them once again and ask why they are not covering such earth-shattering news.

Instead of a senior journalist I got a young journalist who clearly didn't know (and cared even less) about climate change.

My questioning was perhaps not as fluent as I would have liked but the young man was clearly taken back by my questions but I will leave it to you to make up your minds about the nature of the interaction.

He trotted out the usual statement I've always got from Radio NZ public relations which is denial of the facts and the standard line that "we do plenty on climate change".

This is demonstrated by this quick search on DuckDuckGo for "Arctic ice melt on Radio NZ" which comes up with essentially ONE result.  The second item in the search is my own item on the same RNZ report. 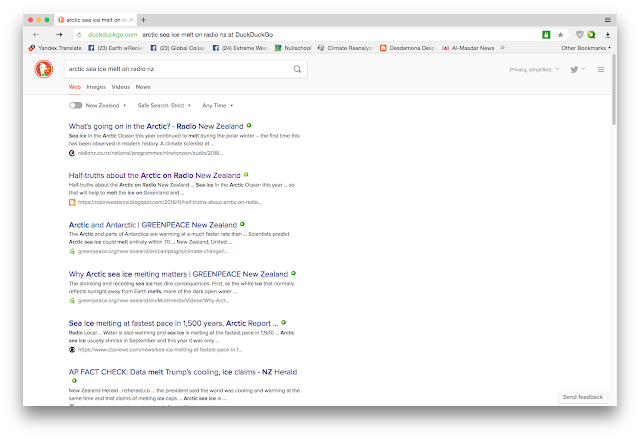 Here is the item, which relates back to November, 2016 which includes a very bland interview with Victoria University climate scientist, Prof. James Renwick.

The article refers to "unusual" weather shifts. We have not seen events like this since humans have been on the planet!

What's going on in the Arctic? 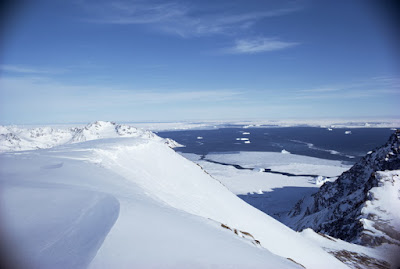 Unusual (sic) weather shifts around the North Pole are worrying scientists who see them as evidence the climate is irreparably changed.

Sea ice in the Arctic Ocean this year continued to melt during the polar winter -- the first time this has been observed in modern history.


A climate scientist at Victoria University, James Renwick, says the increase was caused by record global temperatures, unusually warm air currents, and the surface of the Arctic Ocean being warmer than usual.

After having failed to point out the real time news out of the Arctic they did do this piece on someone's fantasy of geoengineering.

Chilling out: making ice in the Arctic 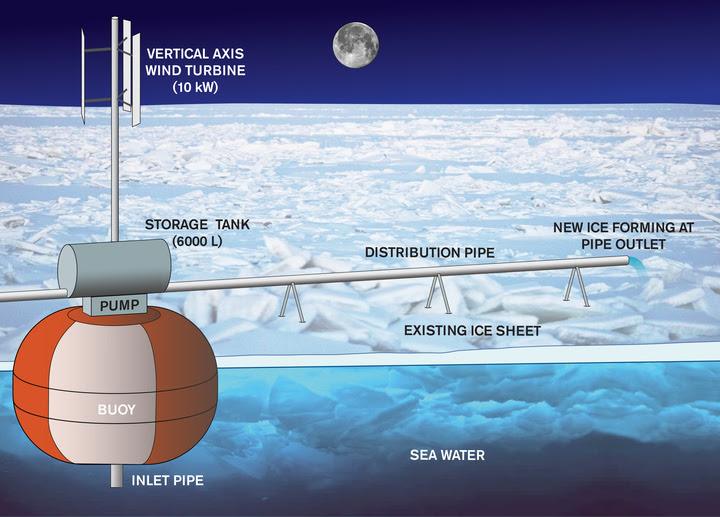 With predictions that the Arctic could be ice-free by 2030 (sic), an ambitious geoengineering project aims to create more ice by circulating water using no less than 10 million wind turbines.

The man with the plan is Professor Steve Desch, an astrophysicist at Arizona State University.

Geoengineering is the deliberate and large-scale intervention in the earth's climate system to combat climate change.

Attempts to block or reflect the sun's rays so far include giant space mirrors, releasing millions of tonnes of sulphur dioxide into the atmosphere, even pouring cereal and ping-pong balls into the sea.

Professor Steve Desch plans to combat the melting of polar ice caps by covering 10 percent of the Arctic Ocean with wind turbines that will pump water on to the ice during winter to promote more freezing.

As if we needed reminding, while some computer modellers are saying that the Arctic ice will melt by 2030 (the line RNZ trots out regularly) or even 2100 the U.S.Navy thinks otherwise:

I was told once by email by ex-Radio NZ journalist Veronica Meduna back in 2014, (or at least it was strongly hinted) that the policy is not to cover the subject unless there is a "local component" (a "local component to GLOBAL warming!!!?).

So maybe this was reason to let the journalists off the hook?

Just wait, said Meduna, until the next IPCC report comes out.

As i turned out it was not worth the wait!

However, there will be some benefits from climate change for New Zealand.Warmer winters will mean lower heating bills and might reduce winter illnesses, forest growth is expected to increase, and some parts of New Zealand can expect stronger spring pasture growth.

I searched for previous articles from Radio NZ on Antarctica as it relates to climate change. We were on much better ground compared to the Arctic.

The following gives a clue to the content of most of the items on Antarctica.  Interesting, fascinating - yes, but nothing much to do with the rapid and shocking changes on the continent. 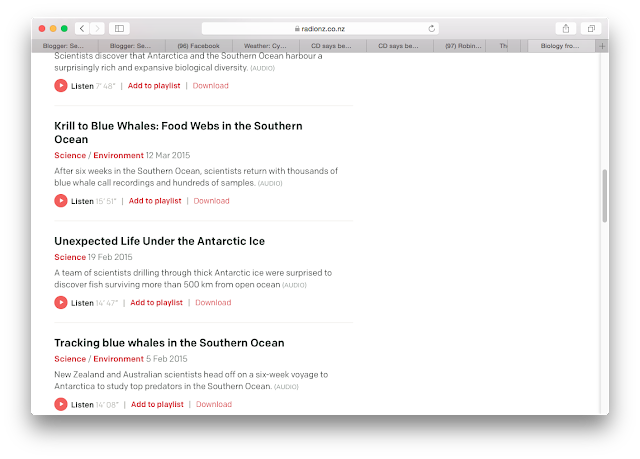 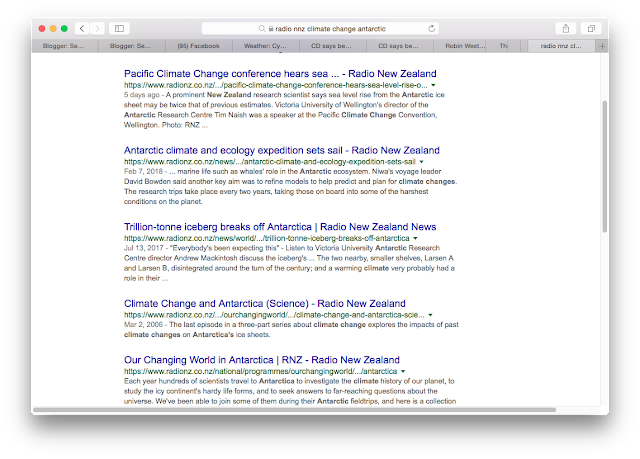 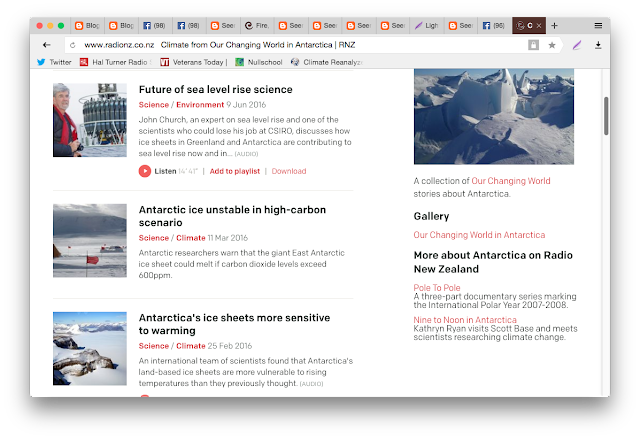 The science programme (since eviscerated), Our Changing World has done various items, none of which, again, was strictly on subject.

At the end of 2016 and beginning of 2017 there were articles about the sudden and shocking retreat of Antarctic ice and even how scientists were shocked by rainfall in Antarctica.

One might have expected this to be reflected in RNZ's newsfeed but not a bit of it. Silence!

Instead, while the rest of the world media focused on the shocking retreat of Antarctic ice (reflected by the animation of Sam Carana below) Cathryn Ryan interviewed an academic from Otago University billing the item as "why Antarctic ice is not melting like the Arctic"

Did she mean that the melt was not like that of the Arctic (given the geography) - and as pointed out by the academic - or were they saying (as implied) that Antarctica is not melting.

After going through the material quickly, Ryan moved on to questioning what it was like to be a woman amongst male scientists.

Some time later the news came of Larsen C calving. 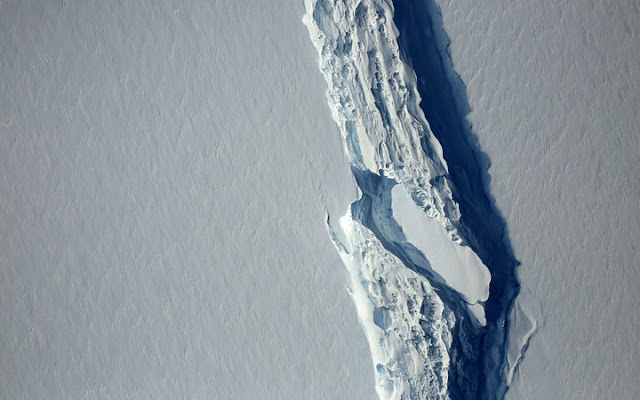 I woke up this morning to a Facebook message alerting me to the latest headline – something we have been waiting to happen for weeks.


What I noticed was that they gave prominence to a Prof Helen Fricker, from the Scripps Institution of Oceanography who emphasised (and this could really have been their headline) that THIS IS NOTHING TO DO WITH CLIMATE CHANGE.


This time I took the step of formally complaining. After receiving a response from the broadcaster with the usual weasel words I decided that taking a complaint further was futile and a waste of time

I am not of course saying that Radio New Zealand is not covering climate change at all.  Their coverage is all designed around government policy and whether or not we are meeting our (meaningless) voluntary commitments to the Paris Agreement.

It is designed to give the impression that climate change is a crisis that can be solved.  There is absolutely NO sense of urgency whatsoever. Why should there be when we are unlikely to see the effects (as presented by RNZ) in our lifetimes (put 2100 in your diaries - sic).

So any evidence that climate change is actual and the changes are happening in front of our eyes (and therefore, that the IPCC and the climate modellers are as wrong as it comes has to be kept from the public eye.

That fits brilliantly into the Radio NZ charter - NOT.

I do not expect that the broadcaster agree with or reflect my own dire conclusions, but I do insist as a minimum that their coverage reflects what media all around the world are saying.

Similarly, I am not so much interested in the occasional interview (with Peter Wadhams or Michael Mann). It is the news stories that interests me most.

By contrast the commercially-driven print media in New Zealand are dutifully reflecting what is being reported across the world.

But Radio New Zealand is not.

That is why I class them as climate change deniers New Zealand's economy is growing faster than our greenhouse gas output, signalling industries are becoming more efficient with their emissions.

The report contains information which show the interactions between the environment and the economy and what's being done to protect the environment.

Around 70 percent of New Zealand's export earnings depend on natural resources.

Economy-wide, greenhouse gas emissions increased by 24 percent over the past 25 years.

In particular, primary industries - such as agriculture, forestry, fishing, and mining - account for 57.1 percent.

Greenhouse gas intensity lowered for all these sectors.

Statistics New Zealand's Michele Lloyd said it was great to know the country was on the right path.

"There are some industries whose emissions are actually falling while their GDP is increasing, that's what we call Nirvana.

"Its great to be able to show there are industries who are able to do that, that's a way forward for the future," she said.

The information would be useful for policy making, she said.

There had been a demand for the information for the past two years and reports would now be released annually, she said.

How much are our natural resources worth?

Calculated asset value of commercial fish resource was $7.2 billion, an average increase of around 5 percent per annum from 1996-2016. Rock lobster had the highest asset value at $2.4bn.

The value of cultivated (exotic and commercially viable) timber stocks reached $18.3 billion. Timber stocks increased $961m on the 2015 value.
Returns to electricity operators from the use of all renewable energy was $818m, $574m of which was from hydroelectricity. Renewable energy accounted for 82 percent of total electricity generation.

Primary industries as a whole (agriculture, forestry, fishing, and mining) accounted for 5.5 percent of GDP in 2016, amounting to $14bn. This is a decrease of 12.1 percent since 1972

At the end of my "discussion"with the young man from RNZ I said I would send evidence of what I was saying.

As part of this I have put together an incomplete list of press articles just from January and February this year:

It Was Warmer In The Arctic Circle On Sunday Than In Boston, Raising Alarm At ‘Freakish’ Warming Trend

Warming of the Arctic is unprecedented over the past 1,500 years scientists say

The northernmost permanent weather station in the world, just 440 miles from the North Pole, has warmed to 43°F (6 deg. C) today

Despite Stronger La Nina, January of 2018 was the Fifth Hottest in the 138 Year Climate Record

The U.S. Military Secret That Was Just Revealed by Climate Change

2017 was hottest year on record

The Arctic is full of toxic mercury, and climate change is going to release it