The TPP is dead 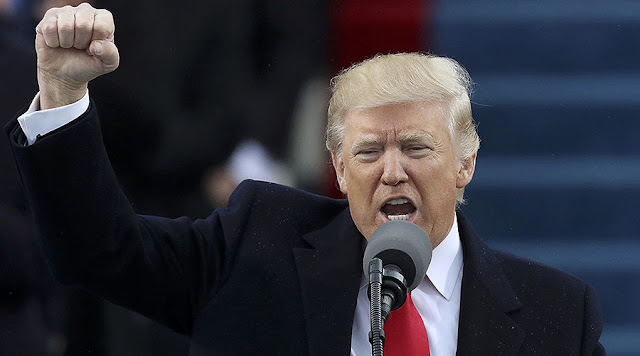 Donald Trump is set to kill the Trans-Pacific Partnership (TPP) between the United States, New Zealand, Australia and nine other Pacific countries within hours of being sworn in as the 45th president of the US.

But an international relations expert says the other parties are likely to keep talking and may form separate regional agreements.
Mr Trump's press secretary Sean Spicer said on Thursday the President-elect would stick to his planned list of executive orders aimed at striking down some of the cornerstones of President Barack Obama's eight years in the White House, including the proposed TPP.
In November Mr Trump released a video of his policy plans for the first 100 days and the "potential disaster for our country" TPP was top of his list.
"Part of what he announced in the executive order list around the Thanksgiving time included the actions on both TPP and NAFTA (North American Free Trade Agreement)," Mr Spicer told reporters.
"They will be done by executive order, so I think you will see those happen very shortly."
In Mr Trump's video message in November he vowed to "issue our notification of intent to withdraw from the Trans-Pacific Partnership".
Mr Spicer's TPP executive order confirmation is a blow to the New Zealand Government and other nations hoping to keep the TPP alive.
But Dr Stephen Hoadley, an international relations expert from Auckland University, says the remaining parties are likely already talking.
"The other 11 members, recognising that the US is in a period of policy uncertainty, will begin quiet negotiations to see if a pair or a trio might coalesce using the TPP text as their standardâ€¦ and that they would like to realise the benefits from these provisions," he says.
New Zealand Prime Minister Bill English all but confirmed as much on his trip to Europe this week, saying the TPP was not dead despite Mr Trump's displeasure with it.
Dr Hoadley says it's very likely the 11 remaining participants will splinter off into smaller groups of three or four and cherry-pick parts of the TPP text that suit them, rather than stay together as one big bunch.
Controversial investor-state dispute resolutions, largely driven by American business lobbyists, will likely be removed or greatly altered.
Mr Trump has talked about negotiating one-on-one trade deals with nations, instead of multi-country pacts like TPP and NAFTA.
He has also said deals will only be signed if they favoured the US.
Mr Spicer confirmed this remained Mr Trump's strategy.
"I think the President's message on trade has been fairly clear," Mr Spicer said.
"He is going to fight for American workers and American manufacturing, and that's going to be the number one thing that guides him going forward.
"He is going to make sure every deal he cuts, just like he did in business, puts American workers and American manufacturing, American services first."
Mr Trump will be sworn in on Friday (Saturday NZ time) in Washington DC.
NZN / Newshub.