CNN’s Jake Tapper crushed by Tulsi Gabbard, ‘Why is US supporting Al Qaeda, when Al Qaeda attacked US on 9-11, not Syria’ 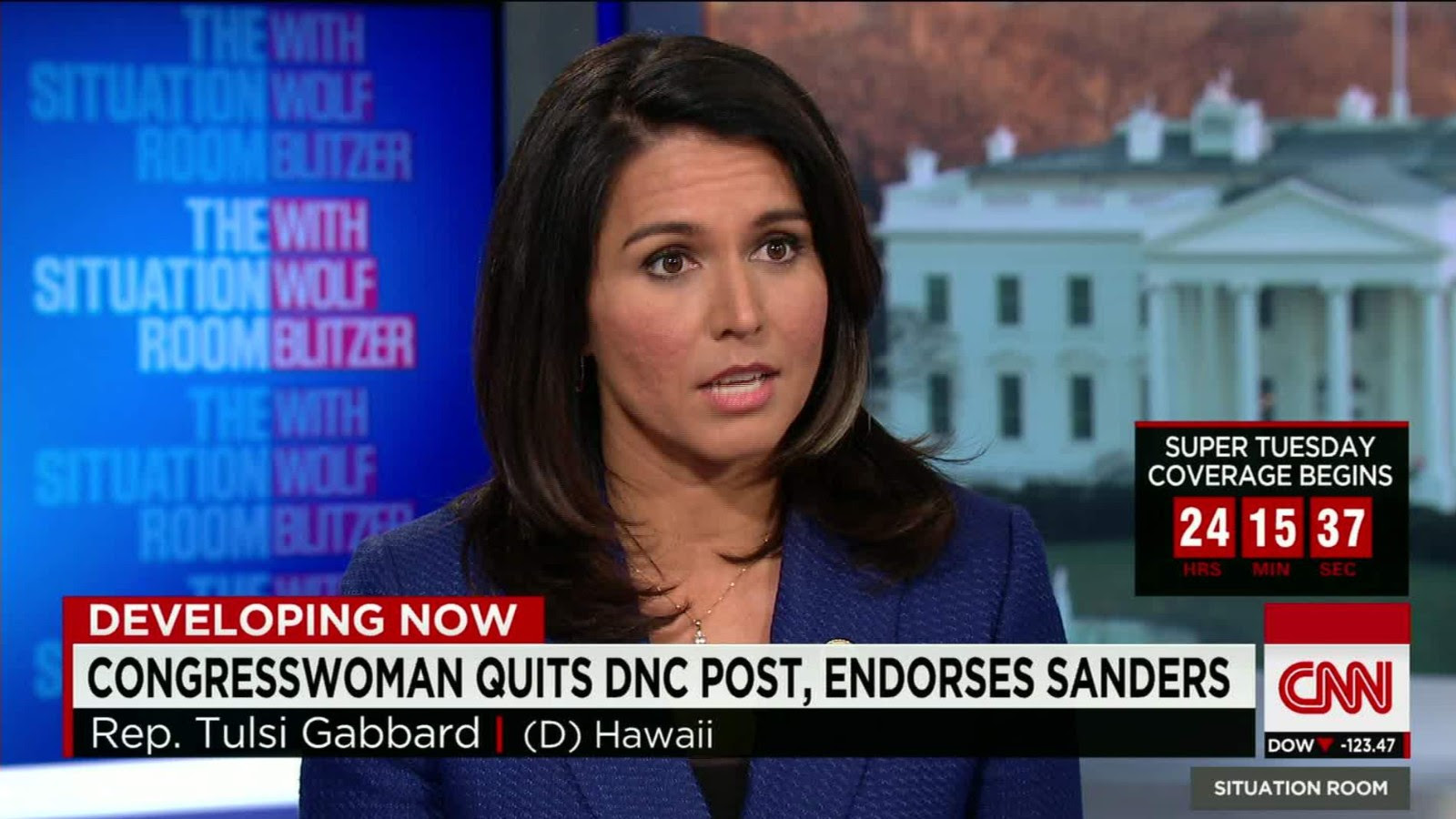 CNN Exclusive interview with US Rep. Gabbard on meeting with Assad in Syria


US Congresswoman Tulsi Gabbard just returned from a secret trip to Syria and spoke with CNN’s Jake Tapper in a CNN Exclusive interview.

Jake Tapper continued to toe the “fake news” lie that Assad is “responsible for thousands of deaths” in a “5 year liong civil war”.

Gabbard made it clear that Assad is the President of Syria, and any reconciliation would have to involve Syrian President Bashar Al Assad.

Gabbard then moved on to destroy the Obama lie that “moderate rebels” exist in Syria, fighting for democracy. Gabbard was clear in her fact finding mission to Syria…

‘Why is it the United States is providing support, providing arms, to terrorists groups like Al Nusra, Al Qaeda, ISIS…killing the Syrian people of all ages.’

Then Jake Tapper walked into the knockout blow (4:12 mark), when he countered Gabbard’s claims…

“Obviously the United States government denies providing any sort of help to the terrorist groups you are talking about, they say they provide help for the rebel groups.”
Gabbard’s response to Tapper…

“Everyplace that I went, every person that I spoke to…I asked this question to them, and without hesitation they said, ‘There are no moderate rebels. Who are these moderate rebels that people keep speaking of.'”

“The strongest fighting force on the ground in Syria is Al Nusra or Al Qaeda and ISIS. That is a fact.”

“The Syrian people recognize, and they know, that if President Assad is overthrown, then Al Qaeda, or a group like Al Qaeda that has been killing Christians, killing people simply because of their religion, or because they won’t support their terror activities, they will take charge of all of Syria.”

“This is the reality that the people in Syria are facing on the ground…and why they are pleading with us here in the United States to stop supporting these terrorist groups.”

“Let the Syrian people themselves, determine their future, not the United States, not some foreign country.”