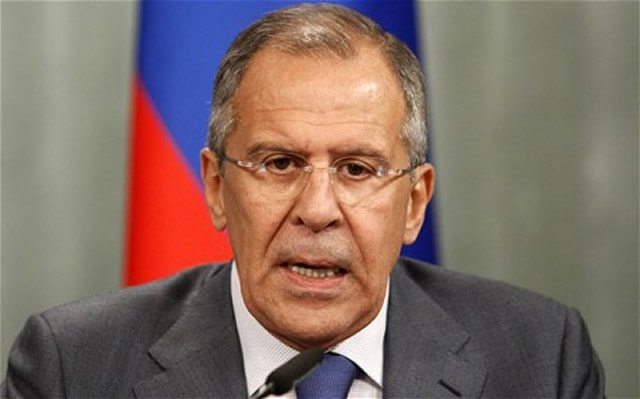 the Duran,
30 January, 2017
So long as done in compliance with international law, setting up so-called 'safe zones' for the internally displaced in Syria is not an issue.
Many people claimed that Donald Trump’s proposals for so-called ‘safe zones’ in Syria for internally displaced people, would drive an insurmountable wedge between the US and Russia on Syria.

The idea of setting up special areas, effective ‘quarantine zones’ for the displaced, needn’t imply a no-fly zone nor the bifurcation of Syrian territory. If it did – the proposals would not only be an impossibility, but would be very dangerous if someone tried to implement them. But as it were, Trump seems not to be clutching at those dangerous straws.

Today, Russia’s Foreign Minister Sergey Lavrov said that such zones could be set up in Syria so long as done with the permission of the Syrian government and so long as they can be adequately monitored and policed by the UN. In other words, they would need to conform to the requirements of international law and that includes respecting Syrian sovereignty.

Lavrov seems to understand what many in America and Russia do not. For Trump, the Syria crisis is all about how to limit the outflow of individuals from Syria into other countries whether it be Turkey, European states or the US. Russia has set up many areas in Syria to provide temporary shelter, food and medical care to internally displaced Syrians. Trump’s proposals ought to be understood as an extension of this concept.
Lavrov went on to say:

“If this is about the people who were forced to leave their homes by the conflict…getting their basic needs covered…then I think that the idea to create areas within Syria for those internally displaced could be discussed with the UN’s High Commissioner for Refugees and other organisations.”

When understood in this context, it would mean the US would simply be doing what Russia has done almost since the inception of Russian assistance in the conflict. Lavrov was, however, careful to warn that such zones must be purely humanitarian zones rather than places used to set up an ‘alternative’/illegal Syrian government. Addressing this matter, he said:

“There have been ideas of creating some areas where an alternative Syrian government could sit, and use those areas for regime change”.

Lavrov, who has always expressed a healthy skepticism about the rapidity with which the US might begin cooperating with Russia over Syria, has struck an optimistic tone after the lengthy phone call between Presidents Putin and Trump.

It is still very early to say that anything concrete has been achieved by the phone call, but in the sense that things have not got worse, it is fair to say the possibility for things to get better remains open.

President Trump reportedly discussed the idea of creating “safe zones” in Syria with the king of Saudi Arabia on Sunday, just days after Russia’s President warned Trump to “weigh all possible consequences.” 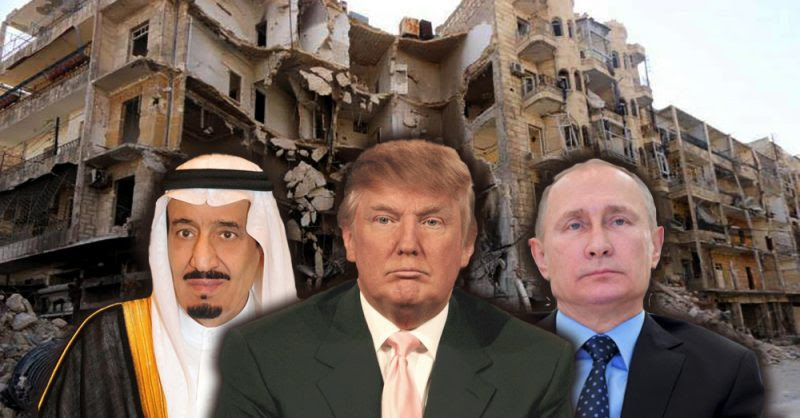 Trump spoke to the King of Saudi Arabia, Salaman bin Abdul Aziz, and the Crown Prince of Abu Dhabi, Sheikh Mohammed bin Zayed Al Nahyan, on the phone with both gulf leaders agreeing to Trump’s proposal of setting up safe zones in the Middle East for refugees, Reuters reported.

“The president requested, and the King agreed, to support safe zones in Syria and Yemen, as well as supporting other ideas to help the many refugees who are displaced by the ongoing conflicts,” the White House said.

During Trump’s campaign, he advocated heavily for Gulf states to pay for establishing safe zones to protect Syrian refugees.  His rhetoric regarding safe zones has been ongoing since he started campaigning for the presidency in June 2015.

“They’re gonna put up all the money,” Trump said during an immigration speech in Phoenix in August. “We’re not gonna put up money. We’re gonna lead it, and we’ll do a great a job. But we’re gonna get the Gulf states to put up the money.”


“What I like is build a safe zone, it’s here, build a big beautiful safe zone and you have whatever it is so people can live, and they’ll be happier,” Trump said during a rally at Knoxville, Tennessee.

More recently Trump reiterated the idea for safe zones, speaking on ABC.
“Europe made a tremendous mistake by admitting millions of refugees from Syria and other Middle Eastern trouble spots,” he said. “I don’t want that to happen here.”

“I’ll absolutely do safe zones in Syria for the people,” he added, without giving details on how he would establish the safe zones.

That question seems to be partially answered according to a document seen by Reuters. Trump is planning to order the Pentagon and the State Department in coming days to craft a plan for setting up the “safe zones.”

Although these “safe zones” have not been defined, there is no further information on what these safe zones would constitute, where they would be setup, or how they would be enforced.

“The Secretary of State, in conjunction with the Secretary of Defense, is directed within 90 days of the date of this order to produce a plan to provide safe areas in Syria and in the surrounding region in which Syrian nationals displaced from their homeland can await firm settlement, such as repatriation or potential third-country resettlement,” the draft order said.

“We have seen the U.S. President’s request for conducting a study. What’s important is the results of this study and what kind of recommendation will come out,” Turkish foreign ministry spokesman Huseyin Muftuoglu said.

While Russia warns the U.S that it should “thoroughly calculate all possible consequences.”

“No, our American partners did not consult with us. It’s a sovereign decision,” Dmitry Peskov said.

Trump and King Salman also discussed the Muslim Brotherhood, a senior Saudi source said, adding that the two talked about Osama Bin Laden, the late al-Qaeda leader: “It was mentioned that Osama bin Laden was recruited at an early stage” the news organization Al Arabiya reported.  The Muslim Brotherhood is expected to be labeled a terrorist organization by the Trump administration.

Then there is the secret directive PSD-11 or Presidential Study Directive-11.
The directive was produced in 2011 which outlined administration support for political reform in the Middle East and North Africa, by backing the Muslim Brotherhood. Two years before that Obama invited 10 members of the Muslim Brotherhood, including the country’s chief opposition party, to attend his speech in Cairo.