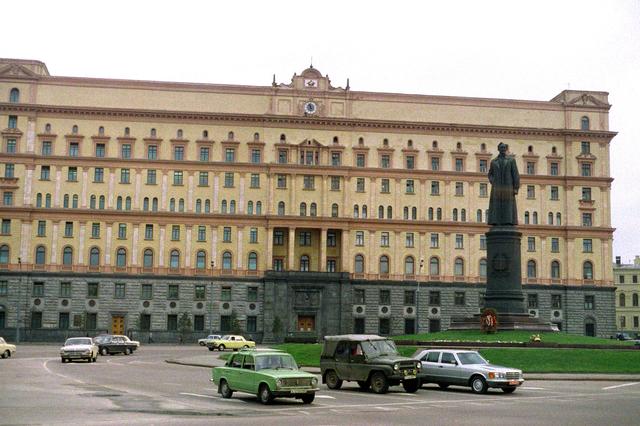 Rumours sweep media of connection to Clinton leaks as Moscow arrests another alleged cyber spy on treason charges and a former KGB general is found dead in his car.

The dragnet in Moscow of cyber experts caught up in what is increasingly looking like a spy inquiry continues to widen with news that a third individual – named as Dmitry Dokuchaev, whom The London Times calls “a cyber-spy and former hacker” (whatever that means) – has also been arrested on treason charges.

This follows earlier news of the arrest on treason charges of an FSB officer, now named by The London Times as Sergei Mikhailov, who was apparently deputy head of information security at the FSB, and Ruslan Stoyanov, who is now being called a senior researcher at the Kaspersky Lab.

When news of the arrests of Mikhailov and Stoyanov first surfaced I wrote that there was speculation that these arrests in Moscow might be connected to the scandal in the US concerning alleged Russian hacking of the DNC and Podesta, and the alleged leak by the Russians of their stolen emails to Wikileaks.

The Kremlin has widened an apparent crackdown on high-level figures implicated in hacking the US presidential elections. Russian newspapers said last week that Dmitry Dokuchaev, a cyber-spy and former hacker, had been arrested on Kremlin orders. He was the third leading agent to be detained on treason charges since Russia’s interference in the 2016 campaign was exposed.
(bold italics added)

Before proceeding further, I should say that the article in The London Times reads strongly as if it has been written on the basis of information provided to The London Times by the British intelligence service. That this is so is strongly suggested by the highlighted words of the above paragraph, which imply that Mikhailov, Stoyanov and Dokuchaev were actually involved in hacking Podesta and the DNC.

On the face of it that is extremely unlikely.

Firstly Mikhailov, Stoyanov and Dokuchaev cannot by any stretch of the imagination be described as “high-level figures” of the sort the article says are now the subject of a “crackdown”.

Secondly, if they really were involved in hacking the DNC and Podesta on the Kremlin’s orders then it is difficult to see on what basis they are being charged with treason. Even if they hacked Podesta and the DNC on their own initiative, the treason charges are difficult to understand. It would in that case be more logical to charge them with theft.

Quite possibly Mikhailov, Stoyanov and Dokuchaev are being arrested because they are named as informants in the classified 50 page report US intelligence provided to Barack Obama and Donald Trump in early January. Though Mikhailov and Stoyanov are reported to have been arrested in December, it is likely drafts of the report had been prepared and were circulating for some time, in which case it is not surprising if by the time of Mikhailov’s and Stoyanov’s arrest its contents had leaked to Moscow.

If Mikhailov, Stoyanov and Dokuchaev are named as informants in the report then it is a clear sign that Russian intelligence knows its contents already.

The alternative – which is equally plausible – is that enough information about the Russian hacking allegations was made public by the US intelligence community, the Obama administration, and the US media, to make it possible for the FSB’s analysts to work out who the CIA’s informants in Moscow are.

Either way the US intelligence community, the former officials of the Obama administration, and the US media, ought to realise that by cranking up the campaign around the Russian hacking allegations to such hysterical levels, they may have compromised at least some of the CIA’s informants in Moscow.

In saying all this it is however important to stress that there is as yet no definite confirmation that Mikhailov, Stoyanov and Dokuchaev have been arrested in connection with the Russian hacking allegations, though the timing of the arrest makes that likely.

There is also no information at present as to what information they might have provided, or – more importantly – as to whether this information was true.

It would still be treason if Mikhailov, Stoyanov and Dokuchaev were passing on information – perhaps for money – to the CIA that was actually nothing more than a pack of lies. In the world of intelligence such things happen all the time. The Russian authorities would be entirely unforgiving about this if they found out about it, even if the ‘information’ was all lies, especially if they concluded that its effect had been to damage relations between Russia and the US.

The article in The London Times also makes one further very interesting claim.

Supposedly on the strength of the opinion of someone called Christo Grozev – whose blog can be read here – and who is referred to in the article as an “intelligence expert” – the article links the death of an individual called Oleg Erovinkin – described in the article as a former KGB general turned oil industry executive, who was supposedly the chief of staff of Rosneft’s CEO Igor Sechin – and who died in Moscow on Boxing Day (which Boxing Day, the Western on 26th December, or the Russian on 8th January?) – to the Trump Dossier.

Again the article contains no information which actually links Erovinkin to the Trump Dossier. Moreover it says that Erovinkin’s death is “unexplained” whereas the article itself says Rosneft has attributed his death to heart failure.

As I have however previously said, the wording of the article suggests it may be based at least in part on information provided to The London Times by the British intelligence service. If so then the information that Erovinkin was the ultimate source of the Trump Dossier might have come from them, in which case it might ultimately originate with Christopher Steele, the man who compiled the Trump Dossier, who according to some reports is hiding in a ‘safe house’ under MI6’s protection.

If Erovinkin really was the main source of the Trump Dossier – which as of now is speculation – then this all but confirms that the Trump Dossier is a fabrication not based on evidence or actual knowledge. Rosneft’s CEO’s chief of staff was no doubt an important figure in the Russian oil industry. However he would certainly not have been privy to the sort of highly confidential discussions supposedly held in the Kremlin of which the Trump Dossier is full.

Conceivably Erovinkin became an agent of Steele’s when Steele was posted by MI6 to Moscow in the 1980s, at a time when Erovinkin was apparently a KGB general. He might have continued to milk Steele for money after Steele returned to London, getting money in return for information which as his intelligence connections faded he would have increasingly had to make up. Obviously this is speculation, but on past history it is neither farfetched nor unreasonable.

The alternative equally plausible possibility is that someone has seized on Erovinkin’s death to link him falsely to the Trump Dossier in order to lend that unhappy document some semblance of plausibility.

It would not be the first time the death of someone in Moscow has been used in this way. This time last year officials of a certain Western intelligence agency – quite possibly British intelligence – seized on the death by natural causes of the GRU’s chief General Igor Sergun to spread disinformation that he had died after leading an unsuccessful mission to Damascus to get President Assad to stand down.

All in all the trickle of news of arrests in Moscow provides some information but few facts.

Clearly something is going on, and it is likely that whatever it is it does have some connection to the allegations of Russian involvement in the DNC and Podesta leaks.

Given the huge interests involved the possibility of disinformation is however very strong. It is important to remain skeptical of whatever claims appear in the media until the Russian authorities reveal more of the information in their possession.