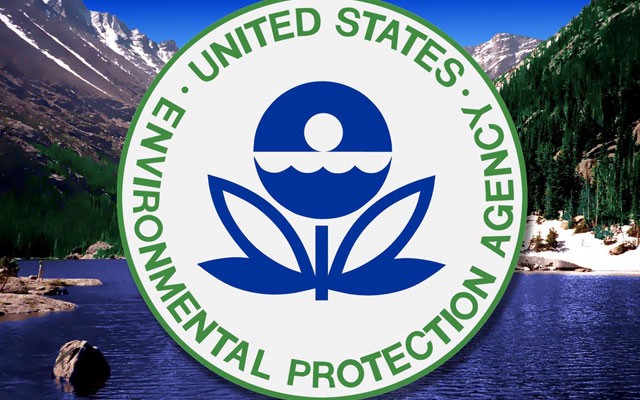 There’s a post making the rounds on the Internet in classic copy/paste fashion that’s beginning to kick up quite a ruckus regarding President Trump’s administration and their actions against the EPA. I myself shared it, and to my great surprise, a friend who is, as it turns out, close to the matter private messaged me. They talked to me under condition of anonymity, so the names have been changed. I offer the pertinent bits here for your information:

Your EPA post is absolutely true. My husband works for a local state university, and is also taking classes. One of his professors from last semester called him yesterday because he knew Brent works with technology. He said one of his friends works for the EPA and needed to have his research data copied because his computer was going to be taken. He knows a lot about research…not a lot about technology. So Brent spent a few hours yesterday helping them set up a system for transferring all their work to a safe place — he said he used a TOR browser.

Here’s what he said about the tor thing:

“Tor is a network of computers on the dark web. The Tor browser lets you access them (and only that browser will let you do it). Professor Park received an email from a colleague (a former employee of the state college, the scientist who works at the EPA.. he works in ocean temp and rise along east coast and south around to gulf). In that email he included a link to a page on the Tor network. That page had a list of mirrors (links to file servers for downloading big files in this case). There were about 30 of them. And I know all of them had around a terabyte or more of data.”

And it was Professor Park who told me that his friend told him “POTUS isn’t just suppressing, he’s destroying data — they’re taking computers.”

This all comes on the heels of various news agencies reporting that the president has ordered a communication lockdown on multiple departments within the US government. One defiant service, Badlands National Park, was tweeting scientific data against the administration’s wishes, but later got shut down. Rogue scientists, ostensibly from the National Park Service, have now launched an unofficial account, @AltNatParkSer, and are continuing to defiantly tweet science.
Here’s the original EPA post in its entirety:

From an EPA staffer:

“So I work at the EPA and yeah it’s as bad as you are hearing:

The entire agency is under lockdown, the website, facebook, twitter, you name it is static and can’t be updated. All reports, findings, permits and studies are frozen and not to be released. No presentations or meetings with outside groups are to be scheduled.

Any Press contacting us are to be directed to the Press Office which is also silenced and will give no response.

All grants and contracts are frozen from the contractors working on Superfund sites to grad school students working on their thesis.

We are still doing our work, writing reports, doing cancer modeling for pesticides hoping that this is temporary and we will be able to serve the public soon. But many of us are worried about an ideologically-fueled purging and if you use any federal data I advise you gather what you can now.

Feel free to copy and paste, you all pay for the government and you should know what’s going on. I am posting this as a fellow citizen and not in any sort of official capacity.”

If you share, please do so with copy and paste. 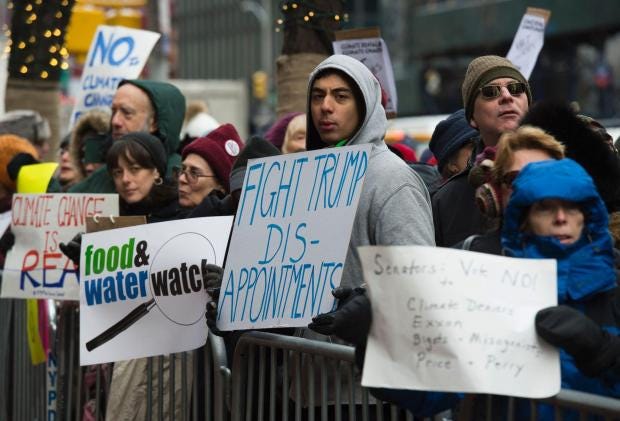 Donald Trump could sack many of the climate change staff at the Environmental Protection Agency and cut large parts of its funding, according to an official.

Myron Ebell, who led Mr Trump's transition team at the agency, said that he expects the new President to sack at least half of the staff there. He also hopes that the organisation will have its budget cut significantly, he said.
The Environmental Protection Agency works in part to minimise climate change and its effect on the American climate. That includes conducting and publicising research into global warming – research that will now have to be approved by the government and which may be deleted entirely from the website.
Mr Ebell said that he wouldn't speculate on exact numbers of staff who might be sacked. But he said that he personally would start by sacking at least half of them.
Trump tells environmental agency to delete climate change from website
"Let's aim for half and see how it works out, and then maybe we'll want to go further," said Ebell, who has returned to his position as director of the Center for Energy and Environment at the Competitive Enterprise Institute.
The conservative think tank in Washington opposes "global-warming alarmism" and receives a portion of its funding from corporations and individuals that profit from the continued burning of fossil fuels. Ebell has long been a vocal critic of federal environmental regulations, which he claims are strangling the nation's economy and impeding job growth.
Though he kept specific recommendations he made to the White House confidential, Ebell suggested it was reasonable to expect the president to seek a cut of about $1 billion from the EPA's roughly $8 billion annual budget.
About half the EPA's budget passes through to state and local governments for infrastructure projects and environmental cleanup efforts that Ebell said Trump supports. He said the cuts would likely fall on the remaining half the agency's budget, which pays for agency operations and environmental enforcement.

"President Trump said during the campaign that he would like to abolish the EPA, or 'leave a little bit,"' Ebell said. "I think the administration is likely to start proposing cuts to the 15,000 staff, because the fact is that a huge amount of the work of the EPA is actually done by state agencies. It's not clear why so many employees are needed at the federal level."
Posted by seemorerocks at 19:47