President Donald Trump ordered the removal of obstacles to the construction of two major oil and gas pipelines, which the Obama administration had reluctantly blocked after protests from environmentalists and Native Americans.

The construction will be “subject to terms and conditions to be negotiated by us,” Trump said, citing as an example the need for pipe components to be built in the US.

“The regulatory process in this country has become a tangled-up mess,” Trump said.

White House spokesman Sean Spicer reminded reporters on Tuesday that the Dakota Access Pipeline is 93 percent complete. Trump intends to sit down with all the parties involved with the pipeline, including Native Americans, and negotiate the best deal that benefits everyone, Spicer said.

The new administration wanted to start on the Keystone XL approval process "as soon as possible," Spicer said.

Trump’s decision was quickly condemned by environmentalists, Native American activists, the American Civil Liberties Union and a number of Democratic lawmakers. Senator Bernie Sanders (I-Vermont) said the US “can't afford to build new pipelines that lock us into burning more fossil fuels” and vowed to do everything to stop both pipelines.

A lawyer for the Standing Rock Sioux Tribe said the decision was made “hastily and irresponsibly.” The tribe said it intended to pursue legal action against Trump’s order, adding that the pipeline posed a risk not just for their water supply but also for millions of Americans living downstream.

One of the leading organizations in the Standing Rock protests, the Indigenous Environmental Network, called Trump’s actions “insane and extreme, and nothing short of attacks on our ancestral homelands.”

“Trump is portraying his true self by joining forces with the darkness of the Black Snake pipelines crossing across the culturally and environmentally rich landscape of the prairie lands of America,” the IEN said in a statement.

Keystone XL is a shortcut proposed for the existing system that carries oil and gas from Alberta’s shale fields in Canada to Steele City, Nebraska. The segment would have run through Montana, South Dakota and Nebraska. Despite being initially in favor of the pipeline, the Obama administration rejected it in November 2015, citing its “overinflated role in [US] political discourse.”

Obama likewise blocked the final stretch of the Dakota Access (DAPL) pipeline in December, after US military veterans joined Native Americans protesting the construction under Lake Oahe, the principal water source for the Standing Rock Sioux Tribe in North Dakota. Most of the 1,172-mile-long pipeline from North Dakota’s Bakken shale fields to Illinois has already been completed.

Both Trump and his nominee for Energy Secretary Rick Perry held shares in Energy Transfer Partners, the company building DAPL, but have since divested of them, according to their attorneys. 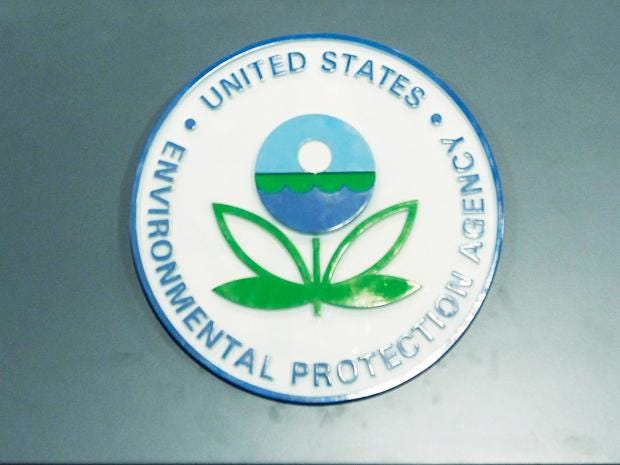 Other agencies, including the US Department of Agriculture and the Health and Human Services, have been issued a similar gag order

President Donald Trump has instituted a media blackout at the Environmental Protection Agency, barring officials from posting updates to social media and speaking to reporters.

According to emails sent to EPA staff, all incoming media requests would be "screened" by the administration, while the administration banned press releases, blog updates, and posts to agency social media accounts.

Other federal agencies – the US Department of Agriculture and Health and Human Services – have been ordered to halt "any correspondence to public officials".


President Donald Trump on Monday will start to unravel the behemoth trade deal he inherited from his predecessor, as he signed an executive action to withdraw from the negotiating process of the Trans-Pacific Partnership.

That executive action sends signals to Democrats and leaders in foreign capitals around the world that Trump's rhetoric on trade during the campaign is turning into action. Trump vowed during the campaign to withdraw the US from the Pacific trade deal, commonly known as TPP, which he argued was harmful to American workers and manufacturing.

On his first day in office, President Trump official killed the Trans-Pacific Partnership via Executive Order. He met with business leaders and talked about his plans for a border tax, cutting regulations, and how he intends to prevent companies from outsourcing jobs. Leo Gerard, United Steelworkers international president, joins RT America’s Ed Schultz to discuss the likelihood and importance of Trump also repealing NAFTA and other trade deals that hurt American workers

Trump Expected to Sign 'Audit the Fed' Bill Reintroduced in Congress
There's never been a better chance to audit the Federal Reserve. But will Trump keep his word? 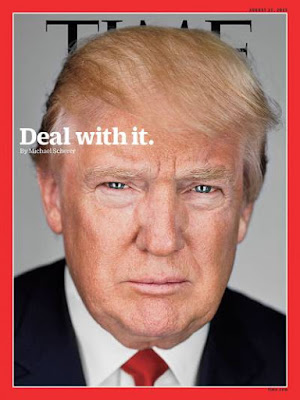 Donald Trump has openly stated his support for auditing the Federal Reserve, which is largely exempt from GAO audits and oversight, and, aside from our beloved intelligence community, is probably one of the least transparent parts of our glorious Deep State.

And now, a bill that will change all of this has been reintroduced in Congress. And this time, it has a fighting chance of making it all the way to the Oval Office. 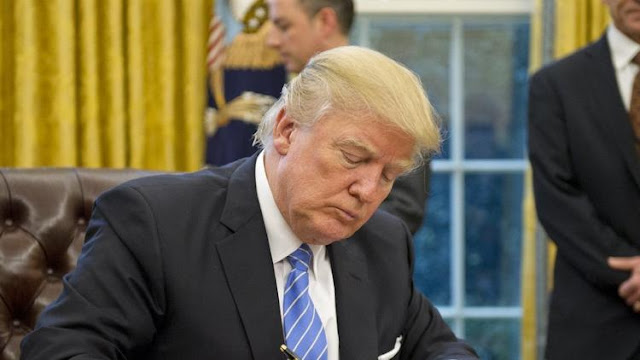 The move to reimpose the so-called global gag rule, a longtime priority of abortion opponents, was one of the new president’s first executive orders.

It continues what has become something of a ritual in presidential politics over the past three decades. First imposed by President Reagan in the 1980s, the restriction was lifted by President Clinton in the 1990s.


It was reimposed again by President George W. Bush after he took office in 2001 and then overturned by President Obama shortly after his 2009 inauguration.