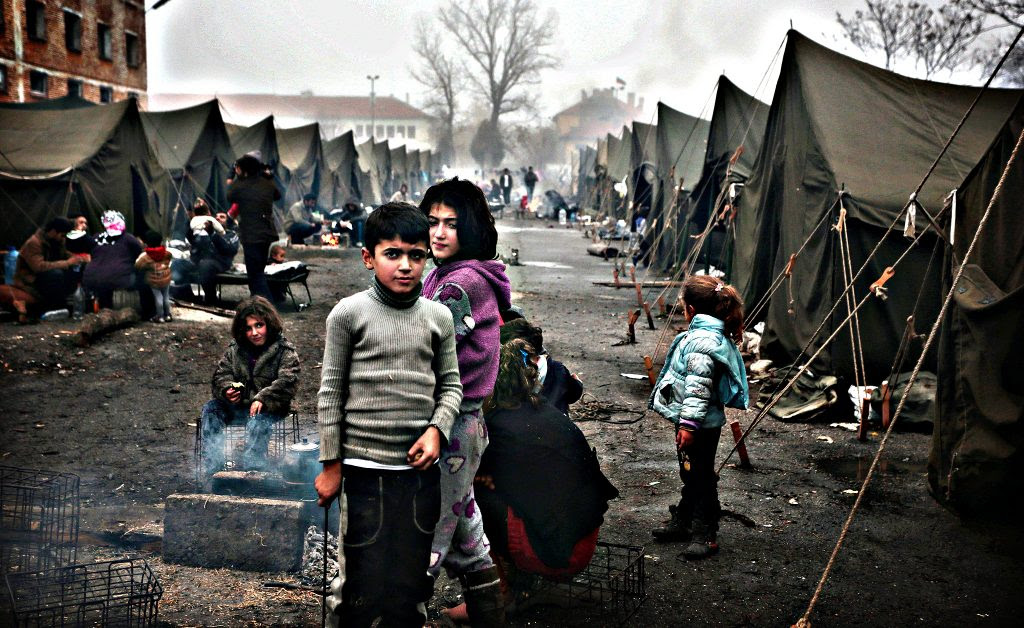 President Donald Trump is expected to sign yet another Executive Order regarding his plan to suspend the U.S.’s “refugee” program and a tightening of procedures for vetting individuals entering the United States under a refugee visa. Few but the most ardent open immigration proponents are against such a policy.
However, tucked away in the document, according to mainstream news sources like Reuters and Newsweek, is a provision to create “safe zones” in Syria.

As Julia Edwards Ainsley and Matt Spetalnick of Reuters summarized,


President Donald Trump is expected to order the Pentagon and the State Department in coming days to craft a plan for setting up “safe zones” for refugees in Syria, according to a document seen by Reuters on Wednesday, a move that could risk escalation of U.S. military involvement in Syria’s civil war.

The draft executive order awaiting Trump’s signature signaled the new administration may be preparing a step that his predecessor Barack Obama long resisted, fearing the potential for being pulled deeper into the bloody conflict and the threat of clashes between U.S. and Russian warplanes over Syria.

“The Secretary of State, in conjunction with the Secretary of Defense, is directed within 90 days of the date of this order to produce a plan to provide safe areas in Syria and in the surrounding region in which Syrian nationals displaced from their homeland can await firm settlement, such as repatriation or potential third-country resettlement,” the draft order said.

Creation of safe zones, if Trump decides to do so, could ratchet up U.S. military involvement in Syria and mark a major departure from Obama’s more cautious approach. Increased U.S. or allied air power would be required if Trump chooses to enforce “no fly” restrictions, and ground forces might also be needed to protect civilians in those areas.

Still, the document gave no details on what would constitute a safe zone, exactly where they might be set up and who would defend them. Jordan, Turkey and other neighboring countries already host millions of Syrian refugees. The Turkish government had long pressed Obama, without success, for creation of a no-fly zone in Syria on its border with Turkey.

The draft raised the possibility of establishing those safe havens in neighboring countries but did not elaborate.

The move is being characterized as being part of a larger plan to restrict refugee influx to the United States, especially from specific countries.

In true Trump fashion, the document allegedly lacks details. While it is possible that the order only revolves around the repatriation of refugees already inside the country, given the coverage provided to the issue of “safe zones” and “no-fly zones” in Syria over the past few years, it is unlikely that the terminology would be used out of ignorance. If the “safe zones” are established in “neighboring countries,” then there is the possibility that terms are being blurred but it is not likely that other countries will want anymore refugees themselves.

Still, while it is entirely reasonable to begin scaling back America’s open immigration policies and influx of questionable refugees as well as sending them back to their home countries where possible, a “safe zone” in Syria is an entirely different ball game; “safe zones” as we know them mean war – plain and simple.

After all, a “safe zone” must be enforced and how else can it be enforced but with ground troops and fighter jets?

Such has even been admitted by top U.S. Generals when explaining exactly what a No Fly Zone would entail. As General Carter Ham stated,


We should make no bones about it. It first entails killing a lot of people and destroying the Syrian air defenses and those people who are manning those systems. And then it entails destroying the Syrian air force, preferably on the ground, in the air if necessary. This is a violent combat action that results in lots of casualties and increased risk to our own personnel.

General Philip Breedlove also echoed this description when he said,


I know it sounds stark, but what I always tell people when they talk to me about a no-fly zone is . . . it’s basically to start a war with that country because you are going to have to go in and kinetically take out their air defense capability


The idea of establishing a “safe zone” in Syria is, of course, not a new concept. In July, 2015, the agreement being discussed would have effectively created a “buffer zone” that would have spanned from the Turkish border line into Syria. It would have extended from Azaz in the East to Jarablus in the west and as far south as al-Bab. The width of the zone would have been about 68 miles and would have extended around 40 miles deep into Syria, right on the doorstep of Aleppo. That “buffer zone” was actually created with Turkey’s Operation Euphrates Shield and it has functioned as the last open, NATO-protected supply line for ISIS and its allies to enter Syria from Turkey.

Many hoped that a Trump victory would finally mean the end of terrorism and destabilization in Syria. However, after a week in office, Trump is showing clear signs that he is as much an establishment figure as the rest as time moves on.

If America wants to stop terrorism in Syria, it need only stop funding it, supporting it, and directing it. It’s that simple. The U.S. could also call on its allies Saudi Arabia, Turkey, U.K., France, Qatar, and Israel to do the same. It could work with Russia to eliminate the remnants of terrorist forces and it could provide information and coordinates to both Syria and Russia on the whereabouts of terrorists and terrorist forces. At this point, legitimate refugees would no longer have a reason to leave and refugees taken in by the U.S. could be shuttled back to their home countries with no fear of them returning to war.

A “safe zone” under the guise of the repatriation of refugees is simply a safe zone under another name. With Obama, the argument was a “safe zone” to protect civilians from ISIS and Assad. Neither the American people nor the Syrian people want further American involvement in Syria. It is time to stop funding terrorists and “rebels” and to end the American presence in Syria.

Brandon Turbeville – article archive here – is the author of seven books, Codex Alimentarius — The End of Health Freedom, 7 Real Conspiracies, Five Sense Solutions and Dispatches From a Dissident, volume 1 and volume 2, The Road to Damascus: The Anglo-American Assault on Syria, and The Difference it Makes: 36 Reasons Why Hillary Clinton Should Never Be President. Turbeville has published over 850 articles on a wide variety of subjects including health, economics, government corruption, and civil liberties. Brandon Turbeville’s radio show Truth on The Tracks can be found every Monday night 9 pm EST at UCYTV. His website is BrandonTurbeville.com He is available for radio and TV interviews. Please contact activistpost (at) gmail.com.

This article may be freely shared in part or in full with author attribution and source link.


From Maverick To Lapdog: Trump Is Already Serving The Agenda Of America’s Oligarchs

He campaigned on promises to ‘drain the swamp’ and radically alter the United States’ course in the world, but not even a week has passed and President Donald Trump has already made it clear that he’ll be following a very familiar agenda. 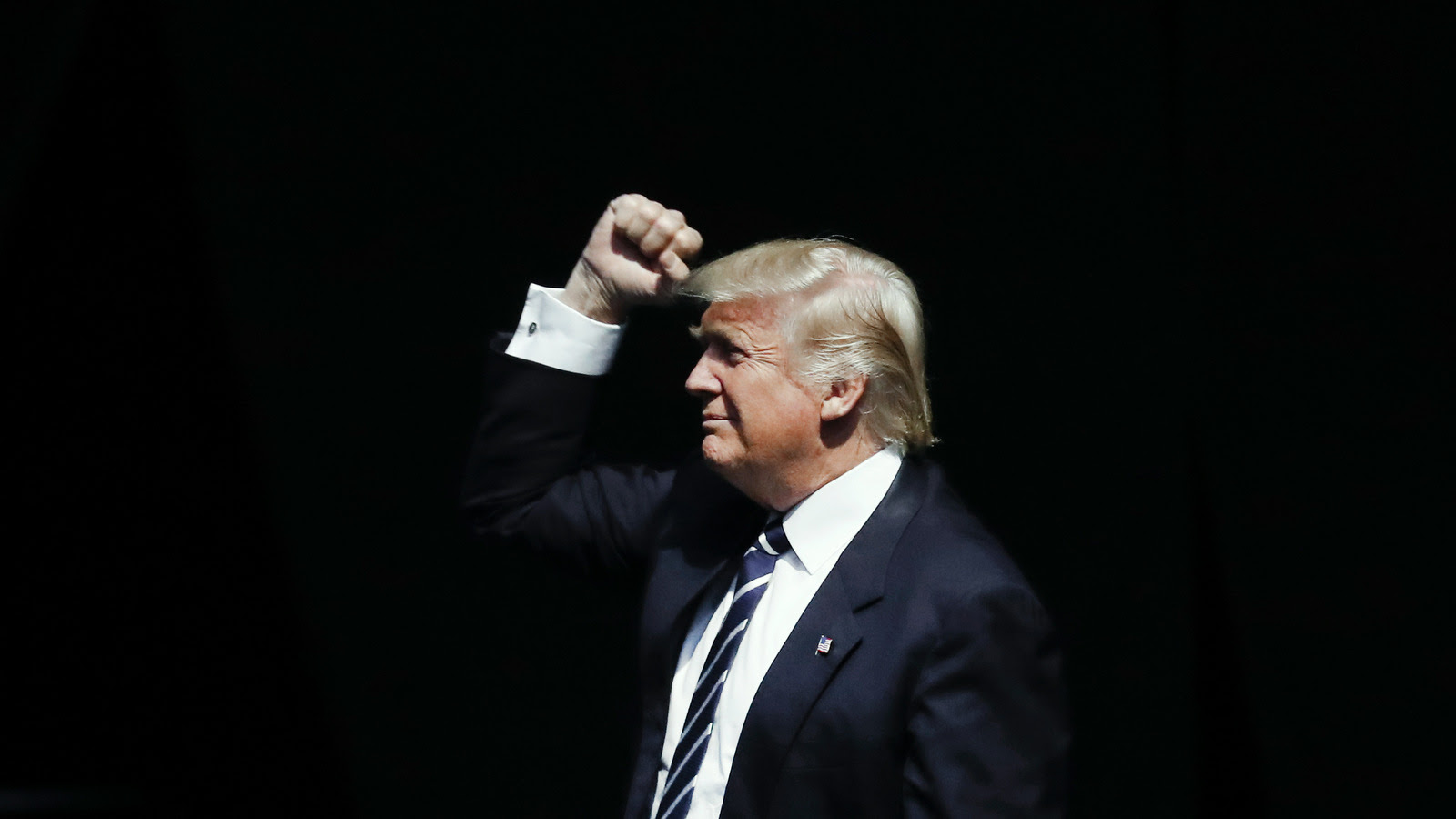 WASHINGTON — On the campaign trail, Donald Trump successfully wooed many Americans desperate for an end to Obama’s brand of neoliberalism. However, his nationalist “maverick” persona has quickly unraveled as his allegiance to the country’s real decision makers has become more evident with each passing day of his young presidency.

Within his first week, Trump has announced plans to build a missile defense system to guard against attacks from Iran and North Korea and entered into the early stages of moving the U.S. Embassy in Israel to East Jerusalem from Tel Aviv. He’s made clear departures from his promises of anti-interventionism and neutrality in the Israel/Palestine conflict, among other things.

Despite some positive moves, like calling for peace with Russia and removing the United States from the Trans-Pacific Partnership, a deeper look at Trump’s policies reveals a continuation of policies that suit the political elite.

While Trump’s about-face on some issues may come as a disappointment to his supporters, it is not altogether surprising given that the vast majority of past U.S. presidents have conformed to the same general strategy of ensuring the continuity of American imperialism regardless of political party affiliation or campaign trail promises. The most recent example of such a drastic turnaround was Barack Obama’s rejection of his own campaign rhetoric: His promises to bring change and reform to Washington ultimately fell flat as he expanded the drone war, brought catastrophe to the Middle East, and launched a chilling crackdown on whistleblowers and journalists.

This uniform, over-arching agenda is and has been set by the same handful of powerful American oligarchs who rose to unprecedented prominence on the heels of industrialization. Many of these titans of industry and their descendents went on to establish influential foundations and organizations that continue to guide U.S. political consensus. Their hold over not just U.S. politics, but global politics, grew following the formation of oligarch-owned central banks and private international financial institutions such as the World Bank and International Monetary Fund.

While these institutions claim to work for the benefit of all humanity, their actions are directed by a handful of “economic and political heavyweights” who use loans, debt, and other financial tools to force the hands of governments throughout the world. As the chief vehicle for manifesting this imperialist agenda, the United States is no exception. Indeed, private banking interests have had a stranglehold on the American economy since the formation of the Federal Reserve in the early 20th century.

It should come as no surprise that Trump has surrounded himself with Bush-era neoconservatives, including several architects of the Iraq War and signatories of the highly imperialist and pro-war Project for a New American Century. These individuals, John Bolton, Bill Bennett, and James Woolsey among them, consistently proved their dedication to the advancement of U.S. corporate and “deep state” interests during the Bush years. Far from “draining the swamp,” Trump’s actually filling it with an administration that promises to allow the nation’s wealthiest inhabitants to continue to dominate political decision-making.


To read the article GO HERE