Earth has crossed it's own tipping point and is creaking under the strain: Two thirds of animals extinct by 2020! Climate changed forever! World population to hit 8 billion and accelerating 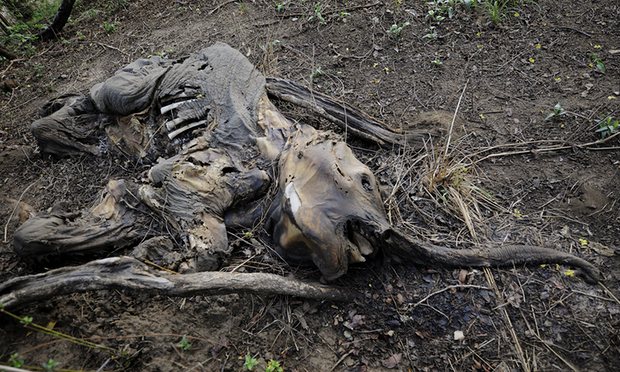 In just three years’ time the World will have lost two-thirds of all wild animals.
This amazing statistic from The Living Planet Index goes on: The number of wild animals living on Earth is set to fall by two-thirds by 2020, according to a new report, part of a mass extinction that is destroying the natural world upon which humanity depends.

In another report released by journal Science Advances are claiming the world's primates face an "extinction crisis" with 60% of species now threatened with extinction, according to research.

A global study, involving more than 30 scientists, assessed the conservation status of more than 500 individual species. This also revealed that 75% of species have populations that are declining.

Add to this the unprecedented death of millions of tons of marine life around the world’s oceans and water ways all point to a crisis which has crossed the tipping point.

Just yesterday NOAA along with NASA claimed 2016 marked three consecutive years of record warmth for the globe with the first eight months of 2016 unprecedented warmth!

With 10 of the 11 warmest years ever recorded coming in the last 16 years it is fair to claim climate change is climate changed it will never recover.

The Sun hasn't risen over its horizon for more than two months yet the North Pole was warmer than South of France, Italy, Greece Turkey and Syria this week and not for the first time either this winter!

The world is creaking under the stress; crops are failing all over the world due to extreme weather, and with 7.5 billion people we can’t possibly feed everyone, even though the West probably throw’s away enough food to feed the poorest. 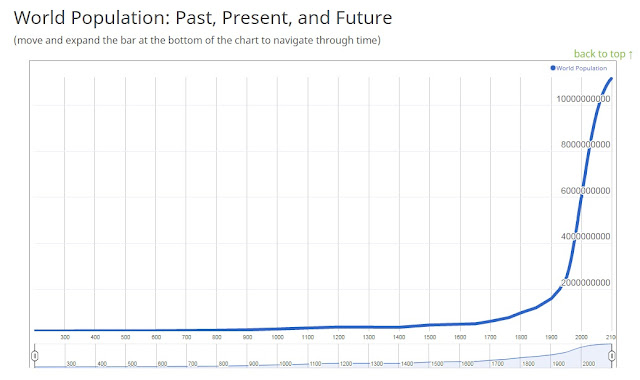 During the 20th century alone, the population in the world has grown from 1.65 billion to 6 billion.

In 1970, there were roughly half as many people in the world as there are now. We will hit 8 billion people within the next 8 years.


Gorillas, monkeys and other primates must be saved from 'impending extinction', urge 31 scientists
'We have one last opportunity to greatly reduce or even eliminate the human threats to primates ... they are our closest living biological relatives' 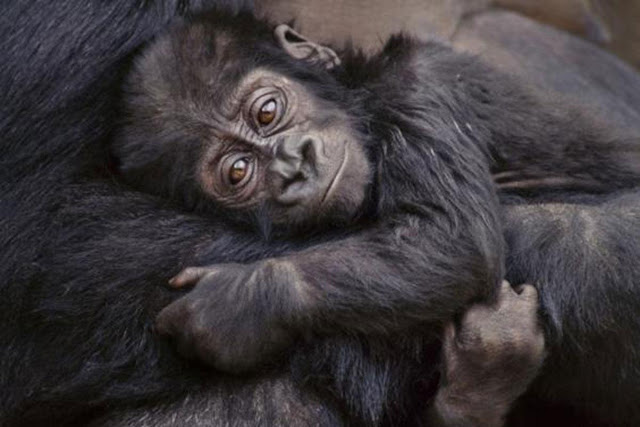 Thirty-one leading scientists have issued an urgent plea to save humanity’s closest biological relatives, saying scores of different species of apes, monkeys and other primates are all now facing “impending extinction”.

Despite gorillas, orangutans and lemurs being among the most popular wild animals, a factor that helps fund conservation efforts, their main threats are almost entirely caused by human beings.

Primates are hunted for meat and body parts or captured for life as pets; their habitats are destroyed as industrial-scale farms to make foodstuffs like palm oil take over previously wild land, dams are built or mining, oil and gas companies move in; and new threats like climate change and the spread of human diseases to animals are also emerging.

Of the 504 primate species, about 60 per cent are threatened with extinction and 75 per cent have declining populations.

However, the researchers, who published the findings of a major review of primates in the journal Science Advances, insisted they could still be saved.

“Despite the impending extinction facing many of the world’s primates, we remain adamant that primate conservation is not yet a lost cause, and we are optimistic that the environmental and anthropogenic pressures leading to population declines can still be reversed,” they argued.

But they said this would only happen if effective measures were taken “immediately”. 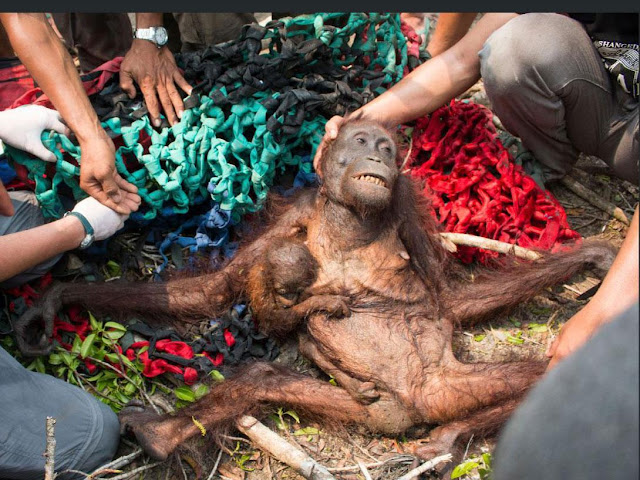 “Unless we act, human-induced environmental threats in primate range regions will result in a continued and accelerated reduction in primate biodiversity,” the scientists said.

“Primate [populations] will be lost through a combination of habitat loss and degradation, population isolation in fragmented landscapes, population extirpation by hunting and trapping, and rapid population decline due to human and domestic animal-borne diseases, increasing human encroachment, and climate change.”

They said that “perhaps the starkest conclusion of this review” was the collective failure to preserve primate species and their habitats.

“We have one last opportunity to greatly reduce or even eliminate the human threats to primates and their habitats, to guide conservation efforts, and to raise worldwide awareness of their predicament,” the researchers added.

“Primates are critically important to humanity. After all, they are our closest living biological relatives.”

Professor Paul Garber, of Illinois University, who co-led the study with Alejandro Estrada of the National Autonomous University of Mexico, emphasised how lose extinction was for some iconic species.

“This truly is the eleventh hour for many of these creatures,” he said.

“Several species of lemurs, monkeys and apes — such as the ring-tailed lemur, Udzunga red colobus monkey, Yunnan snub-nosed monkey, white-headed langur and Grauer's gorilla — are down to a population of a few thousand individuals.

“In the case of the Hainan gibbon, a species of ape in China, there are fewer than 30 animals left.”

And he said at times humans were exploiting forest habitats “in needlessly destructive and unsustainable ways”.

The biggest problem was the increasing amount of land being used for farming.

“Agricultural practices are disrupting and destroying vital habitat for 76 percent of all primate species on the planet,” he said.

“In particular, palm oil production, the production of soy and rubber, logging and livestock farming and ranching are wiping out millions of hectares of forest.”

And that meant many primates were now “clinging to life” in the forests of China, Madagascar, Indonesia, Tanzania, the Democratic Republic of Congo and other countries.

“Sadly, in the next 25 years, many of these primate species will disappear unless we make conservation a global priority,” Professor Garber said.

“This, by itself, would be a tragic loss. Now, consider the hundreds of other species facing a similar fate around the world, and you get a sense of what's truly at stake.”

Posted by seemorerocks at 15:59