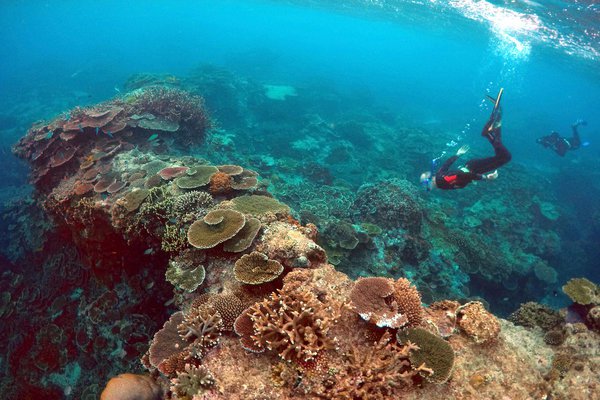 Leading scientists in Australia and abroad have expressed concern that a new United Nations report about the impact of climate change on dozens of World Heritage sites is absent a chapter describing damage to the Great Barrier Reef, after the Australian government requested that the section be cut.

“I was amazed,” the lead author of the report, Adam Markham, deputy director of climate and energy programs at the Union of Concerned Scientists, said by telephone.

The Australian government requested that the chapter be removed from the report, issued by Unesco and the United Nations Environment Program on Thursday, so that further accounts of damage to the reef, the world’s largest coral ecosystem, would not adversely affect tourism.

Environment Minister Greg Hunt had not been informed of the department’s decision, the statement said, but concerns had been relayed to Australia’s ambassador to the United Nations Educational, Scientific and Cultural Organization, or Unesco.

“But as far as I can see, it is in the newspapers every day,” Mr. Markham said. “Pretty much everyone in the world knows there is a problem on the Great Barrier Reef.”

Mr. Markham said he had thought the report would galvanize support for important sites suffering degradation as sea levels and temperatures rise, and as extreme weather damages the environment.

The Great Barrier Reef, which stretches from the tip of northern Queensland more than 1,400 miles southward along Australia’s east coast, has experienced significant coral bleaching over the last year. Bleaching can lead to coral death.

The chapter removed from the report, now published on the website of the Union of Concerned Scientists, warns that Australia is the world’s fourth-largest coal producer and that risks come with plans to expand coal mining and shipping near the reef.


“Its future is at risk, and climate change is the primary long-term threat,” the chapter says.

Australian scientists who reviewed the chapter before the report was published said they were surprised it had been cut.

Ove Hoegh-Guldberg, a director of the Global Change Institute at the University of Queensland, said the report contained nothing new.

“I was naturally a bit disappointed, because the process had not preserved the science,” he said. “And in one sense, if you were trying not to draw attention to the problems on the reef, this would not be the way to do it.”

Prof. Will Steffen of the Climate Change Institute at Australian National University said it was troubling that a government department had succeeded in censoring a global report.

“Australia is the only inhabited continent that is not featured in the report,” he said. “Information is the currency of democracy, and the idea that government officials would exert pressure to censor scientific information on our greatest national treasure is extremely disturbing.”

Australia’s conservative coalition government, in the middle of a re-election campaign, has received little support for its approach to climate change. Prime Minister Malcolm Turnbull did not mention it in a major campaign speech recently and has done little to convince voters that his government believes it is an election issue.

Australia’s national science agency, the Commonwealth Scientific and Industrial Research Organization, or Csiro, is in the middle of a restructuring that includes cutting the number of climate scientists it employs, drawing criticism from scientists at its partner organizations, including NASA.

The inclusion of the Great Barrier Reef in the United Nations report was founded on its significance, Mr. Markham said, adding that references to the island of Tasmania and to Kakadu National Park, in the Northern Territory, had also been removed from the report.

The report does not cover all World Heritage sites; rather, its authors started with about 100 natural and human-made monuments, including Yellowstone National Park and the Statue of Liberty, and winnowed that list to 31 sites in 29 countries.

Terry Hughes, the director of the Center of Excellence for Coral Reef Studies at the Australian Research Council who spent days in April flying over the Great Barrier Reef tracking bleaching and coral mortality rates, said it was astonishing that the reef would be excluded from such a report.

“There is an unprecedented bleaching event underway,” Professor Hughes said. “Climate change and coral bleaching is the single biggest threat to the tourism industry, and the reef itself.”