News blackout of riots in Paris

I HAVE EDITED AND ADAPTED THIS STORY SICNE FIRST POSTING IT

This has bit of a backstory.

Early this mornignI found video footage under the title "Paris under Muslim siege".

After looking I found article from the notorious Super Station95. 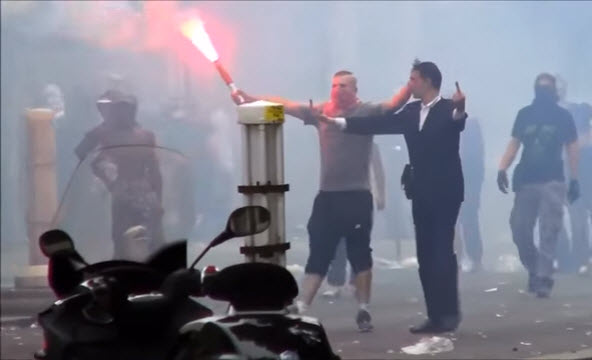 "French and western news media are intentionally blacking-out FEROCIOUS RIOTS in Paris, refusing to provide any coverage of violence by savage Muslim beasts in Paris.

"Hundreds of Parisians have been attacked and seriously injured by roving bands of Islamic Radicals, throwing stones, spears, smashing store and car windows and setting fire to anything they can.


"Riot police are gassing the wild hordes, to no effect.""

The response came back immediately "this is Muslim bashing" and SuperStation95 is a "false news site" One person even helpfully found several articles to demonstrate this to me.

I decided to have a look on the internet and quickly found an article from the Guardian which suggested that all this related to demonstrations back on the 19h May against the draconian labour laws in France.


Police car set on fire as officers and protesters 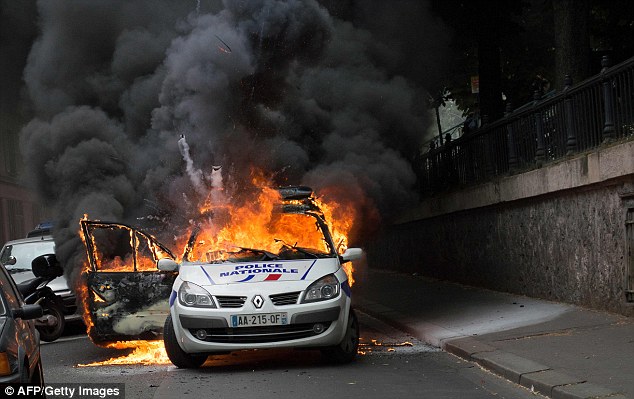 A new demostration against the labour law this May 19, 2016. The event took place in calm but incidents between rioters and the forces of order occurred when the arrival on the Boulevard de l'Hôpital and Place d'Italie.

There were several wounded, including a reporter and the arrests.

Something still didn't feel quite right so I decided to have a look at the above footage and to compare it with the footage below provided by SuperStation95.

I invite you to have a look at both lots of footage.

You don't need to have a very intimate knowledge of Paris to know that these are in completely different locations and the people involved are quite different.

The first footage comes from the streets of central Paris with its boulevards and squares (Boulevard de l'Hôpital and Place d'Italie we are told) and the demostrators are clearly white Europeans - probably unionists.

The second footage comes from either back streets or the arondissement - I would name the locality if I could.  Part of the action is taking part next to a Moroccan cafe, Soleil Mohrabin, and the rioters (and that is what they are,not demostrators, are clearly of Middle Eastern or North African origin.

It is not even clear to me that the torching of the police car is the same as in the Guardian article. In fact if you take more than a cursory look they are not. 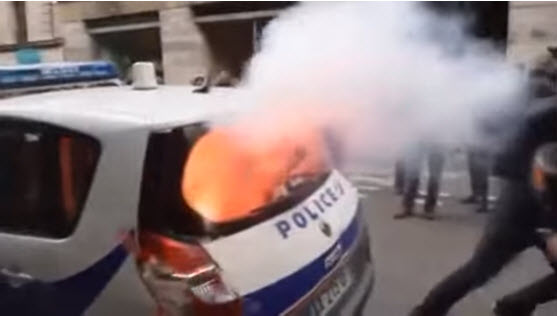 I am not going to defend SuperStation95. I find their coverage obnoxious and quite clearly anti-Muslim.

That does not, however, mean that they are wrong and their footage is false.

I am convinced it is not.

And that means their claim of a news blacklist is correct. 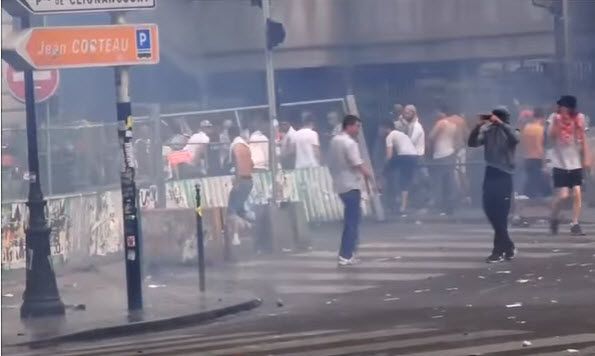 Of course I stand to be corrected - that is my investigation.

What I do take exception to is what I call “contempt prior to investigation” -  taking the lazy way with ready comments or posting articles that may seem to confirm a well-established view, to condemn without bothering to investigate.

To me this represents the breakdown of French society, of the contract between mainstream French society and large numbers of disillusioned and radicalised Muslim youth.

Responsibility has to be traced back to Washington and its policies in the Middle East which involve bombing numerous countires back to the stone age – but also back to similar policies of the French government and to the EU and NATO as a whole.

It is also the result of more than a million refugees being unleashed onto Europe, probably by Turkey as a policy.

Apart from the policies of neo-conservative governments there is no Right and Wrong attached to this. I cannot blame either the anti-immigrant nationalist groups or the Muslims that find themselves at the end of racism.

Posted by seemorerocks at 09:28