NZ's links with Kazakhstan - more from the Panama Papers

Oh well. Just go back to sleep and treat this the same way as all the other would-be scandals and stories of deep corruption and dirty politics in this country.

The exiled leader of a former Soviet republic and a well-connected New Zealand lawyer, who divides his time between Auckland and a chic home in one of South America's most fashionable towns.

What could they have in common?

They are linked through a five-bedroomed terraced house - in London's Belgravia, one of the wealthiest districts in the world and just a stone's throw from Buckingham Palace.

The connection is made through a complex web of offshore companies and trusts, established to obscure the beneficial ownership of the property.

Leaked documents from the files of notorious Panama law firm Mossack Fonseca show the exclusive address is owned by Zarek Investments Limited. It is the company of Diana Battaglia - the daughter of former Kazakhstan Prime Minister Akezhan Kazhegeldin. 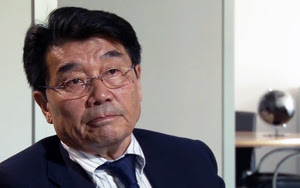 Mr Kazhegeldin appears on the electoral roll as resident at the same address.
Zarek was registered in the British Virgin Islands, a known tax haven, by Mossack Fonseca. In turn, it's administered by a New Zealand company - owned by Geoffrey Cone's Auckland law firm Cone Marshall.

The extent of this country's involvement in the global money-go-round and intricate asset management and protection industry is showcased by more than 61,000 documents in the leak of papers from the Panamanian law firmMossack Fonseca - known as the Panama Papers.

The Consortium of Investigative Journalists and German newspaperSüddeutsche Zeitung gave RNZ News, One News, and investigative journalist Nicky Hager joint access to the papers. This is the second in a series of reports on what has been uncovered. 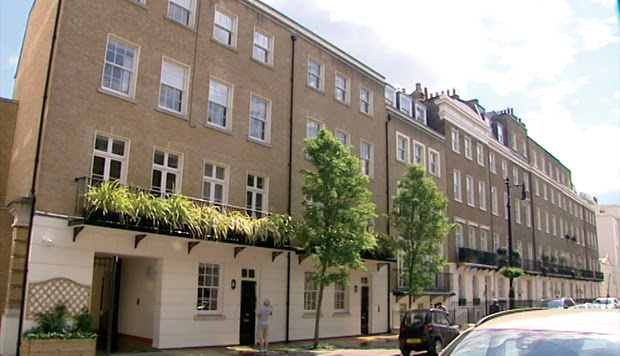 These layers of international companies are typical of complex structures used by the real owners who want to stay anonymous.

Battaglia, who has British and Venezuelan passports, doesn't live behind the glossy black-painted door. It's home to her father, his wife Natalaya and son Magzhan.

Kazhegeldin's been in exile for almost two decades, sentenced in his absence to 10 years in prison on corruption charges.

In 2003, Battaglia paid more than $6.5 million (£3m) for the 19th century property. The title deeds were immediately transferred to Zarek Investments Limited. At the time, Zarek was administered through a trust and a wealth management company, based in Jersey. 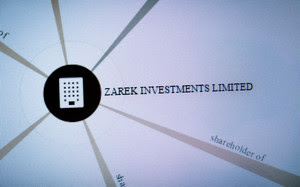 Several years pass, and the family apparently decide to change the complicated arrangements to include another entity: the Sintash Foundation. The primary beneficiary - the individual first in line to receive any benefits - is Battaglia's mother, Natalaya.
But this shake-up alarms Mossack Fonseca. Emails fly between their compliance department and the Jersey firm.

In Panama, they have realised that Kazhegeldin is a "politically exposed person." Their research revealed his role in a corruption scandal in the central Asia country. After three years as Prime Minister, Kazhegeldin had resigned in 1997 and fled his home country. He was then accused of tax evasion and using stolen funds to buy property in Belgium.

Four years later, in his absence, he was convicted of abuse of office by a Kazakh court - including charges that he took bribes from a mining company and received a Mercedes and Toyota car. 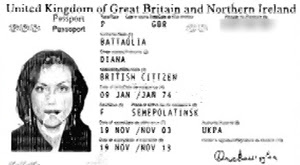 Diana Battaglia's UK passport, as it appears in the Panama Papers. Photo: Supplied

Corruption among the Kazakh political elite is rampant, but for most of the last twenty years Kazhegeldin has been fighting the claims from his new home in the West. He says they are politically motivated and stem from a feud with long-time leader Nursultan Nazarbayev.

In the face of Kazhegeldin's past history, the Jersey company moved to reassure Mossack Fonseca about their mutual client, Battaglia. "We are aware of the information in the public domain [he]…has no role in any of the structures," one staffer writes. His only link is as father of the beneficiaries.

Mossack Fonseca are not reassured. They are told money to buy the house came from Battaglia's $7.1 million (£3.25m) divorce settlement. But Battaglia paid $8.2 million (£3.75m). So, they ask, where did the shortfall come from? The Jersey agents write back: "Ms Battaglia received shares in various publishing houses in Eastern Europe (the family business of her ex-husband), which she has since sold. She has retained the proceeds from the sale of these shares personally."

But the Panama lawyers are not satisfied and their questions drag into 2010. They complain about a lack of official papers to identify Battaglia and her brother.
In emails (translated from Spanish), one staffer expresses surprise that the family can't come up with a utility bill: "Even cable, cellular etc? This would be very rare in the UK !!"

He also writes: "And you know why they did not send us one single bank reference? I think we should be very, very, very careful about this and not be pressed…until we already feel comfortable with everything about this new customer please."

His colleague says that he's been researching the family and found: "Mr Kazhegeldin is illicitly enriched by advantage of his position of Prime Minister to control the oil and gas business in Kazakhstan." He goes on: "I have strong doubts about the legitimacy of the information received." 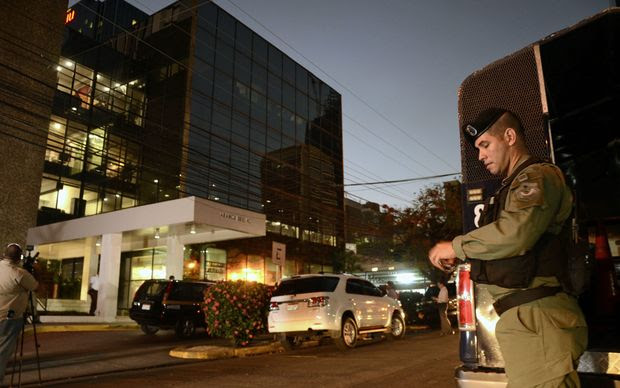 Again, the Jersey agents are ready with an answer. They claim she's not able to provide a utility bill because "all bills are paid either via a management company or by her partner and that all bank statements are sent to a PO Box address because she travels extensively."

After dozens of exchanges, Mossack Fonseca can't get satisfactory answers and decide to "close the case".

But the family remain on their books. And the following year, Cone Marshall are introduced into the complex structure.

Auckland business and flamingoes in Uruguay

The administration of Zarek Investments is transferred to the central Auckland law firm. It becomes a shareholder and nominee office holder. The firms principals Cone and Karen Marshall become its directors. A senior associate asked for "up-to-date" information, including passports and proof of address.

But Mossack Fonseca don't appear to pass on their earlier concerns about Kazhegeldin.

Cone Marshall were among several firms who lobbied the Government in 2014 over fears the trust industry would be shut down by Inland Revenue. It followed a troubling report in which IRD warned the Government that the industry was criticised around the world "along the lines that we are a tax haven."
Eight weeks ago the leaked computer archives of Mossack Fonseca shone the spotlight on how prominent politicians, business leaders and celebrities were using the firm to run offshore entities to keep their finances secret.

His Uruguayan home featured recently in a lifestyle magazine - with a picture of Cone reclining on the lawn, shirt unbuttoned. At Casa Marron, Cone and his wife lead a "laid back lifestyle" with pink flamingos on the lawn and "wild and legendary parties."

In the glossy spread, Cone's New York-based wife is quoted as saying: "We have developed rather eccentric habits. Whenever I've completely trashed a ball gown, I 'retire it to Uruguay', so I wear old ball dresses around."

Cone declined an interview, citing client confidentiality. In a written statement he wrote: "The information we hold, and our understanding of the background and additional information we have obtained from London overnight, differ from that apparently held by Nicky Hager, RNZ and TVNZ. Given we are not allowed to review the information they hold, we regret we cannot comment further to clarify the situation."

He later added: "Mr Kazhegeldin has no legal interest in the property." 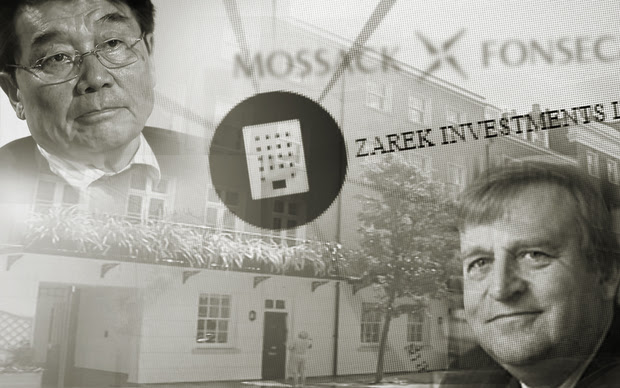 In London, the family were also unwilling to talk about their arrangements. At the home, we were told they didn't live there. But hours after our visit an intermediary called and asked to meet.

The family were anxious about their safety, which is why they were secretive, he explained.

But when we put a series of detailed questions to him, the family refused any more contact. We were "manifestly wrong," they said.

They were unwilling to explain why the family appear on the public electoral role at that address - and the lack of security precautions at the home, which opens up onto a street in one of London's busiest areas.

London based anti-corruption agency Global Witness has found London's high-end property market is a go-to destination to give questionable funds from the oil-rich nation a veneer of respectability - including large tracts of the capital's famous Baker Street.

New Zealand's loose disclosure rules means foreigners behind trusts and companies can stay secret, because they don't have to be declared. But Global Witness campaigner Eleanor Nichol says it's a risk to the country's reputation. 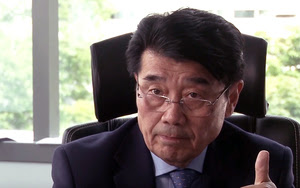 In the wake of the Panama Papers leak, the government ordered a review of foreign trust rules and promised greater disclosure. Nichol says the "devil will be in the detail."

"We need to see this being out into action, otherwise New Zealand does risk becoming known as a hub for this kind of activity."

*The investigation into New Zealand links in the Panama Papers is a journalistic collaboration by reporters from RNZ, One News and investigative journalist Nicky Hager, and with the assistance of the International Consortium of Investigative Journalists and the German newspaper Süddeutsche Zeitung.