RT,
25 May, 2016
Police are currently attempting to subdue protesters outside in Anaheim, California, following a rally for presidential candidate Donald Trump. The protesters, whose gathering was deemed unlawful, were reportedly throwing stones at police.
Even amidst traffic, protesters were being swept aside, as police lined up in rows, with some officers riding horseback.

Riot officers on horseback have regrouped and are gathering in front of the convention center, where the Trump event was held, as protesters refuse to leave.
Once the Trump rally ended, some protesters began to throw debris, prompting police to deem the gathering, which was not permitted, unlawful. From a sheriff's department helicopter, the orders to "disperse now" came with warnings of arrest.
A handful of protesters, some wearing bandanas over their faces, pushed the limit of the line formed by police, inciting more escalation. 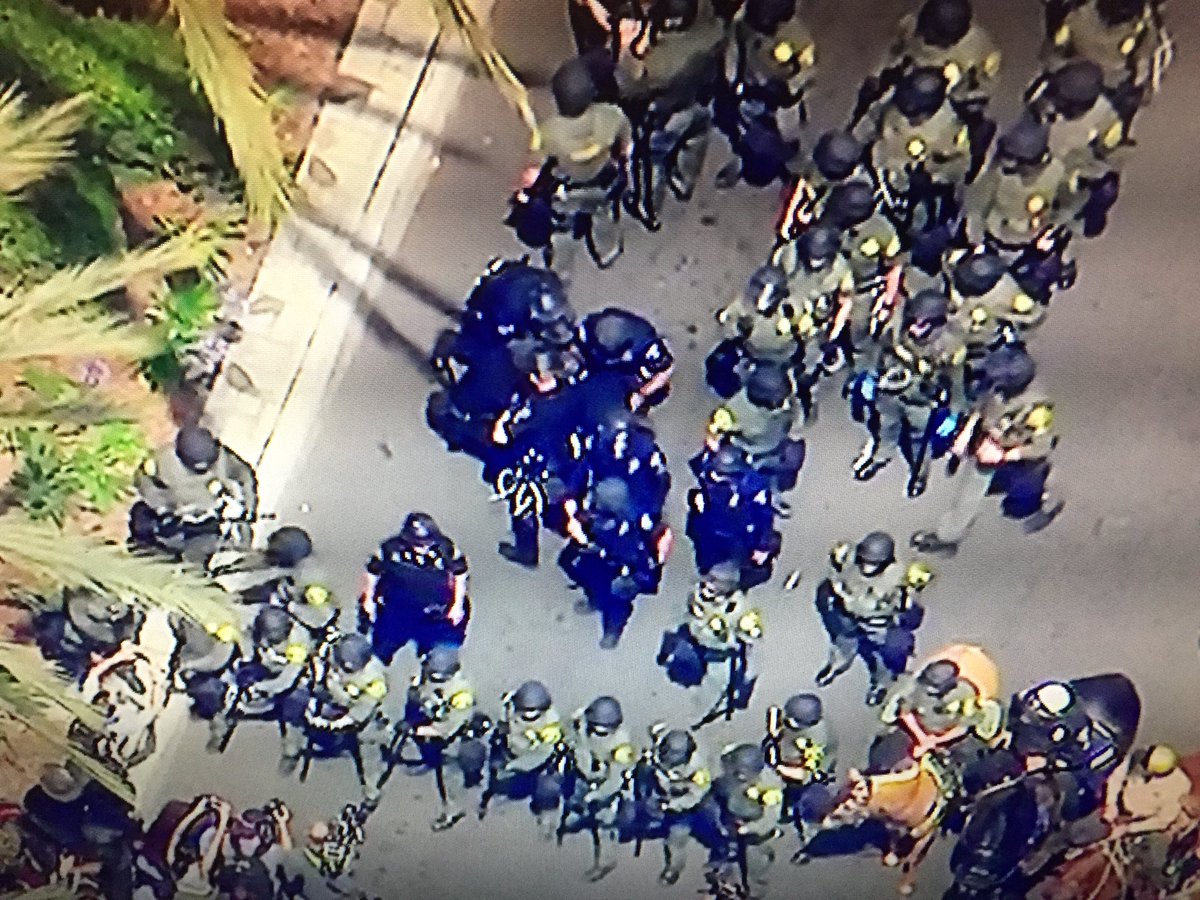 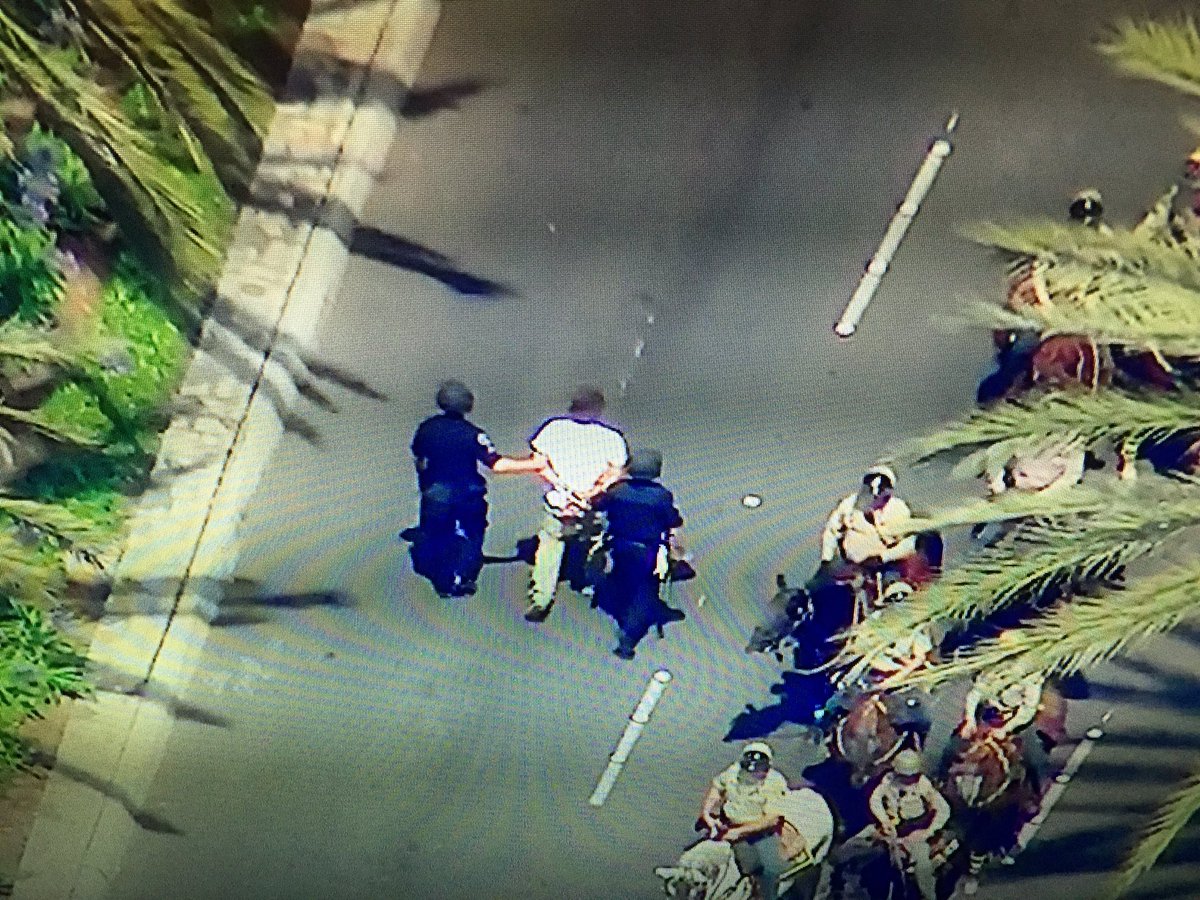 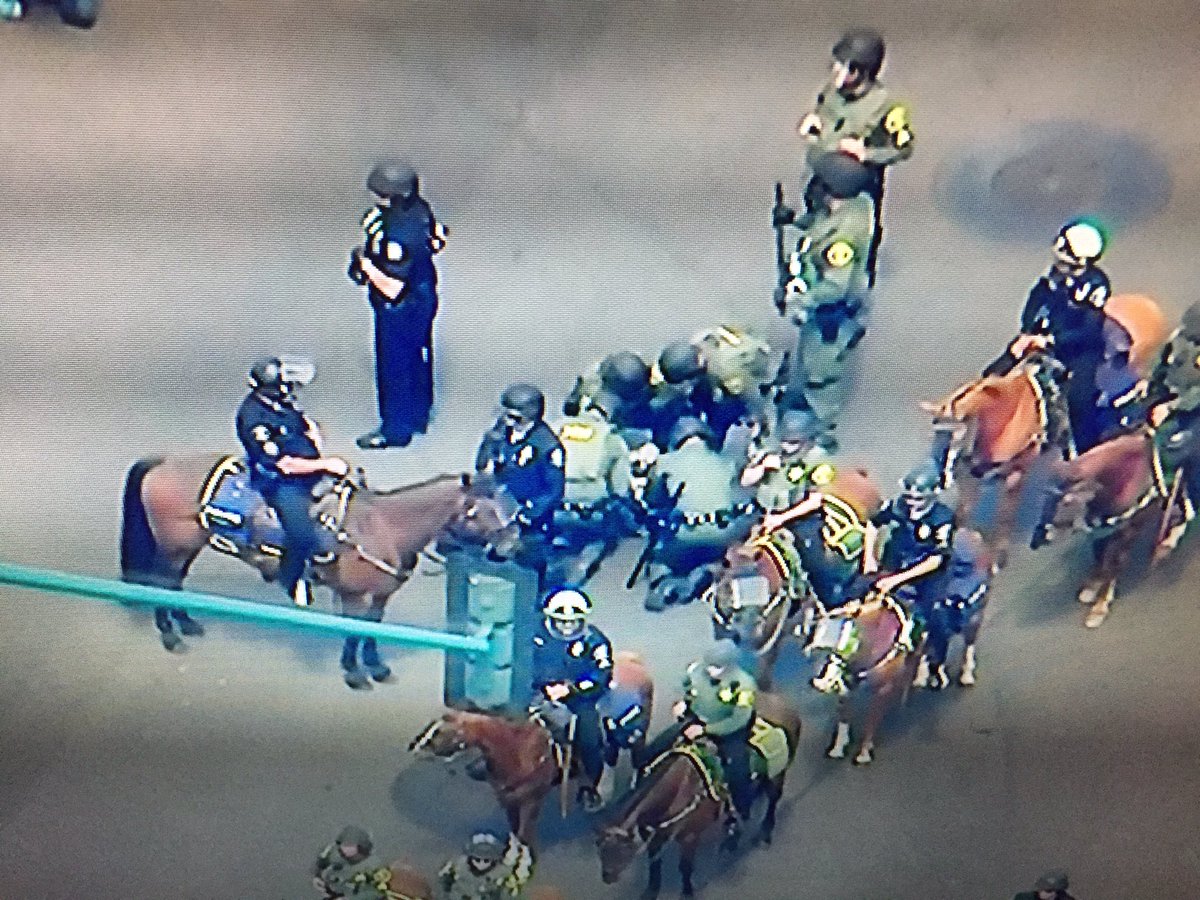 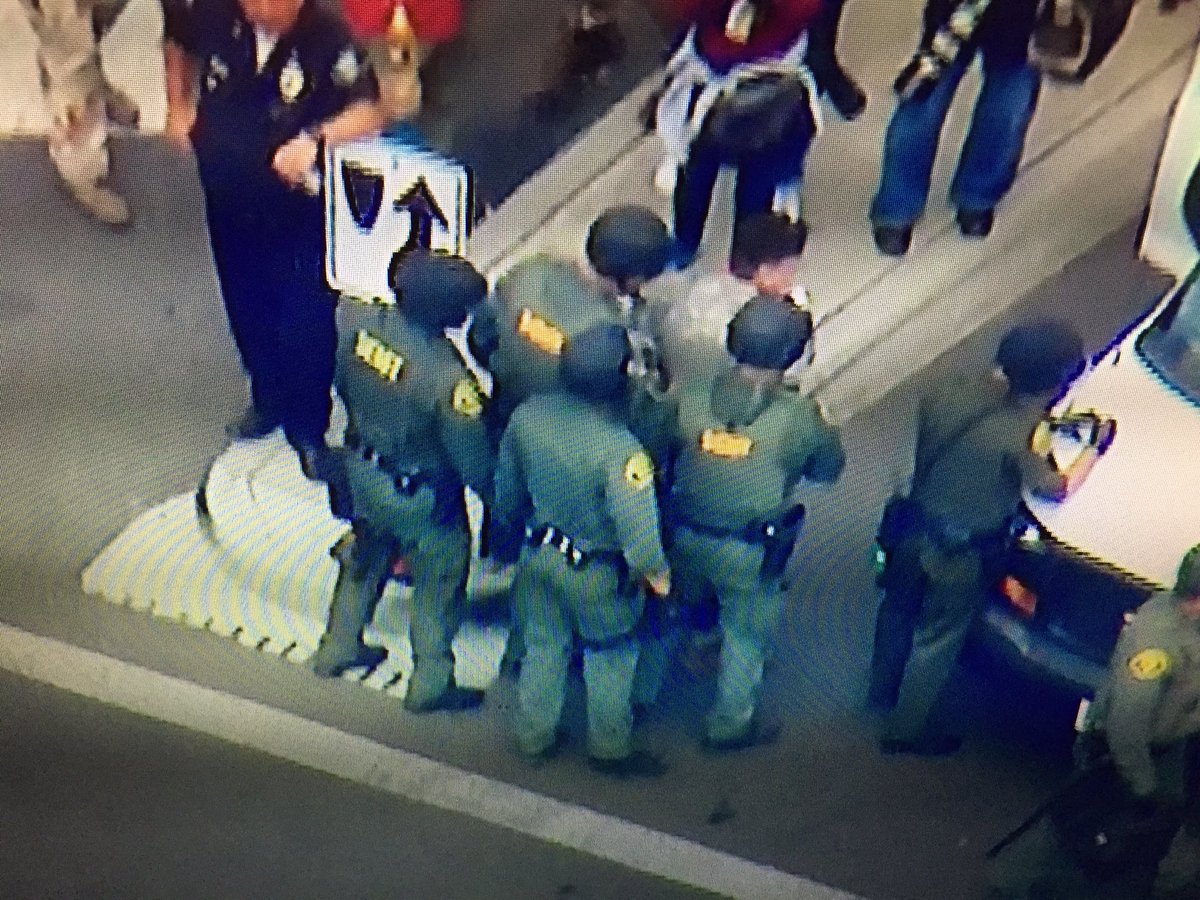 
Minor scuffles and some arrests here in Anaheim, California as police move in to clear protests after Trump rally. 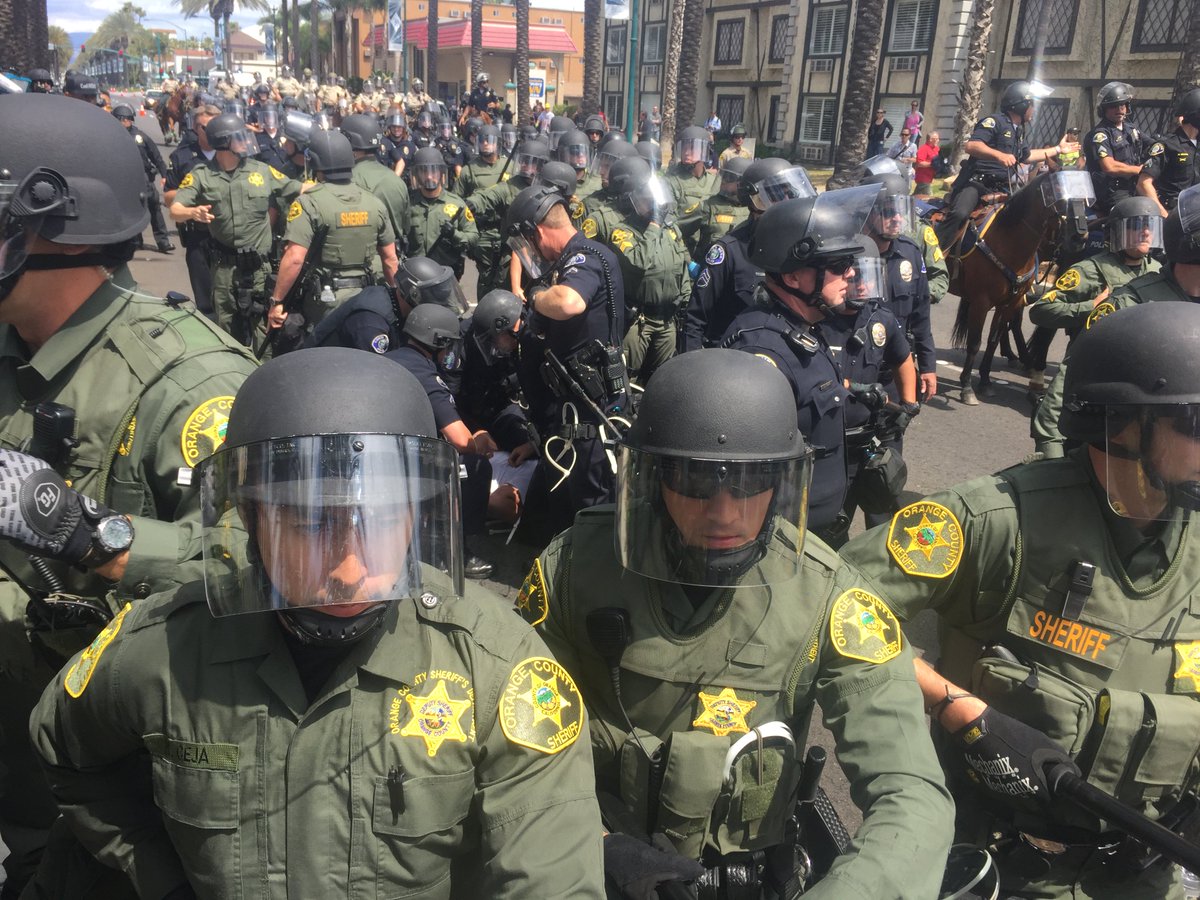 9:54 AM - 26 May 2016
Some cars in traffic were reportedly kicked or their windows hit, with some anti-Trump protesters throwing objects and lighting small fires.

Adam Elmahrek‏@AdamElmahrek
Rocks being thrown at police now outside #TrumpRally in Anaheim
9:49 AM - 26 May 2016 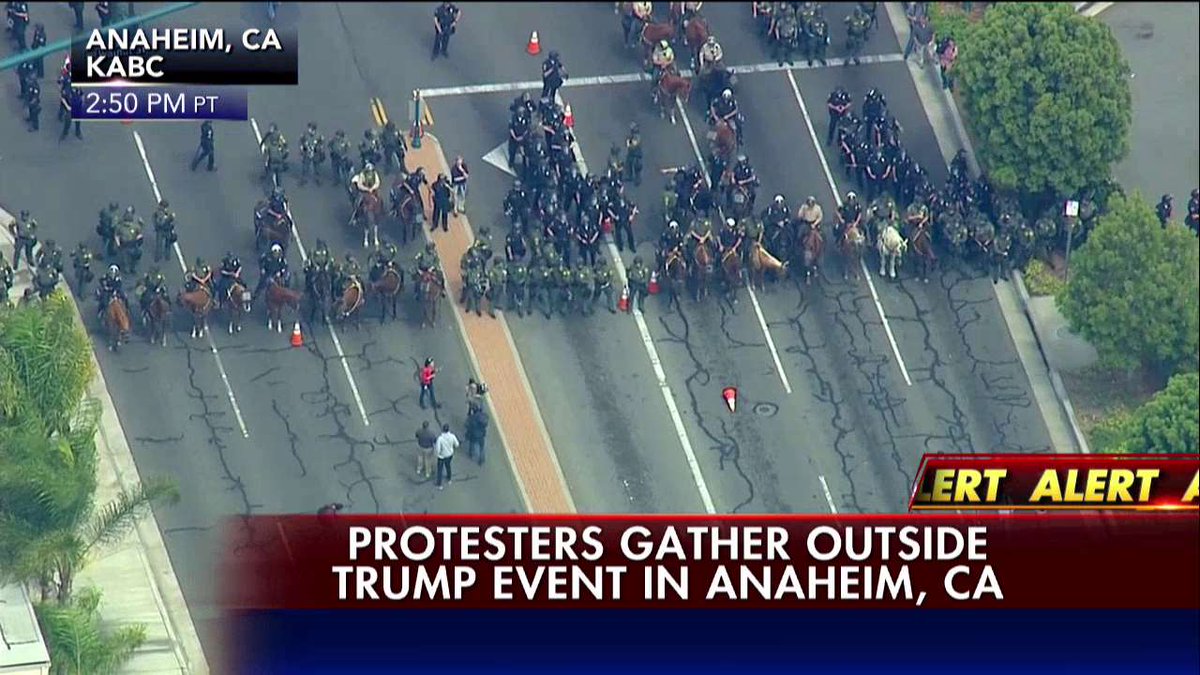 Anti-Trump protesters have been confronted by his supporters. Some of them have gathered at a parking lot nearby chanting "Build the wall!"
It has become somewhat of a trademark chant of Trump supporters, though the wall itself is but a symbol for many of them, some of whom see Trump as a bulwark against globalist interests undermining US national sovereignty. That chant, bellowed from a crowd of Trump supporters in a parking structure to anti-Trump protesters outside, was met with projectiles and condemnation, with protesters deeming the Trump supporters "white nationalists."
More Orange County sheriff's deputies continue to arrive, KFI reports. The intersection of Katella Avenue and Harbor Boulevard remains partially closed, despite protesters being cleared from the streets.
The rally comes a day after violent protests broke out outside Trump rally in Albuquerque, New Mexico. 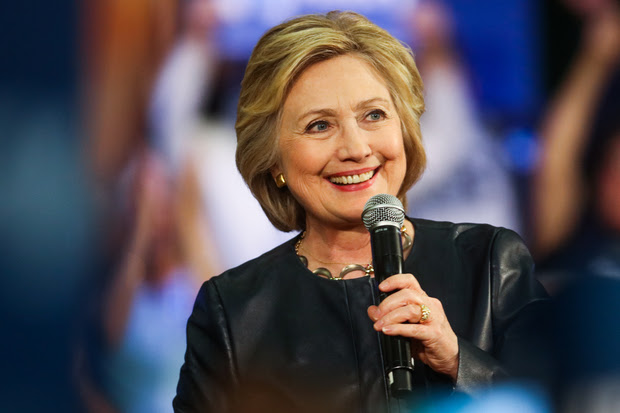 Mrs Clinton failed to comply with rules on record-keeping, the inspector general found, and used private email for official business without approval.

But there are "longstanding, systemic weaknesses" in record-keeping that pre-dated her tenure, it said.

Mrs Clinton said the report showed she was no different from her predecessors.
"Contrary to the false theories advanced for some time now, the report notes that her use of personal email was known to officials within the department during her tenure," said a statement from the campaign.

It added that there was no evidence of any successful breach of her server.
The FBI is also investigating whether there was a security breach but has not yet interviewed her.

She has denied handling any classified information in her private emails.
The likely Democratic presidential nominee's use of private email has been a talking point in the election, with critics saying Mrs Clinton believes she is above the law.

Mrs Clinton's campaign says it showed that her practices were consistent with those of other secretaries of state who "also used personal email" and she was "not unique" in doing it.

State Department spokesman Mark Toner said that the report makes clear that the agency could have done a better job preserving emails and records, going back several administrations.

One of the two big dominoes in the Hillary Clinton email controversy toppled today: The State Department’s inspector general released its report on the email practices of Clinton and a number of other past secretaries of state. (The other major domino is, of course, the FBI investigation into Clinton’s decision to exclusively use a private email server while serving as the nation’s top diplomat.)

The report, which you can read in its entirety here, badly complicates Clinton’s past explanations about the server and whether she complied fully with the laws in place governing electronic communication. And it virtually ensures that Clinton’s email practices will be front and center in Donald Trump’s fusillade of attacks against her credibility and honesty between now and Nov. 8.
Here’s the key passage from the Roz Helderman and Tom Hamburger article on the report:

The inspector general, in a long-awaited review obtained Wednesday by The Washington Post in advance of its publication, found that Clinton’s use of private email for public business was “not an appropriate method” of preserving documents and that her practices failed to comply with department policies meant to ensure that federal record laws are followed.

The report says Clinton, who is the Democratic presidential front-runner, should have printed and saved her emails during her four years in office or surrendered her work-related correspondence immediately upon stepping down in February 2013. Instead, Clinton provided those records in December 2014, nearly two years after leaving office. 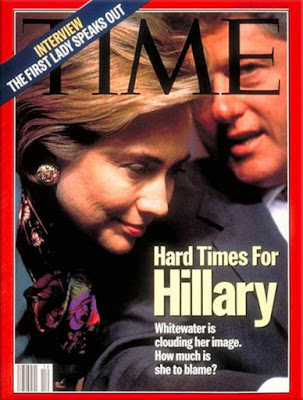 Trump Accidentally Reveals His Next Attack On Hillary

That's how I see it from looking at media coverage.

Bernie Sanders calls on California to 'lead the political revolution'


A new Washington Post/ABC News poll shows Donald Trump is now ahead of Hillary Clinton by two points. They can’t seem to believe their own poll. Cenk Uygur, host of The Young Turks, breaks it down. Tell us what you think in the comment section below.

"A slew of surveys have come out over the past few days, exploring the state of the presidential race and the extent to which Americans are fed up with the two options that are likely be on the ballot in November. But it’s worth introducing a bit more context to the polling across the board...

As it stands, registered voters prefer Trump by a narrow two-point margin.

But that figure is probably a bit misleading. No one is actively running against Trump. Clinton is still being challenged by Bernie Sanders, whose vocal base of young voters continues to hope that he’ll defy the odds between now and the convention. Republicans who were leaning against Trump while he was still battling for the nomination have, largely, fallen in line. Democrats who don’t want to vote for Clinton haven’t.”*