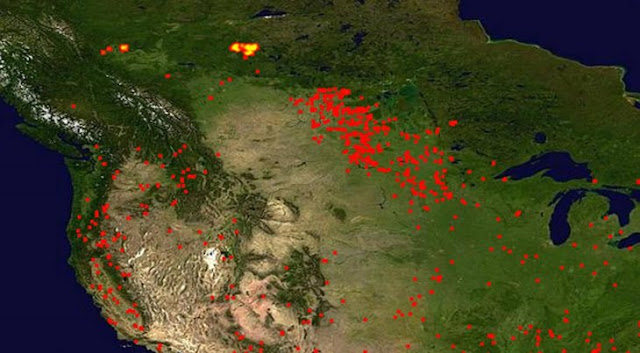 Fires around Ft McMurray, Alberta, Saskatchewan and elsewhere. A lot of fire season left. A warmer climate is enhancing fires

Thursday, May 26, 2016, 5:02 PM - Earlier this week, the Bank of Canada announced that recent wildfires in Alberta and Saskatchewan will push the nation's GDP into the negative this quarter amid slowing oil production.

Now, it has been revealed the fires have also contributed to a seven-month high for oil, with prices hitting $50 a barrel for the first time since October 2015.
Though starting off high Thursday, prices ultimately settled lower on the day, Reuters reports.

In addition to the Fort McMurray fires, which significantly slowed oil production in Canada, unrest in Nigeria and Libya and economic woes in Venezuela have resulted in a loss of nearly four million barrels per day in production.

"Fire-related destruction and the associated halt to oil production will cut about 1¼ percentage points off real GDP growth in the second quarter," the central bank said in a statement, via the CBC, Wendesday.

1 per cent in an April forecast, but the fires are likely to cause a negative drop.
Still, the bank is confident the economy will rebound in the third quarter.

As of Tuesday morning, wildfires in Alberta had grown to more than 522,000 hectares, with 40 new wildfire starts on Monday. 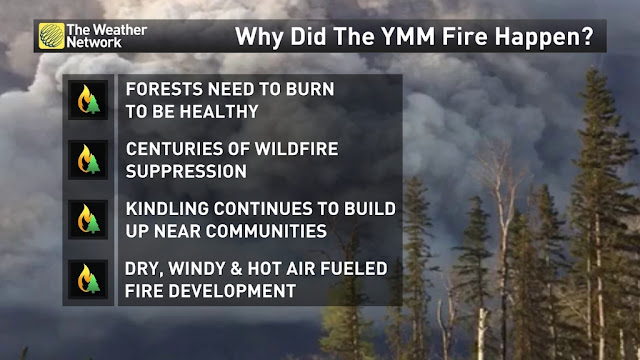 In Saskatchewan, 2,496 hectares of land have been scorched.

“The fire is now being fought on both sides of the border,” wildfire manager Chad Morrison told reporters at a press conference, adding the impacted region has not seen significant rain for two to three months.

“We expect the potential for extreme wildfire conditions to occur,” he said “We expect weeks, if not months, fighting this fire in the forested areas.” 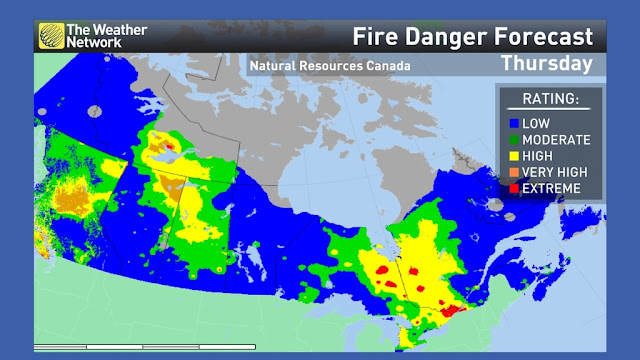 Earlier this month, insurers predicted the Fort McMurray wildfires will be the costliest disaster in Canadian history, far surpassing the Calgary-area floods in 2013 and the 1998 ice storm in Quebec.