Context to the deluge in Germany while perpetuating a myth

This article still perpetuates the myth that we still have time to reduce emissions.


The horse has bolted.

We are living in the Age of Consequences. Kama.

Another deluge hits frontpage news, this time in Germany 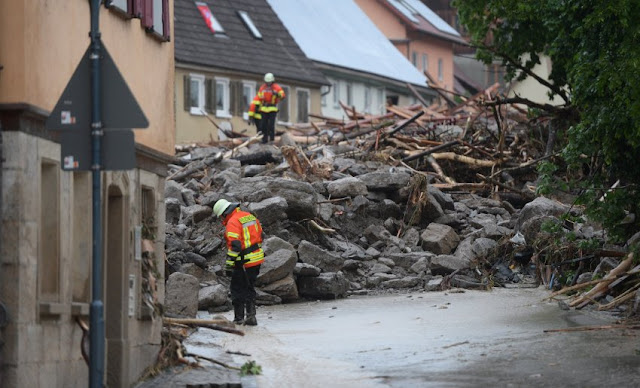 The SPIEGEL is currently covering what is called a Natural Disaster, official eyewitnesses from the natural disaster response describe the flash flood event as unprecedented. Here is some footage, via SPIEGEL, and context in German 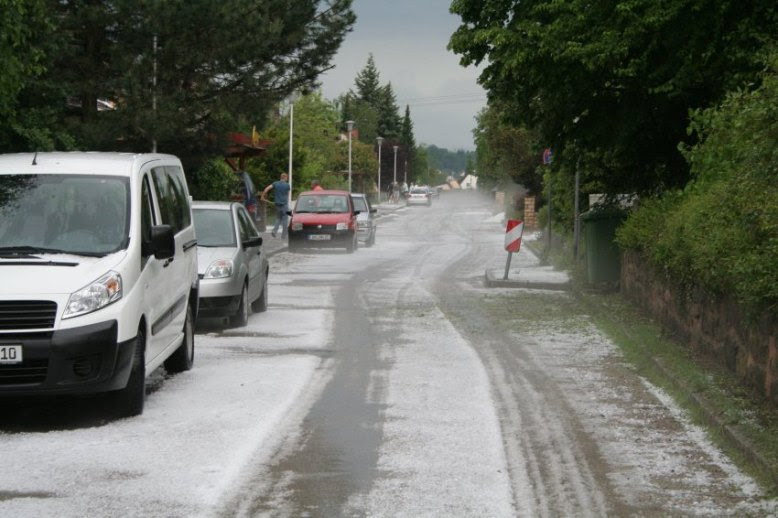 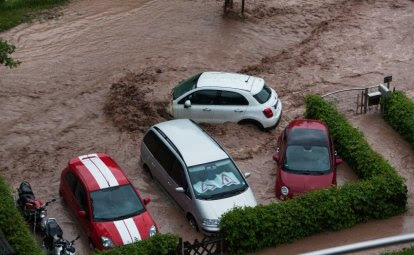 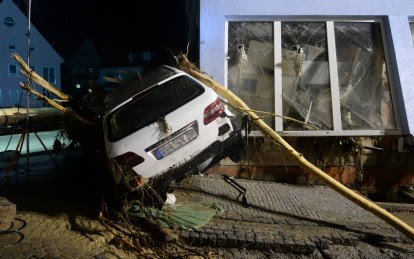 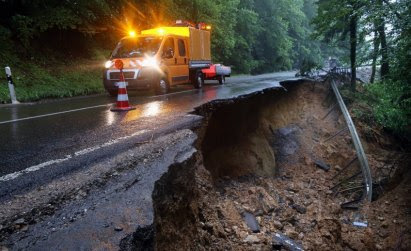 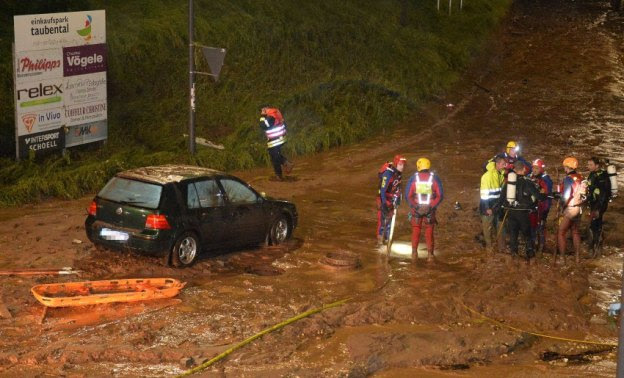 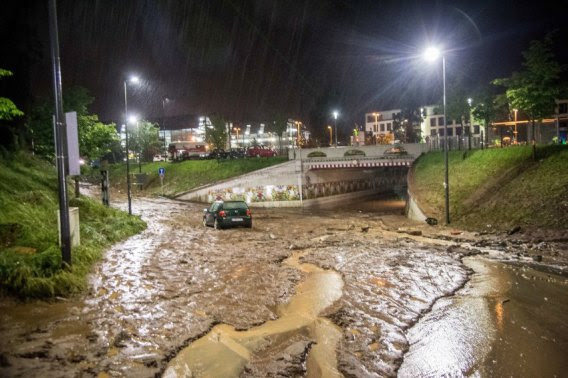 At the same time, other parts of Germany experienced the hottest ever temperatures for this time of the year. (Source)

Germany is suffering severe thunderstorms these days, and media are calling us to ask about the climate connection. Indeed it is so that global warming very likely leads to more severe thunderstorms. The IPCC concluded in its last report that “for all parts of the world studied, the results are suggestive of a trend toward environments favouring more severe thunderstorms.” A study analysing radar and rain gauge data from Germany concluded that severe convective rainfall increases faster in response to warming than expected just from the increased water-holding capacity of warmer air (Berg et al., Nature Climate Change 2013). And a sophisticated statistical model of hailstorm development predicts that “the potential for hail events will increase in the future (2021–2050) compared to the past (1971–2000), but only statistically signiﬁcant in the northwest and south of Germany” (Mohr et al., Journal of Geophysical Research 2015).

People who follow natural disasters, and climate coverage are aware that with more energy in the climate system through global warming, more powerful storms and rain events can take place. Munich Re, a major insurer who tracks disasters and their impacts, ranks the costliest flood events worldwide since 1980, revealed in the following graph, (Source) Except for the 1993 US floods, all the other events occurred rather recently.
The Union of Concerned Scientists summed up the science, of extreme precipitation events:

This happens because warmer air holds more moisture. This fact is apparent when you see water vapor hanging in the air after turning off a hot shower. When warm air holding moisture meets cooler air, the moisture condenses into tiny droplets that float in the air. If the drops get bigger and become heavy enough, they fall as precipitation.

If the emissions that cause global warming continue unabated, scientists expect the amount of rainfall during the heaviest precipitation events across country to increase more than 40 percentby the end of the century. Even if we dramatically curbed emissions, these downpours will still increase, but by only a little more than 20 percent. Regardless of what action we take to cut emissions, municipalities that are vulnerable to heavy precipitation events should plan for more flooding. Any efforts to reduce emissions would make it easier for them to adapt.

Curbing emissions means to actually do something, in those regards Germany recently followed other countries (German news) like the US, and established subsidies for electric car batteries, to help spur a faster deployment of this potential solution to reduce our emissions from transportation, with 4000€ for specific car models.

Internationally, governments provide at least $775 billion to perhaps $1 trillion annually in subsidies. This figure varies each year, but it is consistently in the hundreds of billions. Greater transparency would allow for more precise figures.

This means that governments still support the potential destruction through more devastation from more extreme weather disasters, to the tune of up to $1 trillion dollars annually.

The current state of mind

While the flash flooding in Baden Würtemberg’s town Braunsbach impacted a couple of thousand individuals, the rest of Germany experiences rather sunny summer weather with temperatures of around 24C. In the capital high CO2 emitting vehicles are still allowed to drive, without any restrictions. Most people are probably aware of climate change, still they drive cars which cause devastation or they buy products with a high CO2 equivalent, which means a big CO2 footprint, think plastic containers, take an airplane trip a couple of times each year, just for satisfaction. Alternatives would mean to buy more local products, products which come in glass or paper containers, holiday travel destinations which can be reached by train or a short distance from home.

Part of this situation might be because we often read the line “… by 2100 it has been estimated by scientists, or computer models, that … “. Far away from everyday life. But we need to proactively react, change our infrastructure, our transportation, our food supply, what we consume.
A good metaphor for our behavior has been summed up in the following cartoon.

Joe Romm cited in 2009 about above cartoon,

“Goltz observed that a frog, when placed in water the temperature of which is slowly raised towards boiling, manifests uneasiness as soon as the temperature reaches 25° C., and becomes more and more agitated as the heat increases, vainly struggling to get out, and finally at 42° C., dies in a state of rigid tetanus.”