Obama Steps In To Defend Hillary 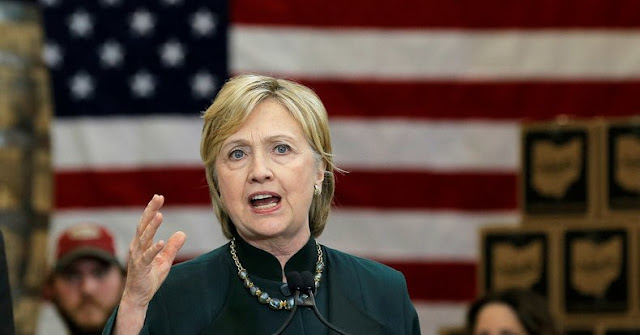 The Obama administration is trying to prevent former Secretary of State Hillary Clinton from being deposed in an ongoing open records case connected to her use of a private email server.
Late Thursday evening, the Justice Department filed a court motion opposing the Clinton deposition request from conservative legal watchdog Judicial Watch, claiming that the organization was trying to dramatically expand the scope of the lawsuit.
Judicial Watch is “seeking instead to transform these proceedings into a wide-ranging inquiry into matters beyond the scope of the court’s order and unrelated to the FOIA request at issue in this case,” government lawyers wrote in their filing, referring to the Freedom of Information Act.
The lawyers wrote that the request to interview Clinton “is wholly inappropriate” before depositions are finished in a separate case also concerning the email server.
Judicial Watch’s FOIA case began as a way to seek documents about talking points related to the 2012 terror attack on U.S. facilities in Benghazi, Libya, but has since grown to encompass wider questions about Clinton’s use of a personal server while working as secretary of State.
Last week, Judicial Watch asked the court to interview Clinton and five other current and former State Department officials about the server, after it received a judge's permission to move ahead with the process.
The case is the second in which Judicial Watch has been granted approval to depose witnesses to gather evidence about Clinton’s email setup. In the other case, interviews of current and former Clinton aides have already begun.
Clinton is not scheduled to answer questions as part of that case, through a federal judge has warned that she could be called upon in the future.
In the government’s filing late Thursday, the Justice Department said that Judicial Watch’s request is “overbroad and duplicative.”
Instead, it claimed, the group should complete the depositions in the other case first before demanding an interview of Clinton and the other officials.
However, the department did say that it would not oppose a request to subpoena Jake Sullivan, a former senior State Department official and current top aide in Clinton’s presidential campaign, as long as questions were “on the limited topic” of officials using personal email accounts at the department.
The department also said it would be willing to provide an unnamed witness to provide answers on behalf of the State Department in response to narrow questions about the FOIA request at the heart of the case.
That solution, government lawyers claimed, would “avoid the burden and expense” of going through a deposition process “that replicates activities already underway in another, overlapping case between the parties.”

If there was any doubt, or suspense on which side of the Hillary email scandal the "impartial" Department of Justice stands, the suspense was lifted and all was revealed yesterday when asThe Hill reported, the Obama administration stepped into the ongoing Judicial Watch lawsuit and is fighting to prevent former SecState Hillary Clinton from being deposed.

Late Thursday evening the Justice Department, under US attorney general Loretta Lynch, first appointed in 1999 by none other than Bill Clinton,  filed a court motion opposing the Clinton deposition request from conservative legal watchdog Judicial Watch, claiming that the organization was trying to dramatically expand the scope of the lawsuit....[ ]

Clinton is under investigation for her use of a private email server. © Stephen Lam / Reuters

A transcript of the first deposition in the Hillary Clinton email scandal has revealed that the Democratic Presidential hopeful did not know how to use email on a computer, nor did she use a password.

Judicial WatchVerified account‏@JudicialWatch
FYI: the @JudicialWatch deposition of #Clinton aide Cheryl Mills is taking place right now. We will be updating the public next week on this
2:36 AM - 28 May 2016

Clinton’s computer illiteracy was detailed in the deposition from US Ambassador Lewis Lukens conducted on May 18 and released Thursday.

In the sworn testimony, Lukens, who was a State Department official responsible for logistics and management support during Clinton’s tenure as Secretary of State, said he was advised that Clinton did not “know how to use a computer to do e-mail,” only a Blackberry.

Lukens offered to provide training to Clinton so she could access her email on a desktop computer but said he was told“the Secretary is very comfortable checking her e-mails on a Blackberry.”

The use of personal phones in the Secretary’s official office suite is prohibited but according to Lukens, Clinton’s aide Cheryl Mills suggested a workaround, requesting he set up a “space for her to go check her BlackBerry.”

Judicial WatchVerified account‏@JudicialWatch
FYI: the @JudicialWatch deposition of #Clinton aide Cheryl Mills is taking place right now. We will be updating the public next week on this
2:36 AM - 28 May 2016

When asked if he saw Clinton using her BlackBerry in the office hallway, Lukens said he did on several occasions.

Lukens also revealed she failed to use a password to protect her computer.

“So the computer would have just been open and be able to use without going through any security features?” Lukens was asked, to which he responded “Correct.” 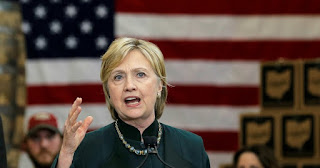 5:40 PM - 5 May 2016
His testimony also revealed that Clinton was not the first Secretary of State to not have an email address setup on the Department of State system, admitting “I’m not aware of former Secretaries of State having e-mail addresses on our system.”

Clinton used Lukens revelation to justify her actions, telling ABC that the "report makes clear that personal email use was the practice for other Secretaries of State. It was allowed. And the rules have been clarified since I left."

Ben Cardinal‏@bengalcardinal5
@ABC If you violate the email policy in any other government job, you will be fired or disciplined. She won't though

Lukens is the first of at least six witnesses to be deposed in relation to Clinton’s use of a private email server for official correspondence.

Cheryl Mills testified on Friday but the transcript has yet to be released.

Washington DC’s District Court ruled earlier this week that video and audio of the depositions would not be released so they could not be used “as part of a partisan attack.”

The FBI is currently investigating whether or not Hillary Clinton’s email practices constituted a threat to national security after it was revealed she was using a private email server while serving as Secretary of State.