Donald Trump will cancel Paris Accord

Nothing to be surprised at here.

Donald Trump unveiled his energy vision for the United States at a petroleum conference in North Dakota Thursday -- vowing to cut off funding to U.N. climate change programs and attacking Hillary Clinton.

"As bad as President Obama is, Hillary Clinton will be worse," Trump warned his audience at the Williston Basin Petroleum Conference. "She will escalate the war with the American worker like never before and against American energy."
Trump, who used a teleprompter, said that if elected he would kill certain policies including the Paris climate agreement, arguing the agreement "gives foreign bureaucrats control over how much our energy and how much we use right here in America."

A nonbeliever in man-made climate change, Trump said he would stop all payments of U.S. tax dollars to U.N. Global Warming programs.
In his keynote speech, he argued, "We can’t be sending our money all over the world" and touted that a Trump administration will develop an "America-first energy plan."
"We’re going to rescind all the job-destroying Obama Executive Actions including the Climate Action Plan and the Waters of the United States Rule," Trump said to applause from the audience.
The presumptive Republican nominee also said he would save the coal industry and approve the Keystone XL Pipeline.

"So we’re gonna save the coal industry," Trump said. "And other industries threatened by Clinton’s extremist agenda. And it is indeed an extremist agenda. Perhaps even worse than Obama. I’m going to ask trans-Canada to renew its permit application for the Keystone Pipeline."
"If you think about it, not one idea of Clinton has or actually can create a single net job or create a single new dollar to put in workers' pockets," Trump said. "In fact every idea Hillary has will make jobs disappear." 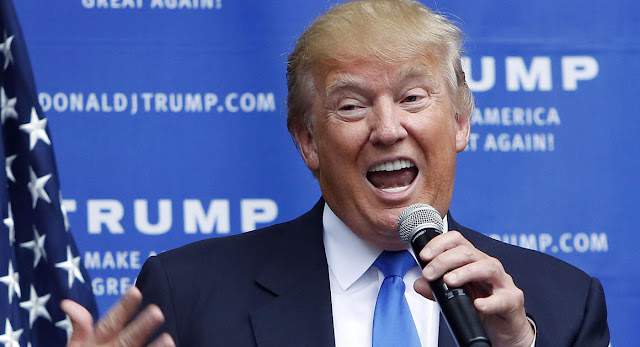