Turkey presumably still hoping to accede to the European Union? 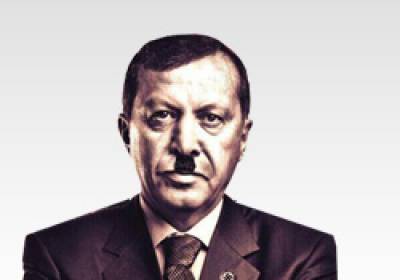 When the news hit on May 5 that Turkey's Prime Minister Ahmet Davutoglu would unexpectedly stand down from his post as a result of sharply escalating fighting behind the scenes over president Tayyip Erdogan's relentless attempt to rule Turkey with virtually no checks and balances, the market was not happy, and the volatility of the Turkish Lira soared the most in the past decade. 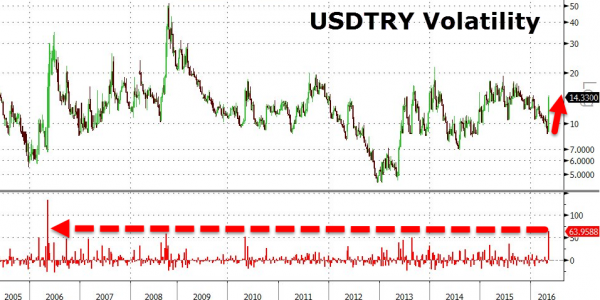 Since then the Turkish market has modestly tamed, even if the Erdogan's push for supreme control has done anything but, and during today's congress of Turkey's AKP, Erdogan confirmed an impotent lapdog, Binali Yildirim - a close ally for two decades and a co-founder of the ruling AK Party - as his new prime minister on Sunday, which as Reuters explained was "a big step towards the stronger presidential powers [Erdogan] has long sought." In plain English, Turkey is unofficially a dictatorship, in which Erdogan is president only in title and in reality a supreme despot as there is no longer anyone who can politically challenge the president.

In a speech to AKP delegates who earlier elected him party leader at a special congress, Yildirim, transport minister for most of the past decade and a half, left no doubt that he would prioritise the policies closest to Erdogan's heart. His main aim, he said, was to deliver a new constitution and create an executive presidency, a change Erdogan says will bring stability to the NATO member state of 78 million, but which opponents fear will herald greater authoritarianism.

Yildirim, 60, said constitutional change was a necessity to legitimize the existing situation, tacit acknowledgment that Erdogan has extended the traditionally ceremonial role of the Turkish presidency."The most important mission we have today is to legalize the de facto situation, to bring to an end this confusion by changing the constitution," he said. "The new constitution will be on an executive presidential system." 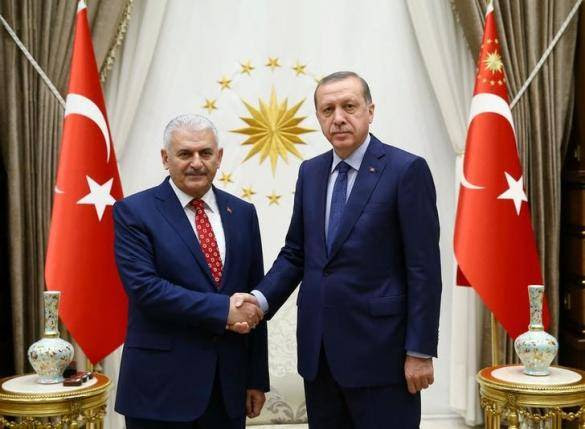 The constitutional change would give Erdogan unlimited power over virtually every aspect of governance.

As if proof were needed of where power in the party lies, delegates remained standing through a message from Erdogan read out at the start of the congress. Yildirim vowed that, under his leadership, the AKP's way would be "Erdogan's way". Justice Minister Bekir Bozdag said Erdogan was the party's one leader.

He has made clear he will pursue two of Erdogan's biggest priorities - the executive presidency and the fight against militants of the outlawed Kurdistan Workers Party (PKK) in the largely Kurdish southeast. "They are asking us when the anti-terror operations will end. I am announcing hereby that operations will end when all our citizens are safe," Yildirim said in an emotional speech.

"Operations will continue without pause until the bloody-handed terrorist organization PKK ends its armed actions."

Despite Erdogan's attempts to silence any journalistic criticism by sending his biggest public detractors to prison, some dares to voice their displeasure with what is happening inside the NATO member and Europe's close Asian ally:

"If they can succeed, this will be a transition period for the executive presidency," journalist Abdulkadir Selvi, who is seen as close to AKP, told Reuters.

And now that the Turkish premier figurehead is known, investors' eyes shift to the future of Deputy Prime Minister Mehmet Simsek, who according to Reuters is seen as one of the remaining anchors of market confidence. Erdogan, who favors consumption-led growth, has repeatedly railed against high interest rates in Turkey, saying they cause inflation, a stance at odds with mainstream economics. Without Simsek, investors fear, it will be less likely that the government will deliver on promises to liberalize the labor market, encourage savings and bring in more private investment.

Installing a puppet PM was not all Erdogan did in this busy week: just to make sure Erdogan can use the law to crack down on any of his political opponents, last Friday Erdogan's puppet parliament agreed to strip its members of immunity, a move which will be used by Erdogan to prosecute members of the pro-Kurdish HDP, parliament's third-biggest party, as well as anyone else he choose to take down.

He accuses the HDP of being the political wing of the Kurdish Workers' Party (PKK) which has waged a three-decade insurgency against the state. The HDP denies such links and says its parliamentary presence could be all but wiped out if prosecutions go head.

In other words, if any MP says or does something that the president disagrees with, said member of parliament will promptly find themselves under arrest and behind bars: a strong deterrent never to say or do anything that would displease the ascendant tyrant.

It is this stripping of immunity that Germany's Chancellor Angela Merkel said she would discuss with Erdogan on Monday when the two meet tomorrow in Istanbul, voicing disquiet at a measure meant to sideline the pro-Kurdish opposition. 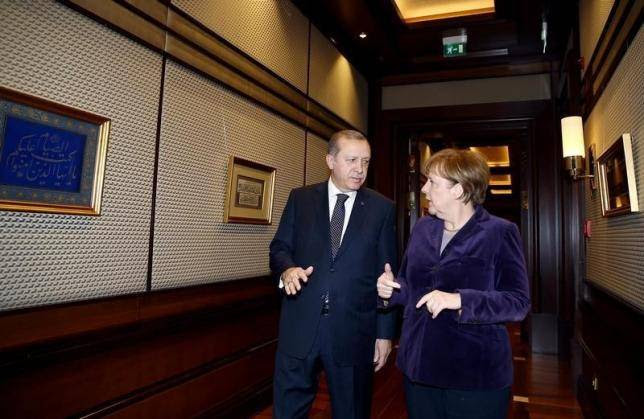 "Naturally some developments in Turkey are causing us grave concerns," Merkel told the Frankfurter Allgemeine Zeitung on Sunday, one day before she meets Erdogan on the sidelines of a U.N.-sponsored humanitarian summit in Istanbul.

However, it's not as if Merkel has any leverage or strings to pull. Quite the opposite: Merkel is facing accusations at home that she has become too accommodating of Erdogan as she tries to secure a European Union deal with Ankara to stem the flow of refugees from Turkey into Europe, the bulk of whom have gone to Germany.

Worse, the accusations are 100% accurate, because as of this moment the person who dictates the future of Europe is neither in Greece, nor in Great Britain, but is not even located in Europe in the first place (although that may change soon). This guy. 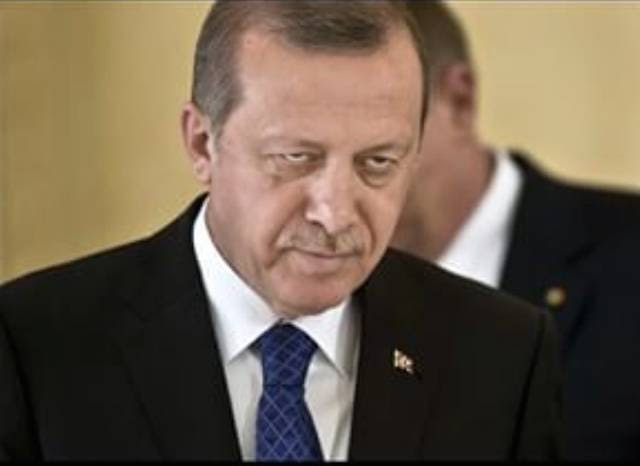 Posted by seemorerocks at 19:08