US Republican presidential candidate Donald Trump has reached the number of delegates needed to secure the party's presidential nomination. 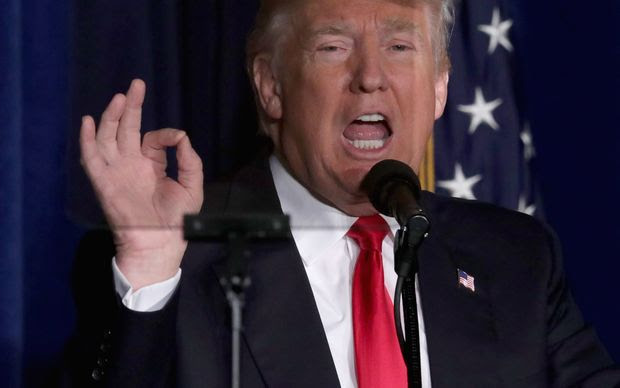 Photo: AFP
RNZ,
27 May,2016
Its delegate count has him reaching the quota thanks to a small number of the party's unbound delegates.

They told AP they would support him at July's Republican convention.
Mr Trump, who defeated 16 other Republican contenders, reportedly has 1238 delegates - one more than needed.

Republicans are expected to finalise their nomination at the convention in Cleveland in July.

If confirmed, Mr Trump will face former US Secretary of State Hillary Clinton or Vermont Senator Bernie Sanders, who are vying for the Democrat nomination.

On Wednesday, the New York billionaire suggested going against Mr Sanders in a TV debate in California before the state's primary on 7 June.

Mr Sanders agreed to the debate in a tweet, saying "Game on".