"How Many Villages Do They Have To Massacre Before They Become Bad Guys?"

QUESTION: Well, sir, I know you said that you don’t know much about Ahrar al-Sham and what they did in al-Zahraa. I have the photograph that I mentioned. I was reluctant to show it because of how graphic it was, but now I think I will do so and maybe this will prompt you to look into this group. And I want to ask you why should this group have protection under the cessation of hostilities when they clearly don’t care about cessation of hostilities?

MR TONER: Look, I’m just not aware of this incident. I’m not – I was not casting doubt or not trying to – I just am not aware of it. 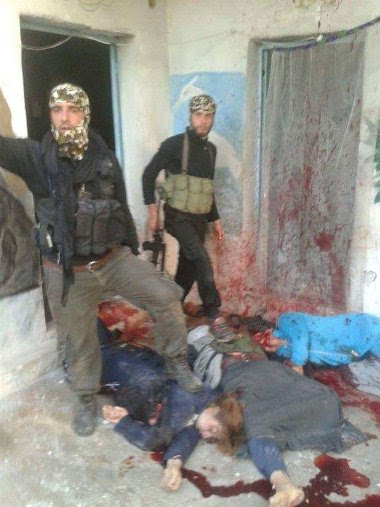 QUESTION: Yesterday, I asked a few questions that you said you would look into. First about thereported brief visit of an Ahrar al-Sham representative to Washington, D.C. Did his visit raise any red flags? Second, what does the U.S. think about this group Ahrar al-Sham, and why should they have the protection under the cessation of hostilities when, by many accounts, they don’t care much about that cessation of hostilities?

MR TONER: [...] Look, I mean, we talked a little bit about this yesterday, but Ahrar al-Sham is not a designated foreign terrorist organization. And as we talked about, it is part of this vetted group of opposition forces that are part of the HNC, High Negotiating Council. That was a process mostly led by Saudi Arabia [...] You talked about the attack, and I think we did condemn that. [..] We have serious concerns about that kind of violence.
[...]
MR TONER: -- we believe that that kind of action at this point in time would have a damaging effect on the cessation, as well as on the whole political process. We agreed that this group would be a part of the HNC, with the expectation that they will not commit violations of the cessation and that they will not carry out brutal attacks. We’re aware of last week’s attacks. [...]

QUESTION: Is this a yellow card?

QUESTION: Did you know that --

QUESTION: How many times – how many villages do they have to massacre before they become bad guys?

MR TONER: Look, we have – we’ve spoken out about this attack last week. I’m not going to get into soccer references.
[...]
MR TONER: First of all, no, we’re not giving them a yellow card. Second of all, they, like any member of the Syrian opposition who is part of the HNC and part of the cessation of hostilities, has to abide by it.
[...]
QUESTION: You know both Ahrar al-Sham and Jaysh al-Islam espouse exactly the same dogma as Jabhat al-Nusrah and others. They are anti-Western, they are anti-liberal, they are anti-democratic. They want to establish a very draconian caliphate and so on. What qualifies them as part of the moderate opposition?

MR TONER: As I said, I don’t have the specific scorecard in front of me. This was – but it was a process that was – the process of choosing the HNC was something that was agreed upon by all the parties of the ISSG with the understanding that no one’s given a free pass, and I accept that.

QUESTION: I want to follow up on Said’s question.

QUESTION: Did you know that one of the founders of --

MR TONER: I’ve answered many of your questions and I have to run. Please, in the back.

On the right Abu Khalid al-Suri, a founder of "moderate" Ahrar al Sham for which the U.S. State Department runs cover. On the left the founder of another Saudi vetted "moderate" organization. 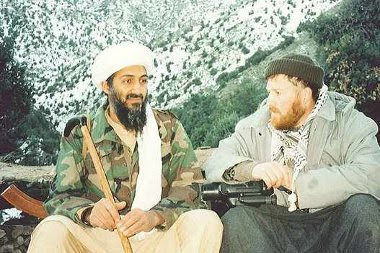 Abu Khalid al-Suri, also known as Abu Omeir al-Shami [..]: Suri was a co-founder of Ahrar al-Sham and acted as Ayman al-Zawahiri’s representative in Syria, charged with facilitating reconciliation amongst Islamist militants in the region. [...] Suri's close ties with Al Qaeda became clear after his death, when AQ commander Ayman al-Zawahiri published a eulogy for the fallen Ahrar al-Sham leader and AQ posted a video documenting his participation in Al Farouq training camp in Afghanistan, including photos of him with Osama bin Laden and Zawahiri.