"Plenty of water" in California, says the Donald

Don’t worry folks! Donald Trump has got it all worked out

Trump: I will solve California drought

Donald Trump told voters in Fresno, California that he has a solution to the state's water crisis because there is "plenty of water."

Thanks El Niño, But California’s Drought Is Probably Forever 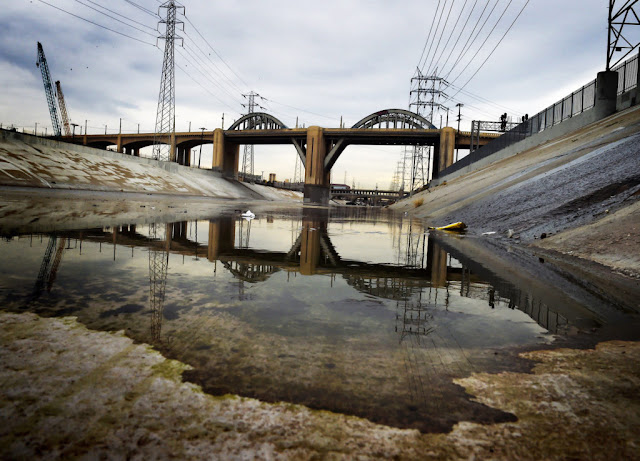 Drought is a tricky thing to define. It is not just a matter of how little water falls out of the sky. If it were, you would be forgiven for believing that California’s wettish winter had ended, or even alleviated, the worst drought in state history. But no. Despite the snow in the Sierra Nevada, the water filling Lake Shasta, and the rapids in the Kern River, California is still in a state of drought. For now, maybe forever.

Even the governor thinks so. On May 9, Jerry Brown issued an executive order that makes permanent certain emergency water cuts from the past few years. “Now we know that drought is becoming a regular occurrence and water conservation must be a part of our everyday life,” Brown said in a prepared statement.

The most impactful part of Brown’s order requires that cities submit monthly water use, conservation, and enforcement reports to state officials. The order also promises updates to both urban and rural drought preparedness guidelines, and bans wasteful things like washing your car without a shut-off nozzle, or hosing down sidewalks. (The wastefulness of that last one is debatable if you’ve ever taken a walk through San Francisco’s SoMa neighborhood the morning after a Giants game.)

However, at the same meeting officials from the State Water Resources Control Board—California’s water police—indicated that cities would no longer be required to meet strict efficiency goals that the governor ordered last year. “Even though there are some areas that do not have adequate water supply, there are others that do. So this lets local officials decide based on their own resources,” says Timothy Moran, spokesperson for the Board.

So, obviously, the largest urban water district in the state went ahead and made it easier to drink. The Metropolitan Water District of Southern California is home to 19 million thirsty residents in a near contiguous suburban sprawl reaching from north of Los Angeles to the Mexican border. On May 10, the MWD eliminated stiff rationing and overuse fees for the cities and smaller sub districts that buy from it.

Which is kind of insane. The entire Metropolitan Water District is in either Extreme or Exceptional Drought. Those are technical terms, by the way, defined by a government agency. They mean a region’s precipitation, streamflow, reservoir storage, and soil moisture are in the 1 to 5 percent ranges of normal.

But in California, drought is a but a geographic construct. A statewide network of reservoirs, canals, pipes, and pumps connect the dry places to the wet. “We import from Northern California and the Colorado River, and we saw an improvement in supply conditions, particularly up north, that allows us to ease restrictions on our allocation,” says Bob Muir, spokesperson for the agency. Who needs rain when you’ve got plumbing?

Not everyone is convinced. “I’m not opposed to giving districts more leeway in determining what they do,” says Peter Gleick, president and co-founder of the Pacific Institute, a water think tank based in Oakland. “But I do worry that this is too soon to be easing up on the conservation and efficiency measures that have just barely been put in place over the past couple of years.” Gleick worries that consumers will get the wrong message and think the drought is coming to an end. (Which—this bears repeating—it is not.)

And here’s the important takeaway: No amount of plumbing can permanently slake California’s thirst. California needs less thirst, yes, and more equitable distribution of that lessened thirst. Brown’s new rules mostly target cities, which consume roughly 10 percent of the state’s water. “Part of the problem is California has always treated agricultural and urban water differently,” says Gleick. Agriculture guzzles 41 percent of the state’s water (though many would argue that the state’s wild rivers and endangered fish, which get nearly 50 percent of the water pie, are the real guzzlers), and many of their rights are untouchable.

In fact, most of California’s water laws are pretty well bound up. “So the bad news is that this really is sort of a Gordian Knot,” says Gleick. “The good news is the drought has opened doors to some conversations we need to have about water rights, groundwater management, and monitoring.” He sees lawsuits on the horizon, particularly between rightsholders whose claims precede California’s water police, the State Water Resources Control Board. Those fights will touch on wording in the state’s constitution, which requires water be used for “reasonable and beneficial purposes.” But what does that even mean? A farmer has different ideas than a fisherman; an Angelean from a Sacramentan.

Water fights are as old as the west. And even if you can’t define a drought, you should by now know exactly what one looks like: California.
Posted by seemorerocks at 15:38