Our denier PM directs the public what they should think about NZ’s unprecidented extreme weather events.

PM: Climate change not to blame for floods 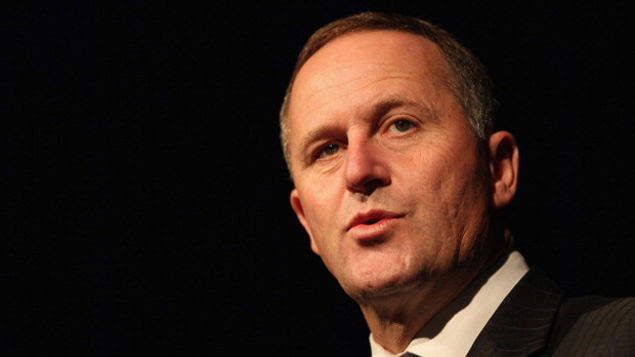 The Prime Minister is reluctant to blame climate change for a spate of flooding events throughout the country.

Parts of the lower North Island have been inundated, only weeks after flooding in Dunedin, and before that, Wellington.

John Key reports it's hard to pinpoint the cause of severe weather.

"Certainly the advice we get from the scientific community is that the likelihood of climate change effects occurring are firming up, and certainly some people would associate it with this, but I'm just not sure you can make that call."

The bill for flooding damage across the lower North Island could run into the tens of millions.

John Key said they're pretty sure repairs will cost into the millions, and it could be more.

Slips and road damage is the biggest problem, and there will have to be negotiations on how that's paid out.

Key said the government is usually responsible for State Highways while councils take care of local roads, but in a case of major damage the government could help with more of the cost. 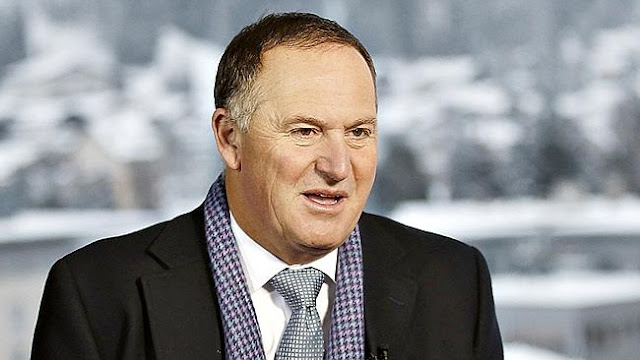 The Prime Minister is this morning reluctant to blame climate change for a spate of flooding events throughout the country. And has told the people of Wanganui to, "Suck it up."

Parts of the lower North Island have been inundated, only weeks after flooding in Dunedin, and before that, Wellington.

But Prime Minister Key, who also holds a BSc in Climatolology & Wind Studies, reports it's unlikely that global climate change is the cause of severe weather.

"I'm just not sure you can make that call really." Said Key. "Having studied the climate a lot, my expert opinion would be that this is most likely Helen Clarke's fault. It's hard to draw a direct link, because that's the nature of climatolology, but the modelling shows it's definitely Helenthropological."

The bill for flooding damage across the lower North Island could run into the tens of millions with slips and road damage causing the biggest problems.

"That's all good," said Key. "We'll most likely be sending the bill to Helen anyway. So it won't cost my taxpayers anything."

Mr Key went on to acknowledge the very real threats posed to New Zealanders by climate change. "Certainly the advice I'm giving as a scientist is that climate change is not necessarily panning out like we potentially thought it might. We were anticipating more days at the beach, and barbecues with Prince Harry, but it looks like kayaking and fishing is now more the go."

"Look!" Said Laws loudly. "This has got nothing to do with climate change, or Helen Clarke. The flooding is God's vengeance on us for allowing ignorant cultural activists to put a fucking H in Wanganui!"