NZ is being robbed by Key and his cronies 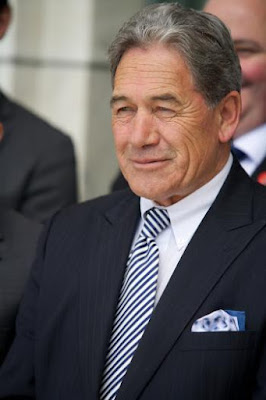 
The Key government has done a massive disservice to Kiwis, young and old, by not keeping up payments to the Cullen Fund, says New Zealand First Leader and Member of Parliament for Northland Rt Hon Winston Peters.
“It has robbed NZ Super of well over $17 billion in contributions and lost profit on those contributions that would have gone directly to build the fund. At the same time National has fleeced the fund with new taxes in excess of $4 billion.
“The government’s excuse for taxing the fund was that it would make the fund more efficient – that was an absurd excuse and a gross insult to the fund managers of the of the world’s best performing savings fund.
“The damage National has done to affordability of future pension payments is clear in the stellar investment results of the Cullen Fund, set up to cushion pension payments at the start of peak demand in about 15 years.
“The Fund is the top ranked sovereign fund performer in the world, worth $30 billion. It would have been $47 billion had National paid the contributions over 10 years.
“While New Zealand First says NZ Super is affordable at about 4.1 net of GDP the Cullen Fund was a wise move to reassure Kiwis that they will have a pension during heavy demand.
“Already detractors of NZ Super have ramped up anxiety and misinformation convincing young people they won’t be able to get a pension. The Cullen Fund was about planning for the future which this government has failed to do in any way.”