Pakistan heatwave: Death toll over 1,000 in Sindh
The death toll from a heatwave in Pakistan's southern Sindh province has passed 1,000, reports say. 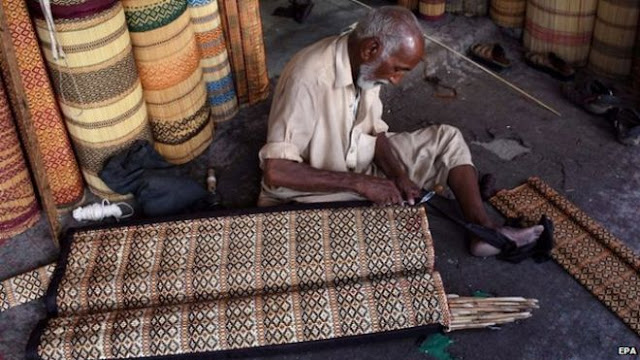 Local media say that at least 950 people have died in Karachi, with tens of thousands being treated for heatstroke and dehydration.
Temperatures dipped to 38C (100F) on Thursday but the spokesman for a leading charity told AFP that the death toll could reach as high as 1,500.
Officials have been criticised for not doing enough to tackle the crisis.

Severe electricity cuts in Karachi have angered residents as they have been left without working air-conditioning units and fans.
Anwar Kazmi, a senior official of leading charity the Edhi Welfare Organisation, said that the refrigeration units in the morgues had also stopped working.
Medical officials have been overwhelmed with the number of bodies and have been forced to store body bags on the floor, said Mr Kazmi.
Wednesday was declared a public holiday by the administration in Sindh in the hope that people would stay indoors out of the sun and avoid heat stroke.
But medical workers have said that they are still struggling with the number of people needing treatment.

How the body copes with heat 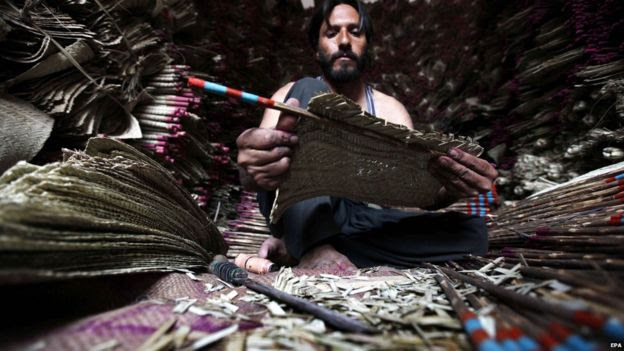 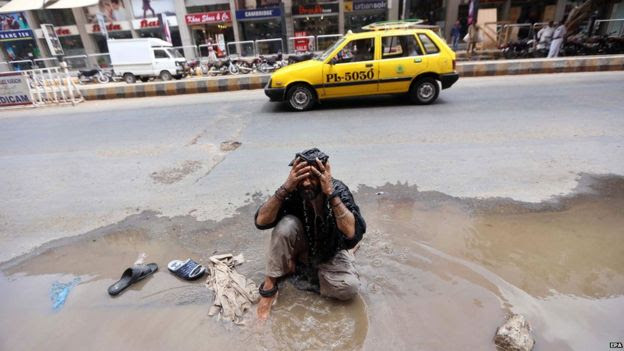 "The heatwave has coincided with several power cuts in Karachi that have angered residents and left many without ways of keeping cool
Doctor Qaiser Sajjad of the Pakistan Medical Association in Karachi told AFP that a lack of understanding of the symptoms of heat stroke had contributed to the high death toll.
"The main reason was a lack of awareness among the public," he said. "No-one knew how to cope in such a situation."
Matters have been made worse by the widespread abstention from drinking water during daylight hours during the fasting month of Ramadan.
Some clerics have issued statements and appeared on television reminding people they are not obliged to fast if they are weak, elderly or simply not fit to do so.
But Reuters reports that some shops have refused to sell ice or water during the day, citing religious laws that mean they can be fined.
Many of the victims are elderly people from low-income families.
Hot weather is not unusual during the summer months in Pakistan, but Prime Minister Nawaz Sharif called for emergency measures on Tuesday when temperatures reached 45C (113F).
Heat stroke centres have been set up by the army, offering iced water and rehydration salts.
The all-time highest temperature reached in Karachi is 47C, recorded in 1979.
Last month, nearly 1,700 people died in a heatwave in neighbouring India.
There is hope that pre-monsoon rains will improve conditions but, although more rainfall is expected, it has not been significant so far.

How the body copes with extreme heat 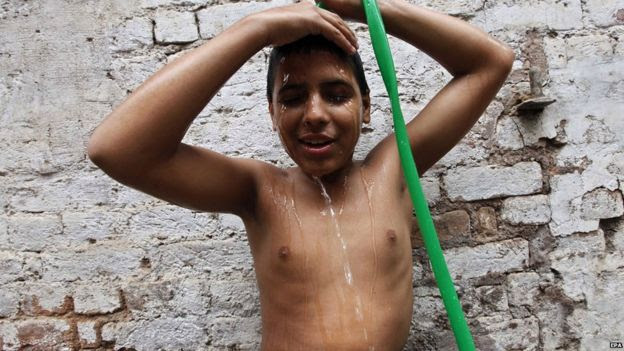 The body's normal core temperature is 37-38C.
If it heats up to 39-40C, the brain tells the muscles to slow down and fatigue sets in. At 40-41C heat exhaustion is likely - and above 41C the body starts to shut down.
Chemical processes start to be affected; the cells inside the body deteriorate and there is a risk of multiple organ failure.
The body cannot even sweat at this point because blood flow to the skin stops, making it feel cold and clammy.
Heatstroke - which can occur at any temperature over 40C - requires professional medical help. If not treated immediately, the chances of survival can be slim.
There are a number of things people can do to help themselves. These include:
Posted by seemorerocks at 18:11