Hyperbole from Britain’s tabloid press? Not if the forecast is accurate

UK weather: Scotland could be hotter than Thailand this week as heatwave brings record temperatures
The predicted temperatures are so high they are "off the scale" of computer forecast models - and could kill scores of people 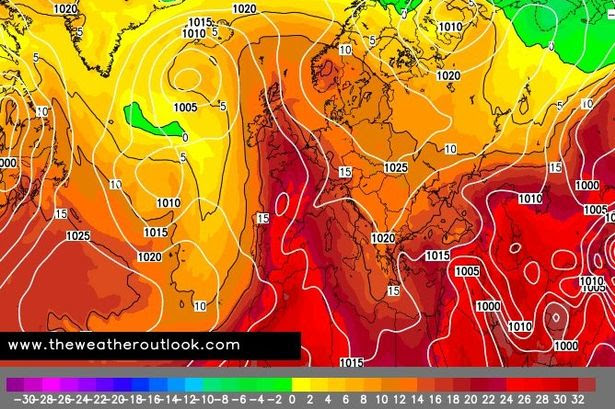 Experts fear scores of people could die in Scotland this week as an African heatwave sends temperatures soaring.

The predicted temperatures are so high they are "off the scale" of computer forecast models, according to experts.

The Met Office forecasts that hot air stemming from the African continent will send highs in southern Scotland rocketing from 19C on Monday to 24C the following day, with a 30% chance of 30C-plus temperatures and 10% chance of 32C on Wednesday.

Bookmakers Ladbrokes slashed odds on the country's all-time record temperature of 32.9C at Greycrook, Borders, on August 9, 2003 being broken from 4/1 to 2/1.

Scotland will be hotter than Zakynthos in Greece (28C) and could even better Phuket in Thailand (31C) before temperatures drop to the mid-20s on Thursday as thunderstorms threaten washouts.

Its hottest day of the year so far was 23.8C on June 11 at Aboyne, Aberdeenshire.

Met Office forecaster Marco Petagna said: "It's going to be very hot for Scotland. Dumfries and Galloway looks hottest - but areas like Glasgow will also be well above average."

Forecaster Brian Gaze, of The Weather Outlook, said: "The heat is so extreme it's off the scale on forecast charts. High-altitude air temperature charts stop at 18C - but 23C is forecast.

"The weather will make headlines through the week."

Past heatwave deaths data shows that scores could die as a result - and not all people expected to die in the coming months anyway.

The elderly and ill are most at risk, along with babies who struggle to control their body temperatures.

Met Office forecaster Marco Petagna said: "The issue is the sudden build of heat. People could be caught unawares." 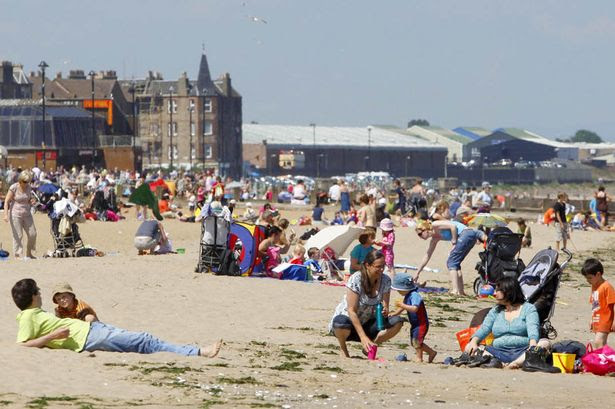 Who needs the Med? People hit the beach near Edinburgh

Deaths among over-75s rocket 60% in heatwave conditions. Experts said deaths due to hot weather will start when temperatures climb over 21C.

London School of Hygiene & Tropical Medicine's Professor Ben Armstrong, who carried out Medical Research Council-funded research into hot weather deaths, said: "Scotland is likely to have some excess deaths on days when maximum temperatures rise above thresholds of 21-22C."

The situation will be even worse in England, with record 38.5C temperatures at risk in the South East, threatening the lives of thousands of people. 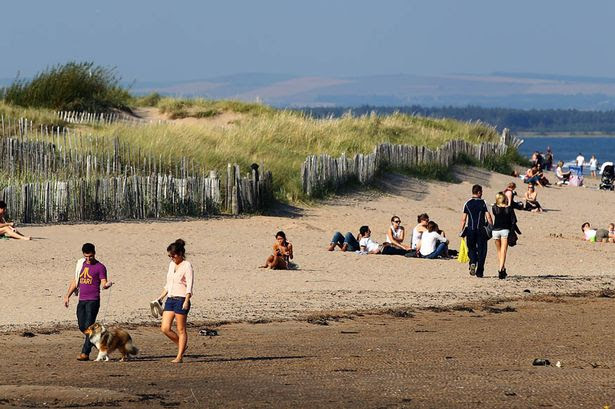 Department of Health records show July 2006's UK heatwave - which peaked at 36.5C in England and had 14 consecutive days with temperatures over 28C - caused 680 additional deaths.