The stuff of madmen: refreezing the ice 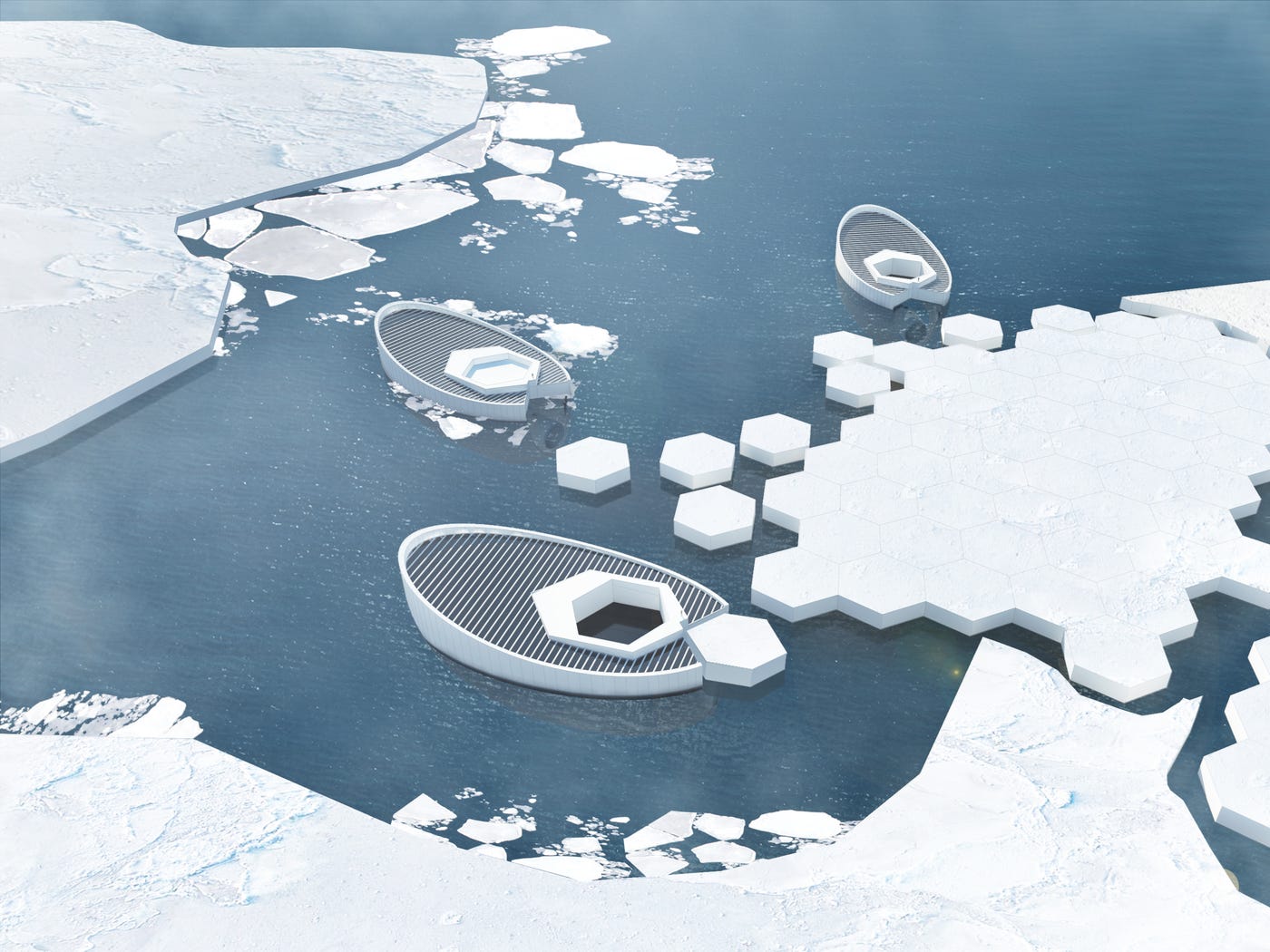 Running out of ice? Make some more.

That's the idea behind a new proposal for a submarine that could freeze seawater to create new icebergs. The concept, from a team of designers from Indonesia, won second place in an international design competition through the Association of Siamese Architects.

The goal of the submarine is to replace sea ice as it melts, inspired by efforts to tackle rainforest loss by planting trees.

"If we could cover more polar surfaces again with ice, it would certainly prevent the absorption of heat by the oceans, which would also affect global temperatures," Faris Rajak Kotahatuhaha, an architect who led the team, told Business Insider in an email. "The ultimate goal is to respond [to] sea-level rise with the different way of thinking." 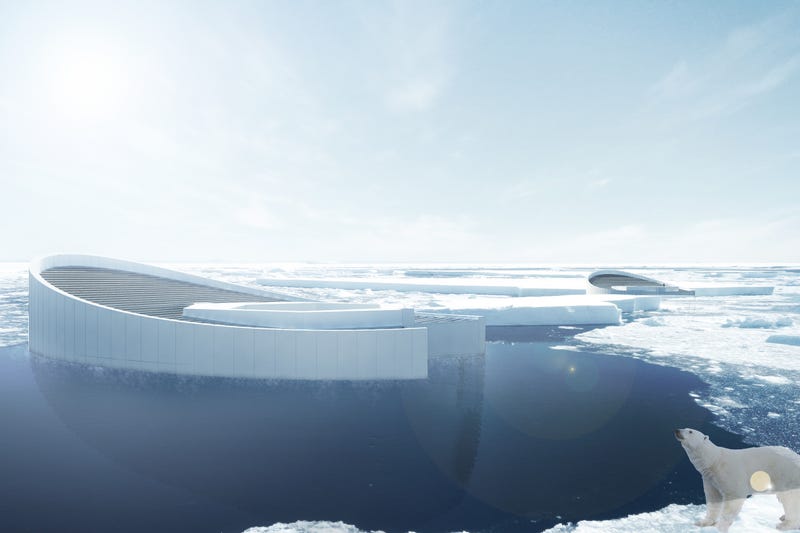 The proposed iceberg-making submarine as it might look in the Arctic. Faris Rajak Kotahatuhaha

Melting ice is certainly a problem in need of a solution: Greenland saw record ice melt last month, and Antarctica is losing ice faster than ever in recorded history. Both Greenland's ice sheet and one of Antarctica's biggest glaciers are approaching a threshold of irreversible melting.

If they were to collapse, rising seas would swallow coastal cities.

A submarine that births an 'ice baby'

According to the team's design, the ice-making submarine would dip below the ocean surface to fill with seawater, then rise back to the surface and close the hatch of its hexagon-shaped well. Reverse osmosis would then filter salt out of the water so that it could freeze faster.

The submarine would dump the concentrated salt back into the sea, while the remaining fresh water would freeze inside a hexagon-shaped cast surrounded by turbines to insulate it with cold air.

After a month, the submarine would reopen its hatch, sink below the water, and pop out an 82-foot-wide, 16-foot-thick hexagonal ice chunk. The ship could then push that "ice baby," as the team calls it in the video below, next to other hexagonal icebergs to build an ice sheet.

But Mark Serreze, the director of the University of Colorado's National Snow and Ice Data Center, told NBC News that he saw the submarine idea as little more than "a Band-Aid."

"What are you going to do, put out a flotilla of 10,000 submarines?" Serreze said, highlighting that such submarines would have to be deployed on an enormous scale to affect the rate of sea-level rise.

Michael Mann, a professor of atmospheric sciences at Penn State, told NBC that the concept was "like trying to save the sand castle you built at the beach using a Dixie cup as the tide comes in."

To really lower sea levels, the icebergs this proposed submarine could make would have to end up on land, Serreze said. That's because melting sea ice does not directly contribute to sea-level rise, since the ice is already in the ocean regardless of whether it's liquid or solid. Melting land ice — like glaciers and ice sheets — is the real threat.

Ice melts during a heat wave in Kangerlussuaq, Greenland, on August 1. Caspar Haarloev from "Into the Ice" documentary via Reuters
Sea ice does play a crucial role, however, since it reflects more sunlight (and its warmth) away.

In the video, the design team says new sea ice could also help restore polar ecosystems suffering from the loss of ice habitats.

"If the ice formed is large and broad enough to reflect more sun, and if global temperatures have become cooler, the 'ice babies' can again be produced as permanent ice on the Arctic," Kotahatuhaha said.

The submarines could also serve as research centers, living spaces, and hubs of eco-tourism, the team said. 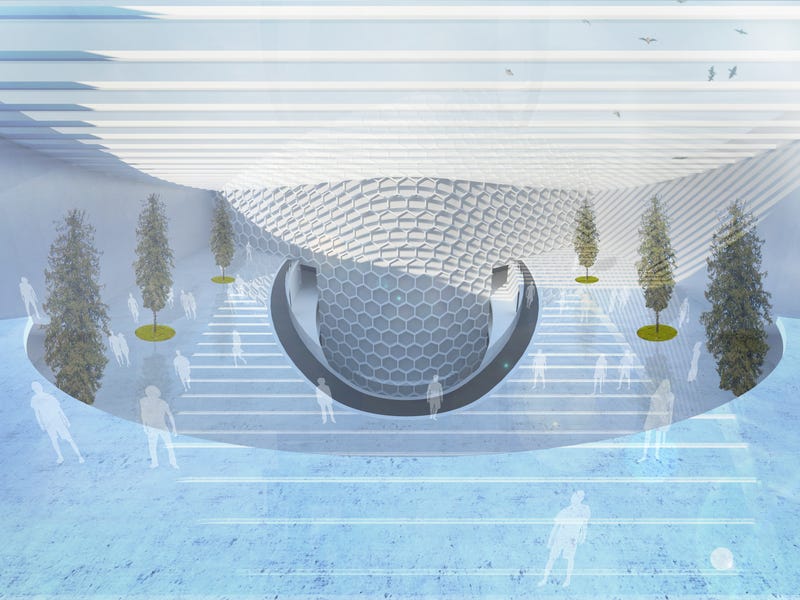 The proposed ice-making submarines could serve as research centers or hubs of eco-tourism. Faris Rajak Kotahatuhaha

Lingering questions about an ice-making submarine

Some details about how an ice-making submarine could come to fruition are still unclear.

"Who's going to build them and how much energy does it take, and how are the submarines powered?" Serreze told NBC.

Kotahatuhaha said his team still needed to conduct more research and get outside expertise to iron out those details, but he'd want the submarine to be a "zero-emission vehicle" that harnesses power from the sun or tides. If the vessel were powered by fossil fuels, it would contribute to sea-level rise by releasing greenhouse gases into the atmosphere. (The heat those gases trap leads ice to melt and ocean water to expand in volume.)

Geoengineering as a last resort 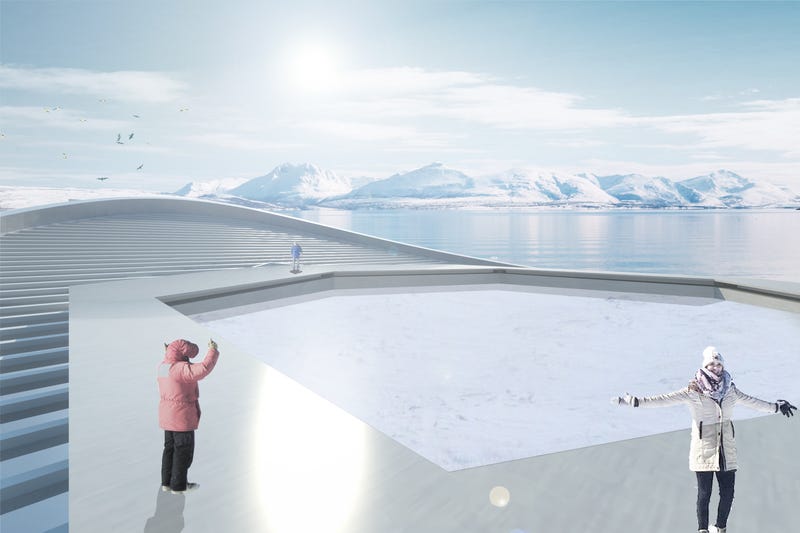 The submarine as it would look in action, with people for scale. Faris Rajak Kotahatuhaha

The ice-making submarine is far from the only proposed geoengineering solution to the climate crisis. Scientists and startups have also suggested cannons that would shoot fake snow across Antarctica and a balloon that could pump aerosols into the atmosphere to deflect sunlight.

The most common critique of all these ideas, however, is that they don't address the root problem: greenhouse-gas emissions that cause climate change.

"There has been a lot of work on geoengineering, and it should continue," Serreze told NBC. "We never want to go in that direction. But if it's a last gasp, then you try it."